At least 17 people including two young children were buried alive in their sleep as a 20ft high wall collapsed on their homes amid heavy rains in India.

Police said the wall came down around 5.30am in a village 30 miles north of the city of Coimbatore, in southern India, crushing four houses. The dead include two seven-year-old children, two teenagers, and their older relatives. Fire crews using excavators are still searching the rubble for more victims.

Authorities have announced compensation of 4,000 rupees (£40) for the surviving relatives of the victims for each family member they lost. The wall collapsed amid heavy rains that have been lashing Tamil Nadu state since Saturday and have already claimed five lives, the Hindustan Times reported. 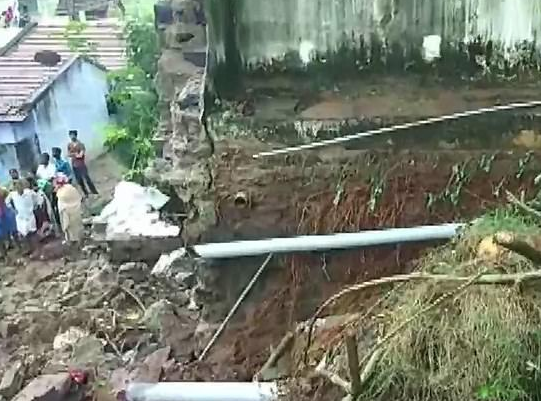 Building collapses are tragically common in India during wet periods with rickety and poorly maintained structures buckling under the weight of continuous rain. In July a collapsing wall killed 30 people in Mumbai.

Forecasters say Tamil Nadu state is due to receive more heavy rain over the next 24 hours, with warnings out across all six of the state’s districts.

Schools have been closed amid the downpour, while officials have warned that reservoirs and rivers are at their maximum level. Tamil Nadu state, and especially the city of Chennai, were hit by major droughts this summer that saw water shipped in from surrounding areas to meet supply.

Trotro driver & his mate fight inside gutter over payment issue

UK prime minister, Boris Johnson says Africans will be treated the same as Americans and people from around the world

The same effort you put in your looks before a TV show, do same with research – Kwame Gyan tells Serwaa Amihere