Apparently, Ghanaians on social media drew conclusions that he earned all the degrees in a period of 4 months so that can never be possible.

Sonnie Badu tried as much as he could to explain to Ghanaians that their conclusion was wrong but clearly, the misunderstanding ensued making netizens to mock him on social media.

Well, Trinity International University of Ambassadors (TIUA), the University from which he earned this certificates have finally spoken.

READ ALSO:  Galamsey will be free for everyone if I win 2020 – Osofo Kyiri Abosom

They denied awarding a Degree to renowned UK-based musician in a four-month period as widely publicised.

“…no student can obtain any major degrees including a PhD in four months, said TIUA on Friday.

TIUA in its Press Statement issued by the Legal Department stated: “Our institution prides itself in the quality of education tailored for each of our students i.e. including their extensive body of work in ministry.”

The University further noted: “TIUA makes no claims, implied or otherwise, that our educational programs, courses, or curricula are the same as offered by secular state colleges and universities. TIUA is not affiliated with the U.S. Department of Education. Credits and Degrees earned at TIUA are for those in Christian service.

It added:”Therefore, any degree that has been earned by our students (Including Dr. Sonnie Badu), are in alignment with the State of Georgia religious exemption authority to receive degrees from associates to doctoral degrees.”

Below is the full press release: 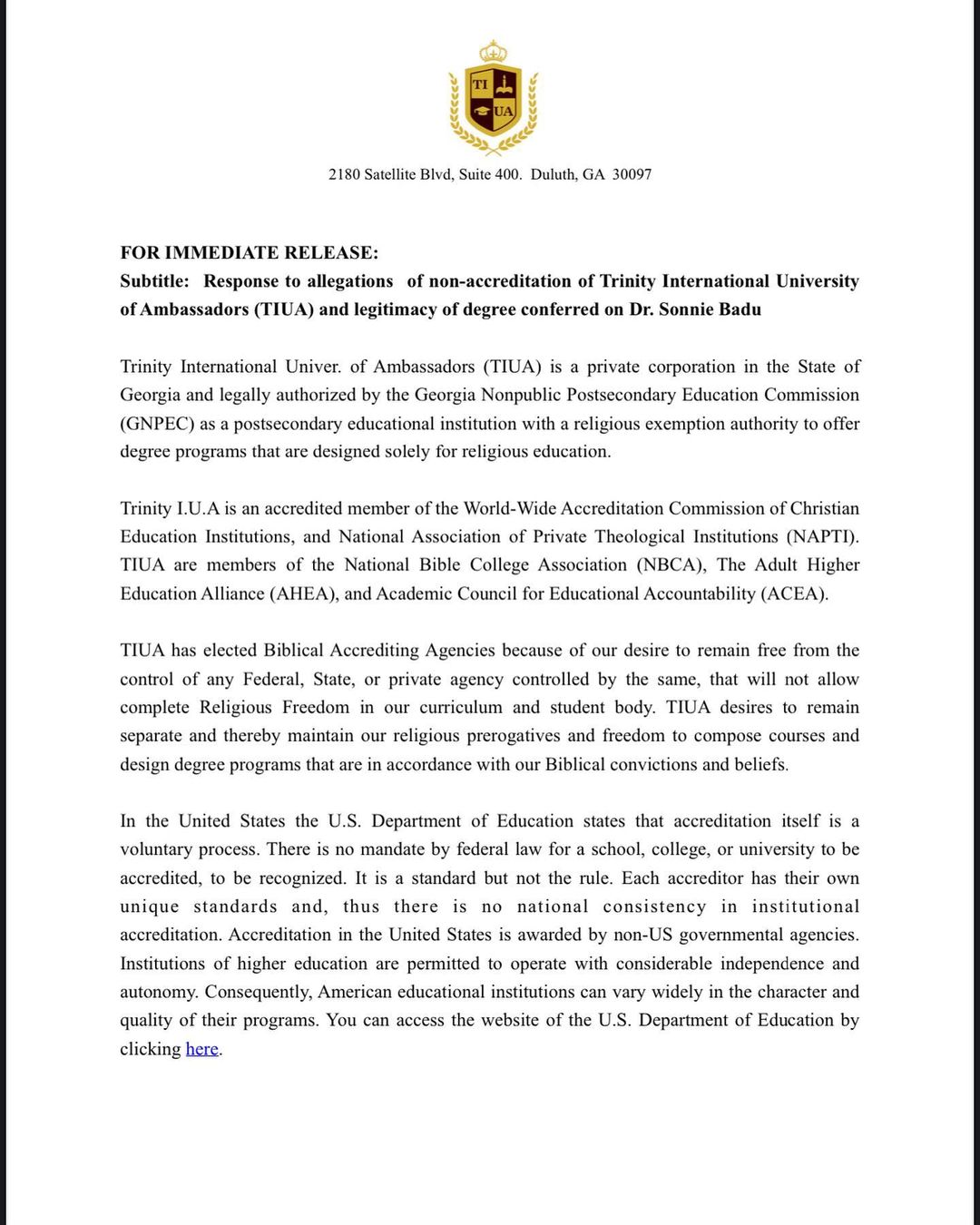 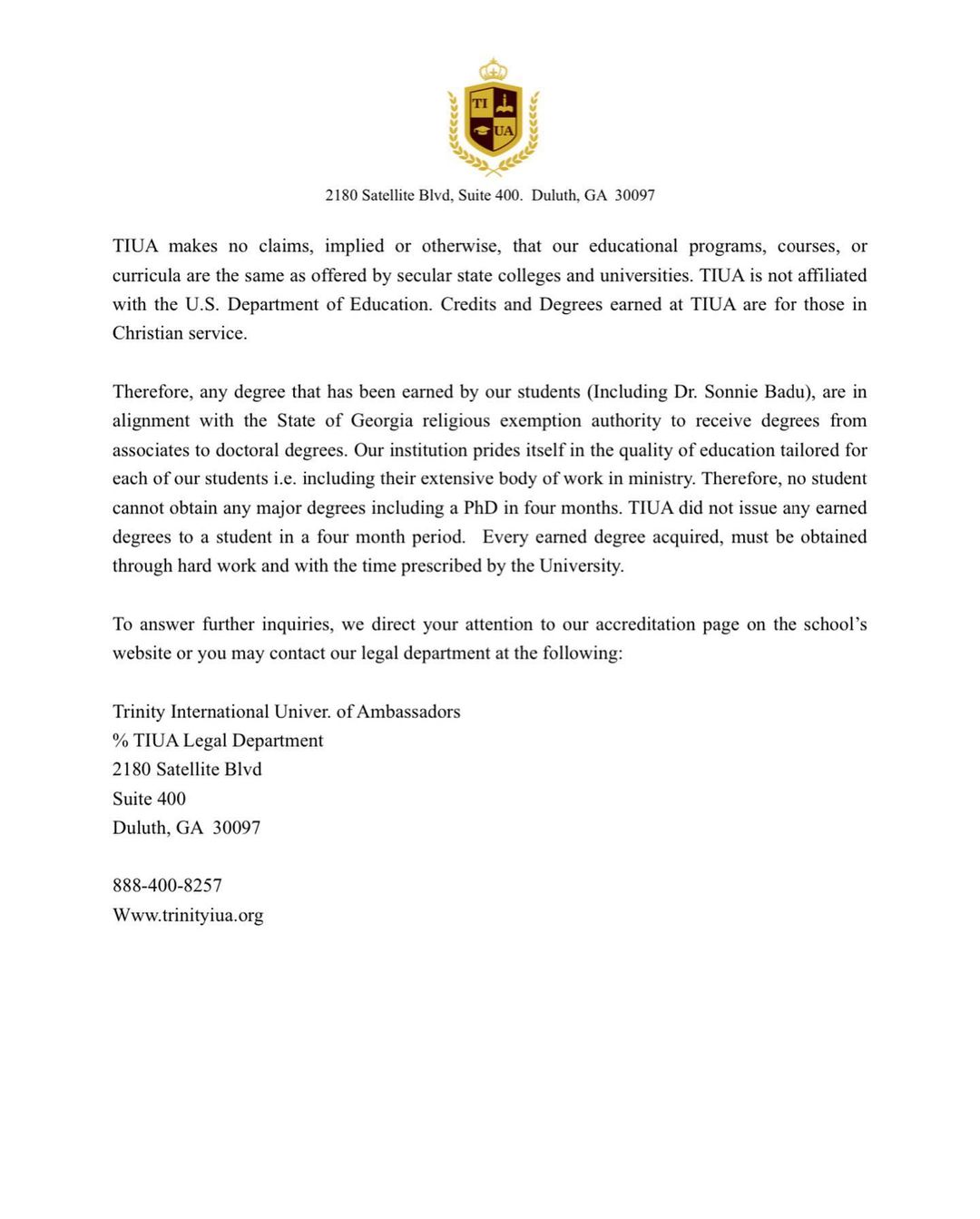 Democracy is not made for Africa, and that’s why are not developing’ – Sonnie Badu

I plead with the authorities to have mercy on Akuapem Poloo; she’s learnt her lesson – Sonnie Badu