One big turn-off for most men? That’s a woman who has attitude — a woman with an uncooperative behaviour.

Most men hate that.

But Actor Majid Michel is here with food for thought on those women that we might see as having ‘attitude’.

According to him, it takes a strong man to handle a strong woman.

Because strong women have standards and it’s only a weak man that see those standards as ‘attitude’.

Sharing a photo with actress Yvonne Nelson, the celebrated actor wrote: “A strong man can handle a strong woman. A weak man will say she has an attitude. Strong women don’t have “attitudes”. They have standards. @yvonnenelsongh” 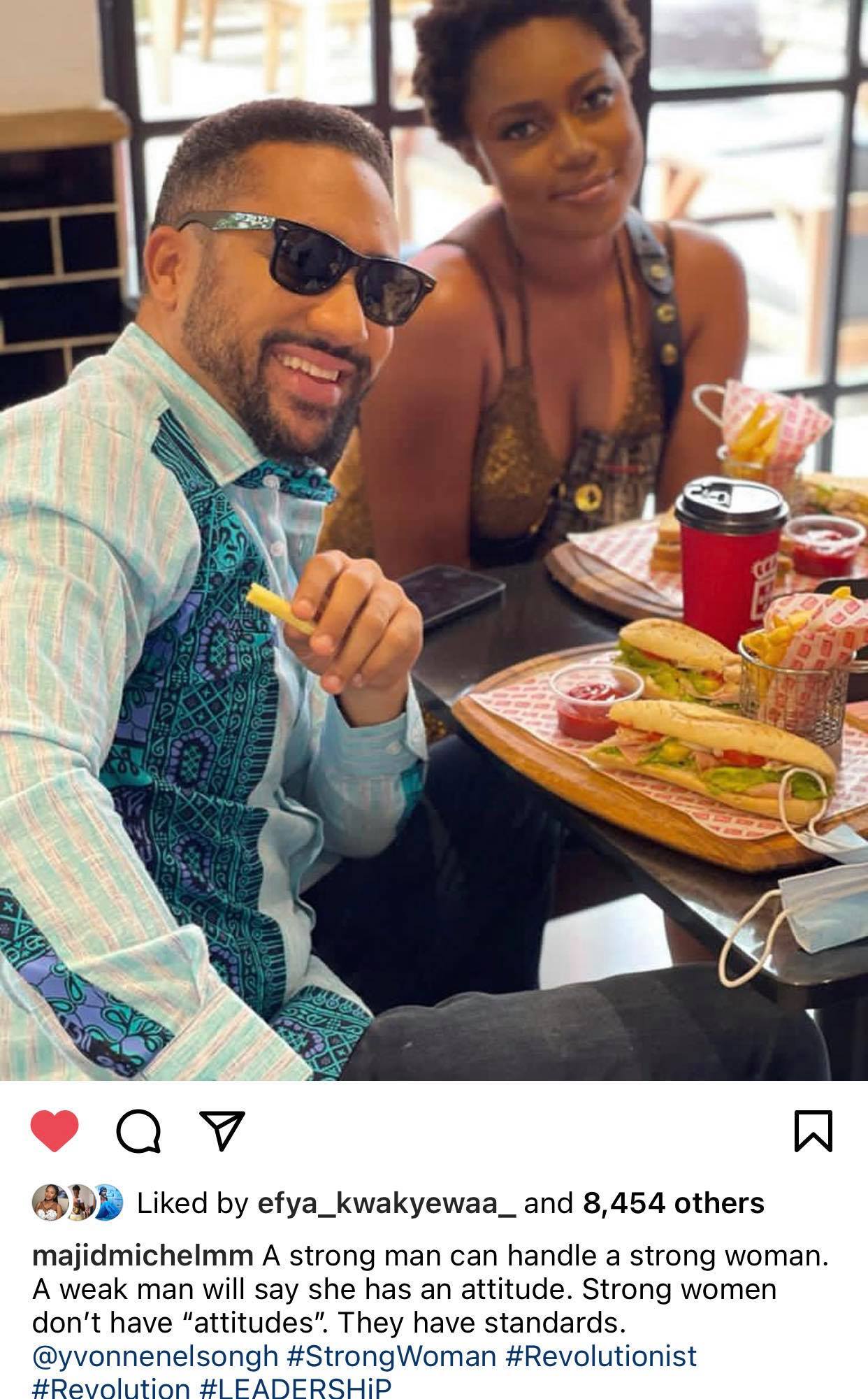