No one is above the law, no matter how popular, wealthy, beautiful, handsome, giant you may be, the laws must deal with you when you go wrong.

So when a few celebrities in Ghana went wrong, they were dealt with.

Celebrities Buzz presents to you a list of 5 Ghanaian celebrities who served jail sentences:

This came about after he was arrested with a group of friends smoking marijuana.

He was arrested on November 22, 2014, for smoking the illegal substance publicly.

He was remanded by the Kumasi Metropolitan Assembly (KMA) Circuit Court for over a month at the Kumasi Central Prison before he was bailed on December 30, 2014.

After back and forth court cases, he was sentenced to a day imprisonment on top of which he paid GHS1,200 as a fine.

She was transferred to the Ankaful prison on 19th April 2021 to begin her prison sentence after undergoing a mandatory COVID-19 test.

The controversial actress faced a major backlash in 2020 after she posted a naked photo of herself in front of her 7-year-old son.

A lot of people called on authorities to deal with her. She quickly deleted the photo and later apologised.

However, a Child’s Rights Activist group, Child Rights International, took her to court over the issue.

She was then convicted by the Accra Circuit court on Wednesday 14 April 2021 after she pleaded guilty to charges against her.

Her sentencing sparked major concerns on social media with celebrities suggesting that there’s a need for prison reforms. Many suggested that there should be non-custodian prison sentences as that was what Akuapem Poloo deserved.

The likes of American rapper Cardi B, John Dumelo, DKB Ghana, among others used the hashtag #FreeAkuapemPoloo for this course.

READ ALSO:  Showboy releases another song from prison alongside his signee Kojo Phino & it is a hit banger 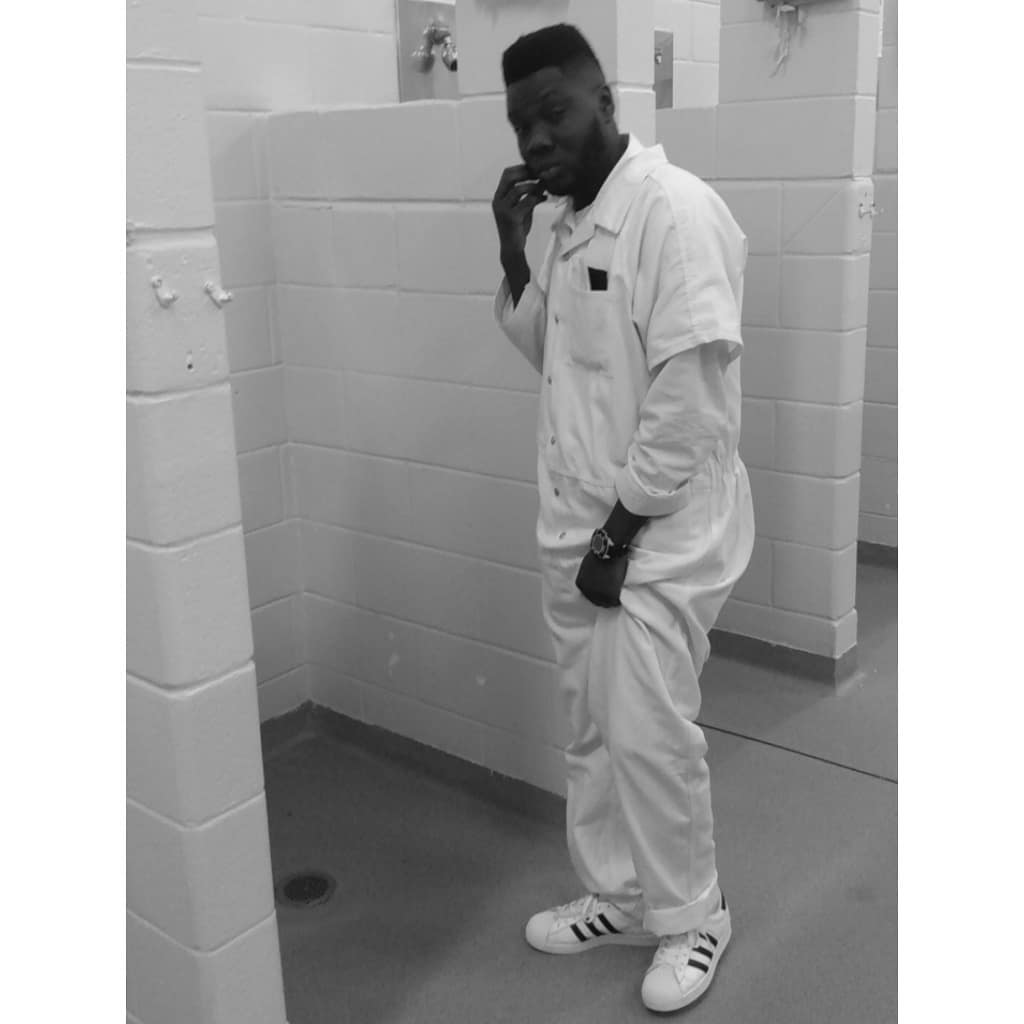 He got jailed for 6 years in March 2019 after his scuffle with Shatta Wale’s brother, late Junior US.

The physical attack led to Showboy stabbing Junior US.

Showboy pleaded not guilty in court saying he stabbed the latter out of self-defense. But given the pieces of evidence available to the judge at the time, the judge had to send him to a correctional facility.

He’s currently serving his jail term in the US.

Just like most musicians such as Vybz Kartel, he is still releasing new songs regularly. He has released songs such as Nyame Dada, Information Wo Wiase, just to mention a few from behind bars.

In 2006 Daasebre took a flight from Ghana to London to work on his music. At Heathrow airport he was arrested by police. His luggage contained cocaine of which he claimed to have no clue of. Eleven months in prison had a big impact on him.

READ ALSO:  If I come out from prison, broke people would have to hide; I'll be driving in 5 convoys & spending huge cash - Showboy

Geeman real name Nana Akwasi Agyemang was one of the best Ghanaian musicians in the 90s.

He was an instrumentalist, a dancer, and a musician. With his style, a lot of people actually called him ‘Ghana’s Michael Jackson’.

But his dreams and aspirations got crushed over a mistake he did.

This was because on the 9th of January 1995 G’Love Gemann was sentenced to death by hanging after an Accra High court found him guilty of shooting to death a taxi driver at the CFC Flats, Dome in Accra.

The musician was arguing with the driver over payment after the said driver had ferried a friend of Gemann, Jagger Pee to the musician’s house.

Both of them were found guilty and jailed.

He (Geeman) was sentenced to death by hanging in 1995 but for the intervention of President Kufuor in 2009, he was released by a presidential pardon.

That was after spending 14 years in prison.

He’s now a repented soul — preaching the Gospel of Christ.

Jagger Pee, on the other hand, was granted amnesty after serving two years of his life sentence.

If battling Nigerians is the way to go, then… – Kwaw Kese advises Shatta Wale.

Akuapem Poloo Showers Christmas Gifts On Son After Getting Out Of Jαil ?