The latest person to join his list of people he trolls is Kanye West.

As you might all know, Kanye is known for his weird fashion sense.

He wears things one can never imagine.

And in a recent photo, it appears the husband of Kim Kardashian sent the whole fashion thing to another extremely weird zone and this caused 50 Cent to mock him.

Sharing a photo of Kanye to Instagram, 50 Cent wrote: “welp now I know I’m not a style icon, I’m definitely not wearing that shit. LOL GET THE FUCK OUTTA HERE MAN. ” 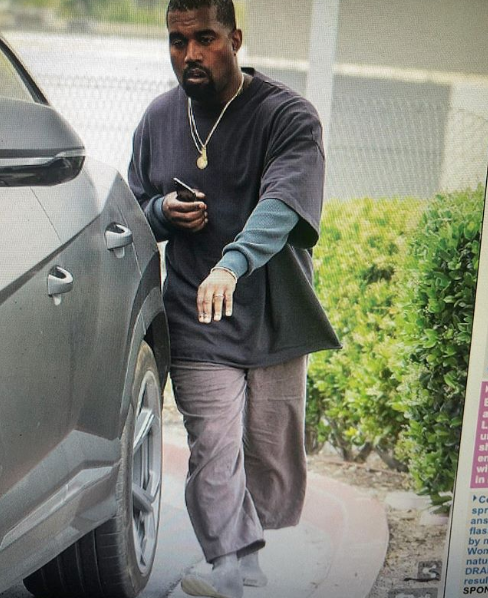