According to fresh photos circulating on Facebook, a shoal of dolphins has been washed ashore at the Brawire beach in Axim.

Axim is a coastal town and the capital of Nzema East Municipal district, a district in Western Region of South Ghana.

It’s not known what rendered the large number of dolphins dead, thus, causing them to be washed ashore.

However, many suspect it was caused by a poisonous substance which was sprayed in the sea.

It’s said that the dolphins are over 600 in number when they were counted.

As it stands, some fishermen who chanced on the dead dolphins has already cut them into pieces and sold them off to fishmongers.

A resident, Raphael Eshun, told the media that some fisher folk could not wait for health workers to arrive at the scene before they could cash in on the situation.

“I saw more of the whales close to the seashore and and I think more of them would be washed ashore today and tomorrow. The whales are so many that they have changed the colour of the sea water in the area,” he narrated.

The photos were shared on Facebook by a musician identified as Raphael Eshun Kwelity.

Sharing the photos, he wrote: “Guess what is happening at Axim now. Shoal of dolphins get stuck at Brawire beach” 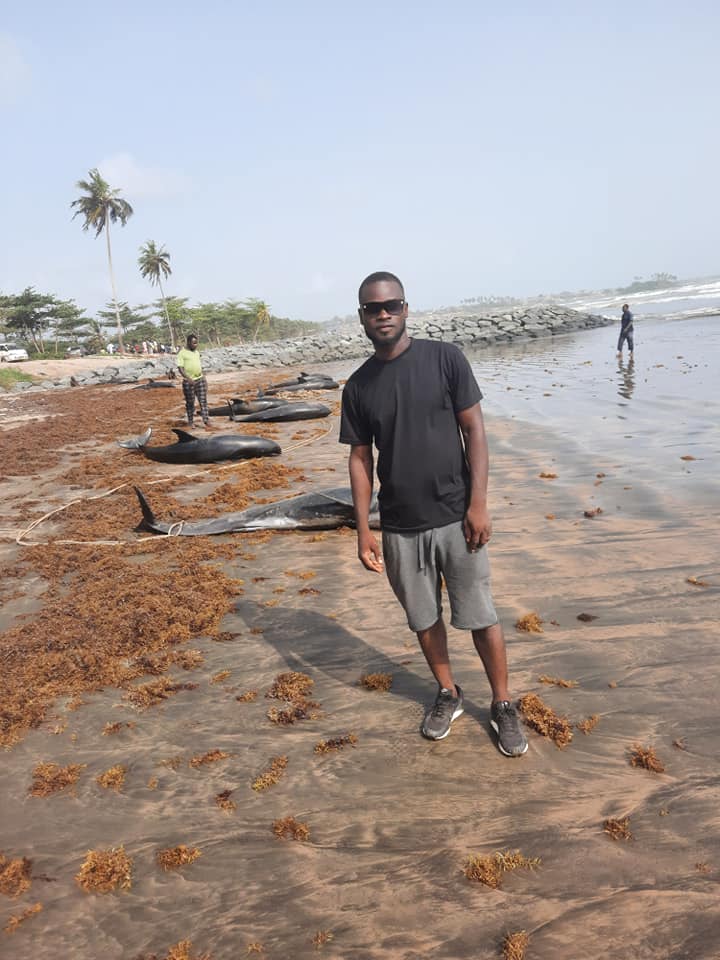 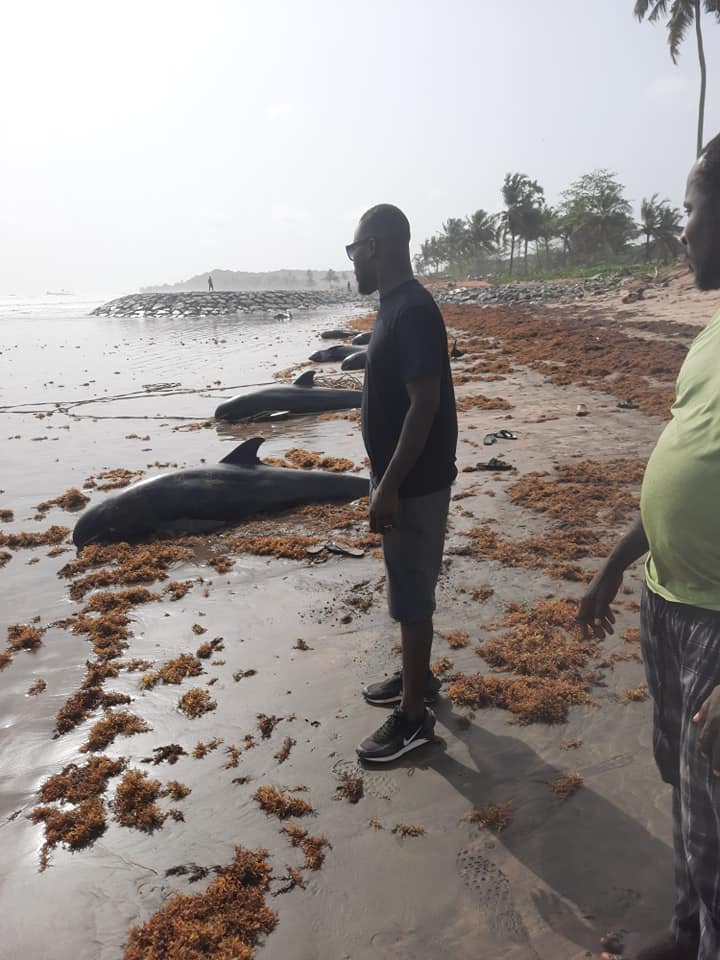 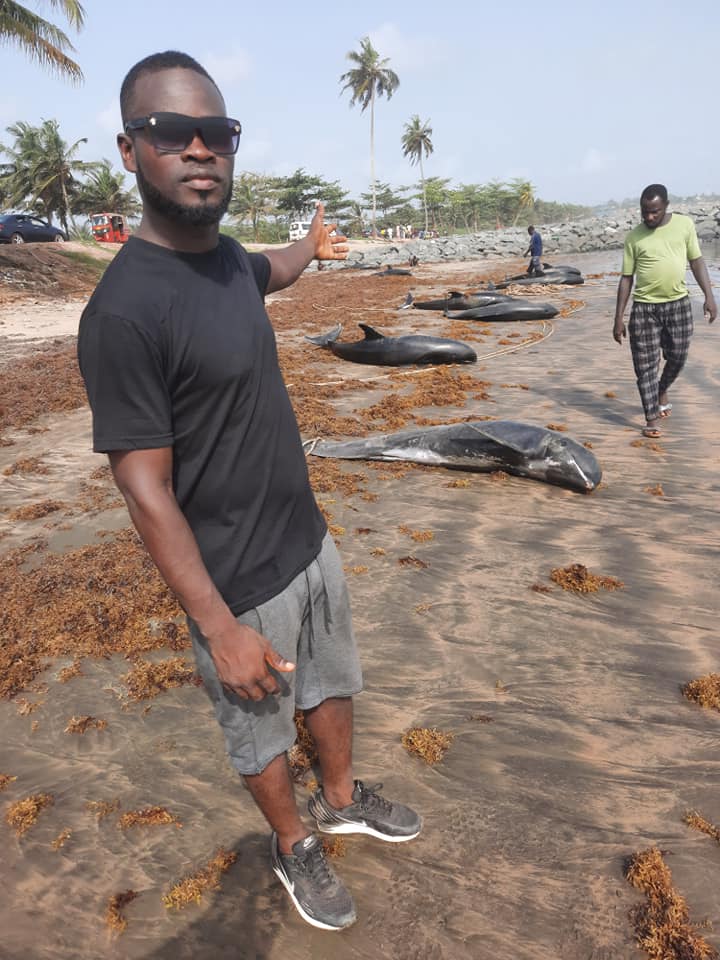