If you thought that the case between the Rasta student Tyrone Iras Marhguy and Achimota School is over, then better start re-thinking.

Because the issue has reached a whole new level as the student and the school are facing off at the highest court of Ghana, The Supreme Court.

Tyrone Iras Marhguy updated his followers on Twitter that the case is starting today.

Sharing a photo from the premises of the SC, he wrote ‘we’re hoping for the best’. 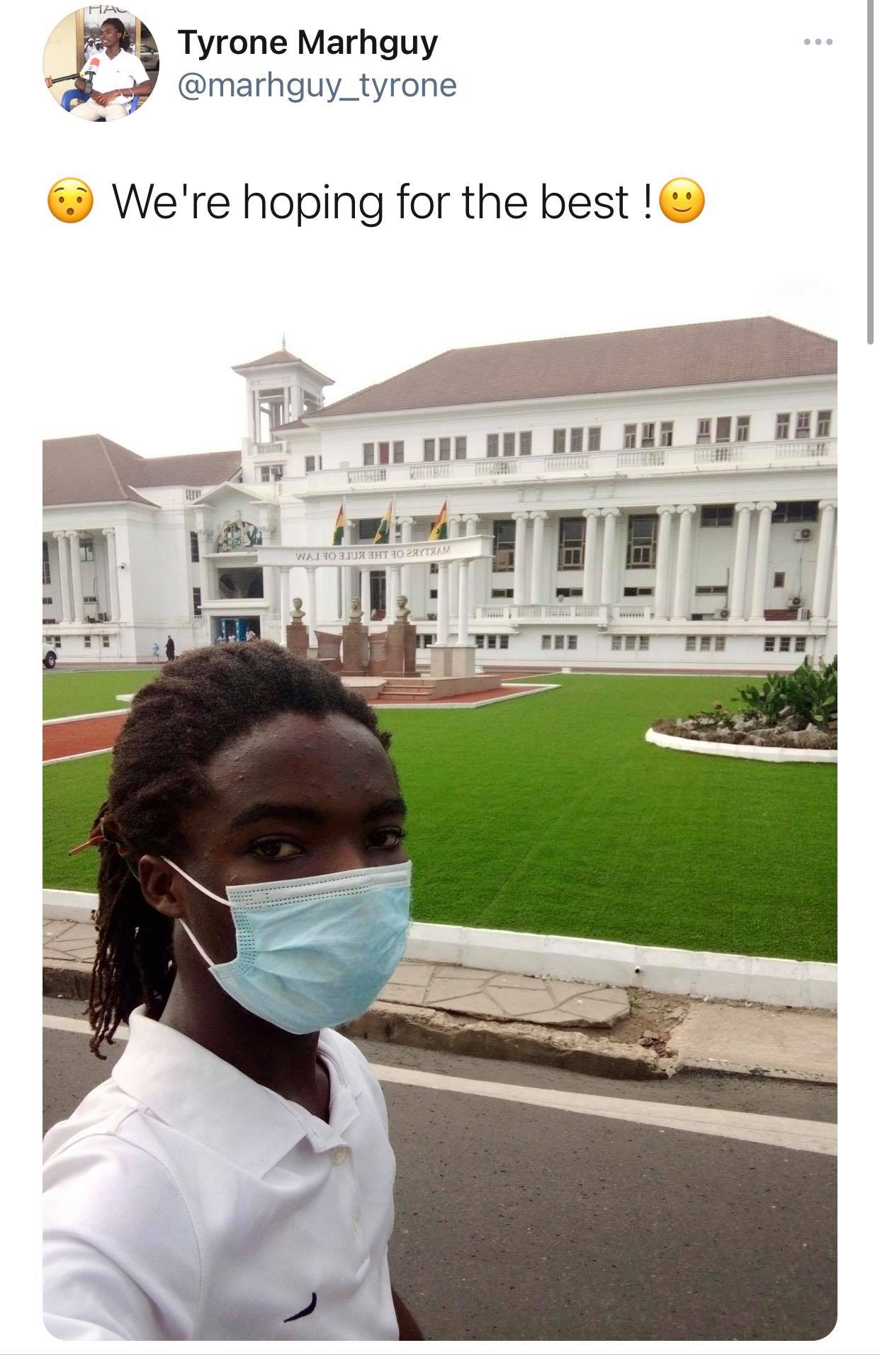 In another tweet, he said that they’re finally at the supreme court. 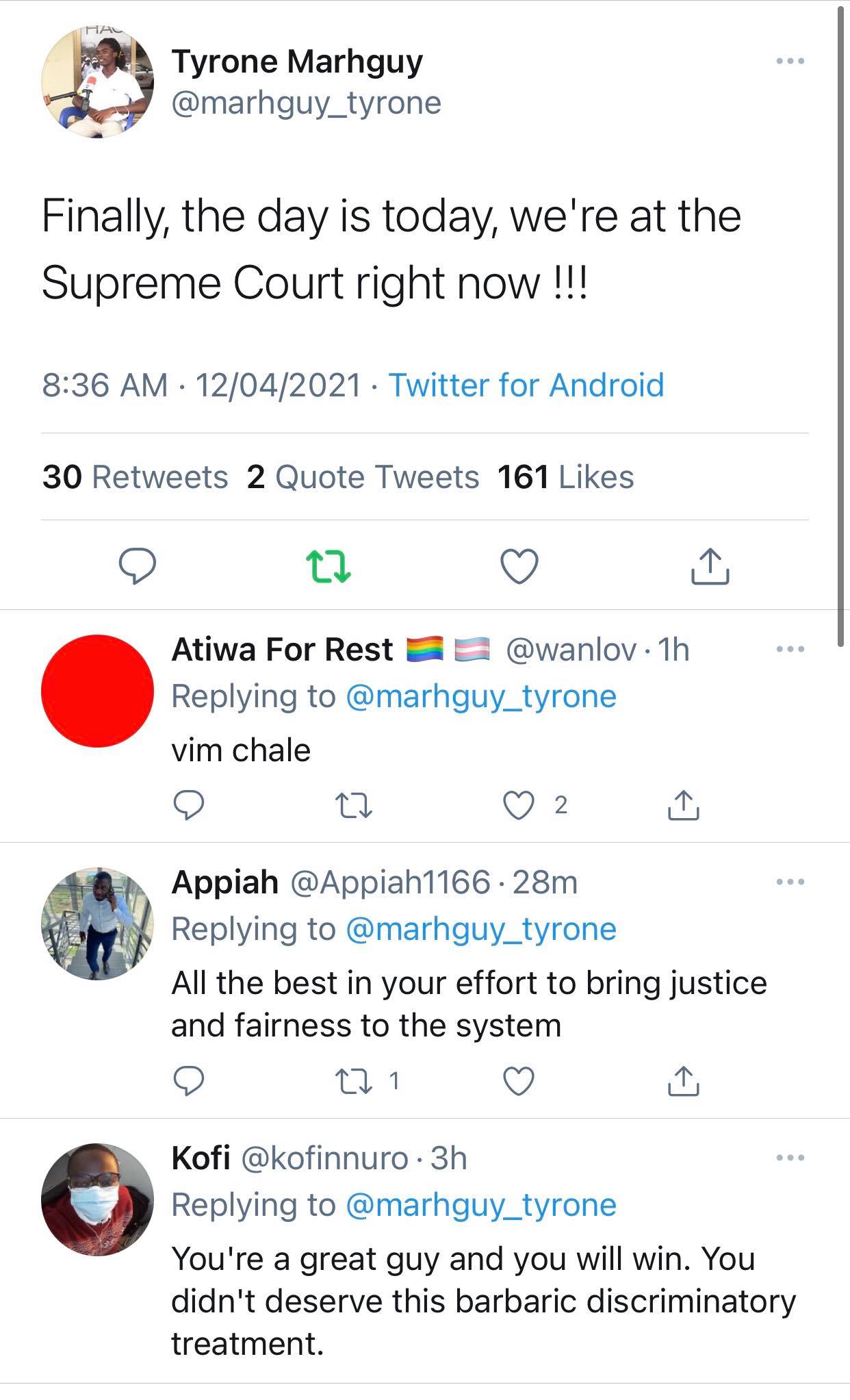 He again updated his followers that all they want is justice: 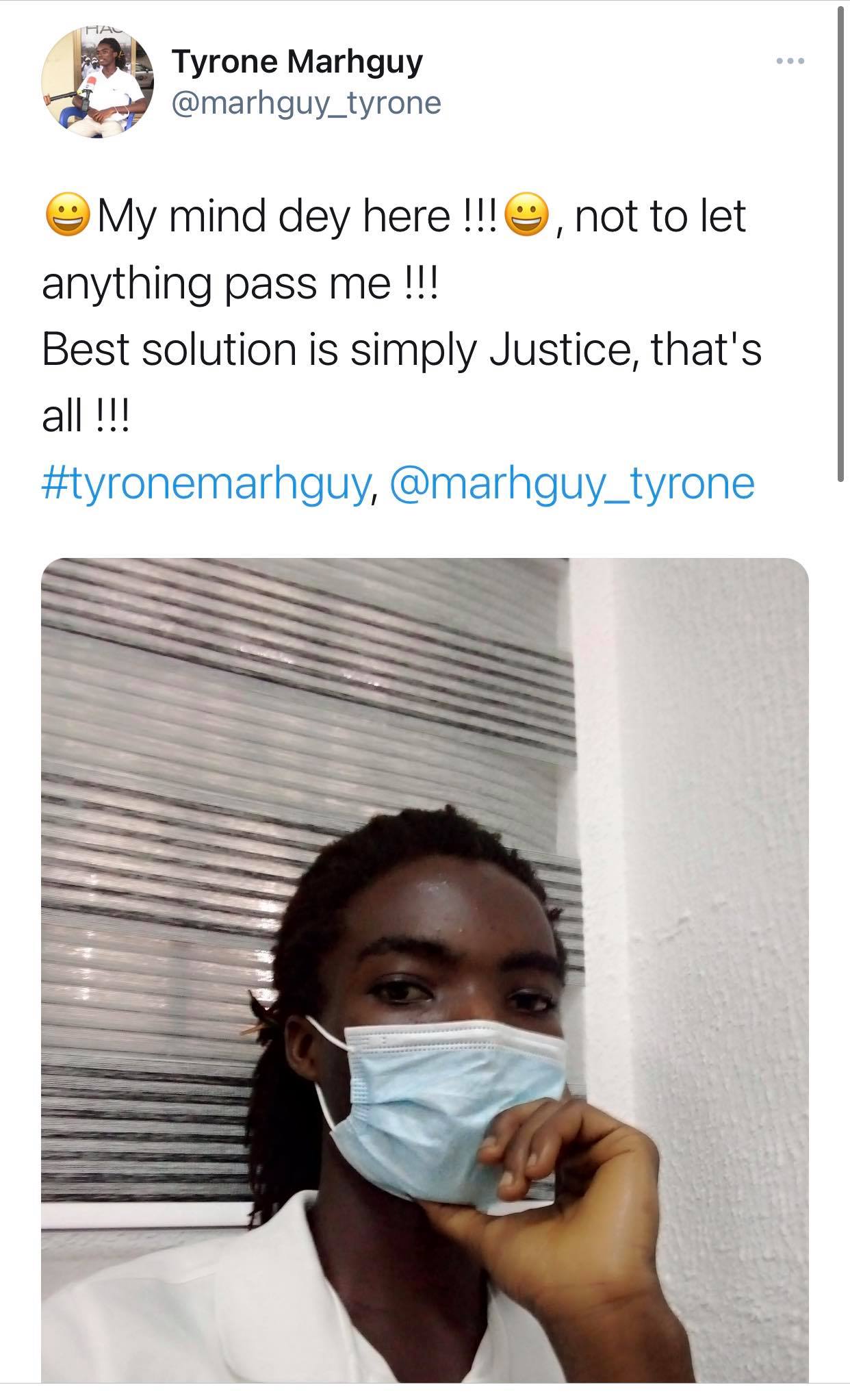 The morning session of the court proceedings came to an end and the second session would come off at 1PM. 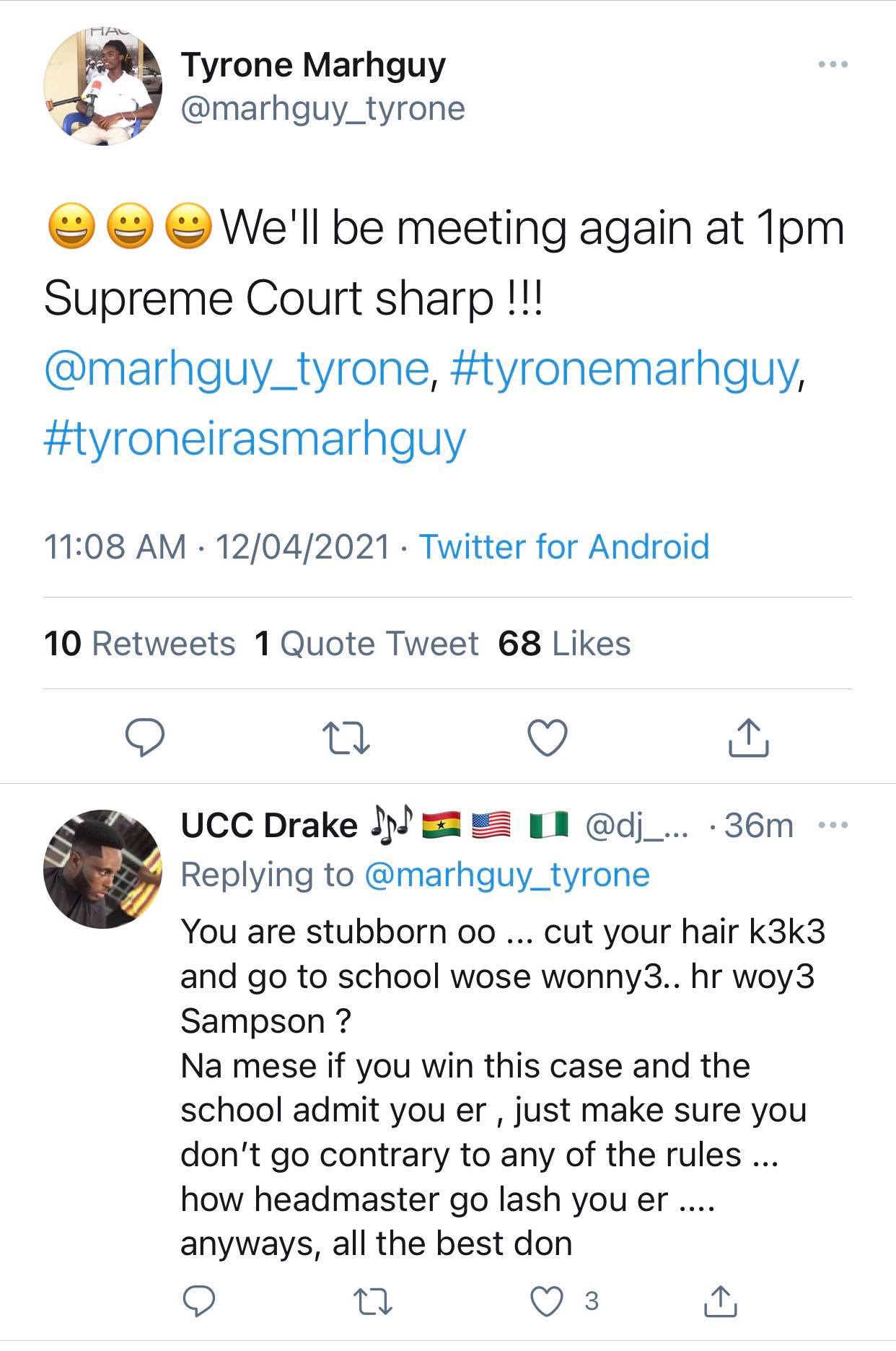 Some of his followers are urging him on whiles others are also of the view that he’s simply wasting his time.

So it’s better to cut the locks and go to school in peace!.