Amber Rose gets herself a big snake as a pet

Amber Rose has bought herself a very big snake as a pet. The mother of one got herself a boa…

Amber Rose has bought herself a very big snake as a pet.

The mother of one got herself a boa constrictor as a pet.

She shared a video of herself in bed with the pet snake as they watched a movie together.

She has named the reptile Cleopatra.

In the video, Amber Rose claims she was watching TV together with her newly bought pet. 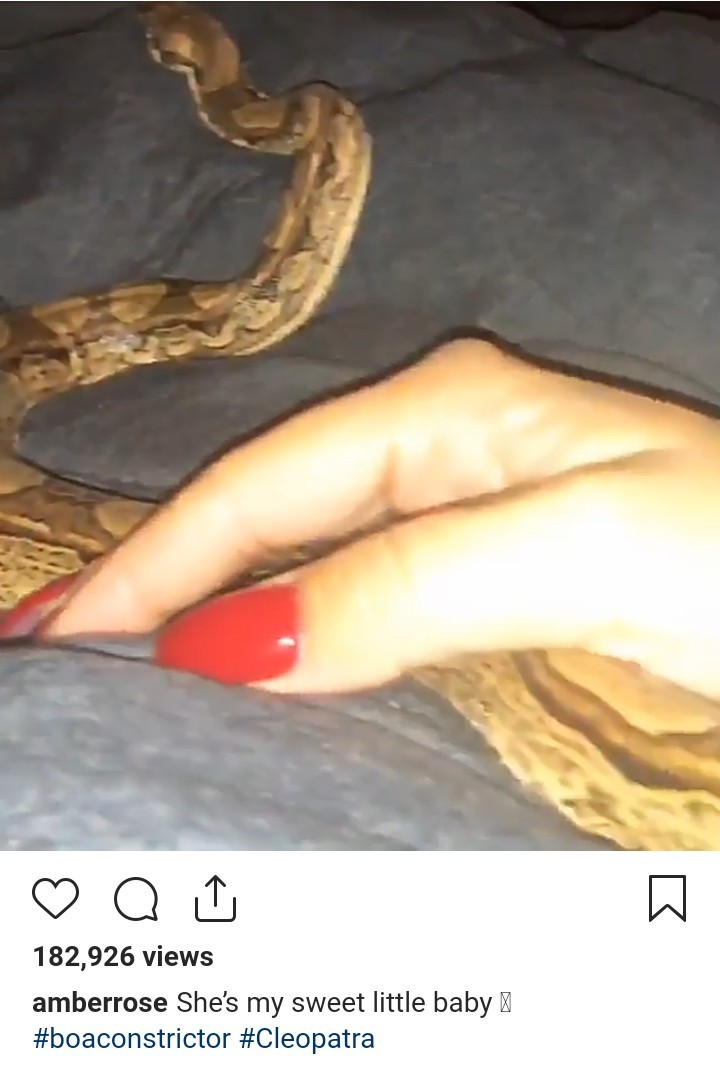 The boa constrictor, also called the red-tailed boa or the common boa, is a species of large, non-venomous, heavy-bodied snake that is frequently kept and bred in captivity.

Boa constrictors strike when they perceive a threat. Their bite can be painful, especially from large snakes, but is rarely dangerous to humans.

‘Don’t go broke trying to look rich. Live within your means’ – Joey B