A news report shared online this morning alleged that Okuneye Idris, popularly known as Bobrisky, died after being involved in a car crash.

See the report about his death as shared on Facebook below

“BREAKING NEWS
Controversial Nigerian cross dresser and male Barbie aka Bob Risky is Dead.
Speaking to News men at the Lagos State University Teaching Hospital, Dr Markman Zara stated that Bobrisky was rushed to the clinic in the wee hours of yesterday after surviving a fatal accident allegedly on his way to a party. The doctor stated that though he was conscious as at the time of entry in to the clinic, there was nothing they could do as he had lost so much blood.
AIT Correspondent at the clinic stated that celebrities like Tonto Dike and Bobriskys partner Oluwagbenga Abiodun were at the clinic in tears.
May the soul of the departed rest in peace.” 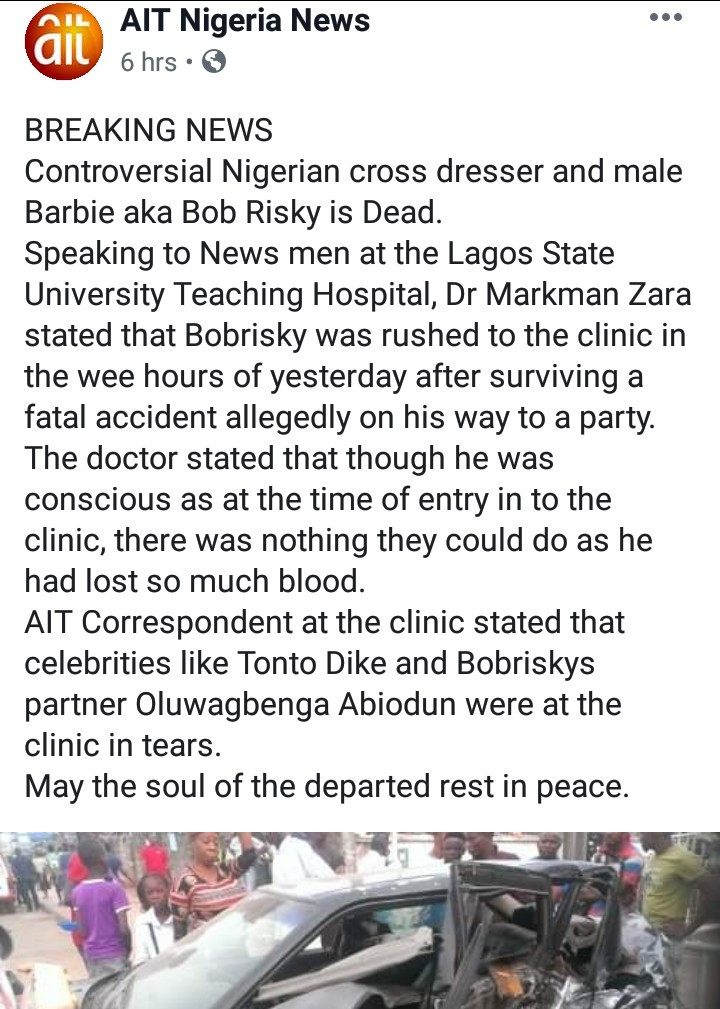 Reacting to the news, Bobrisky wrote on Instagram: “Anybody wishing me dead will die before me. I will slay in all black to your burial.” 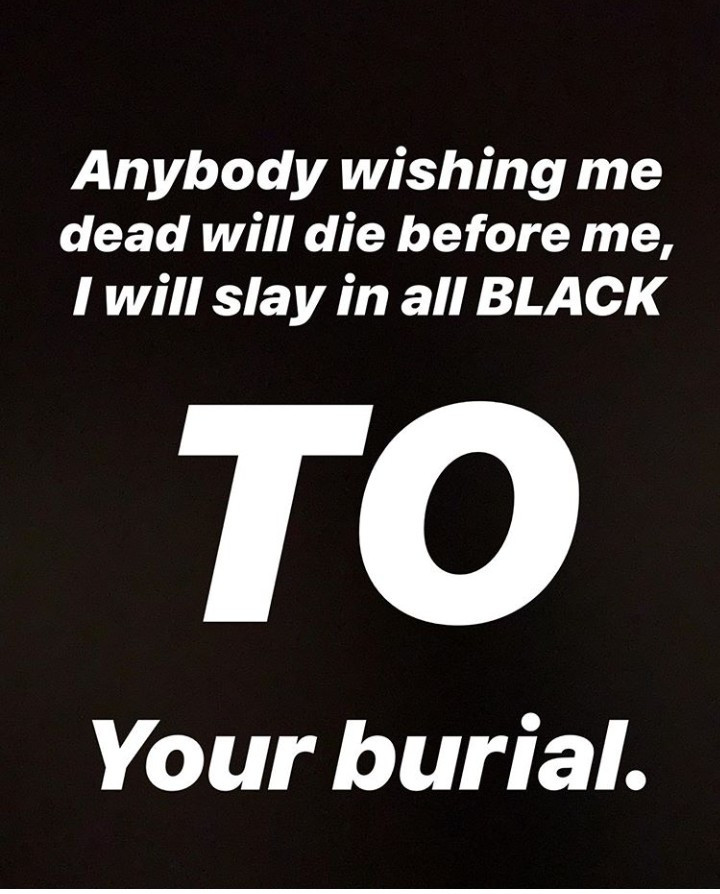