Ayisha Modi has given details of his personal investigations on claims made by Mona Gucci that she studied ‘Immigration Law’ at Massachusetts University of Law in America —- after which she did her internship at Abigail Williams and Co law firm.

Commenting under Mona’s video on Instagram, Ayisha revealed that she met two school mates of Mona Gucci who told her that they went to school together.

“I met 2 of your friends who went to law school with you sis. They spoke so highly of you”, she commented.

Check out screenshot below: 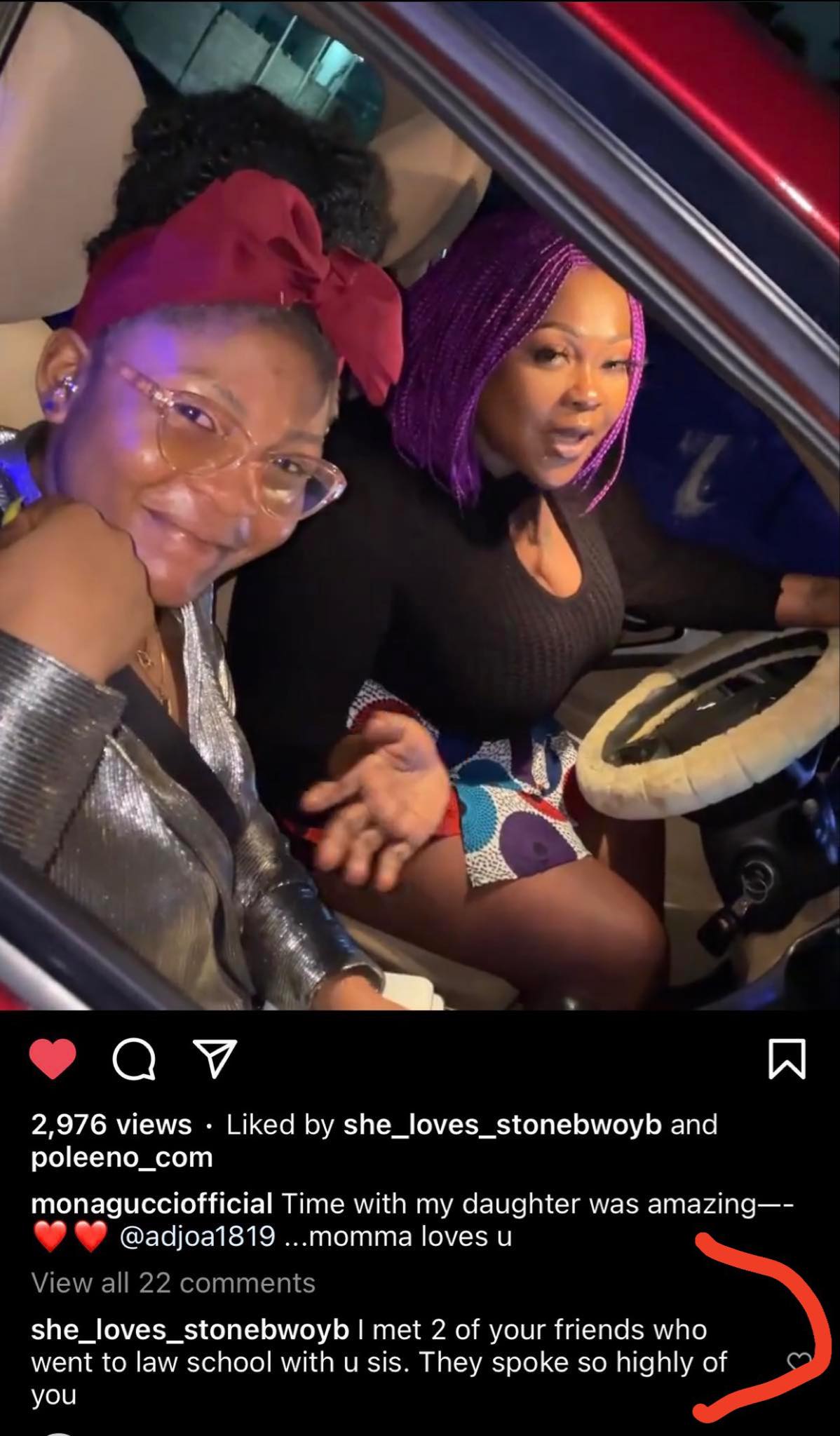 Mona Gucci sparked a conversation on her educational background after she revealed on United Showbiz that she’s a full-blown lawyer who has decided to work in the media circles.

This revelation from her caused a lot of people to doubt her saying how can she leave her lawyer profession that obviously pays so well in America only to come down to Ghana and work at a media station that pays her peanuts.

Her arch-rival Afia Schwarzenegger for instance has dared her to show her law certificate or graduation photos if she indeed went to law school.