Conor McGregor is set to make his long-awaited UFC return against Donald Cerrone, and the Irishman is expected to rake…

Conor McGregor is set to make his long-awaited UFC return against Donald Cerrone, and the Irishman is expected to rake in a staggering $80 million from the fight.

The 31-year-old former two-weight UFC champion, who last competed inside the Octagon in 2018, lost to Khabib Nurmagomedov. Now, he’ll make his comeback fight against Cerrone at the T-Mobile Arena in Las Vegas this coming Saturday. 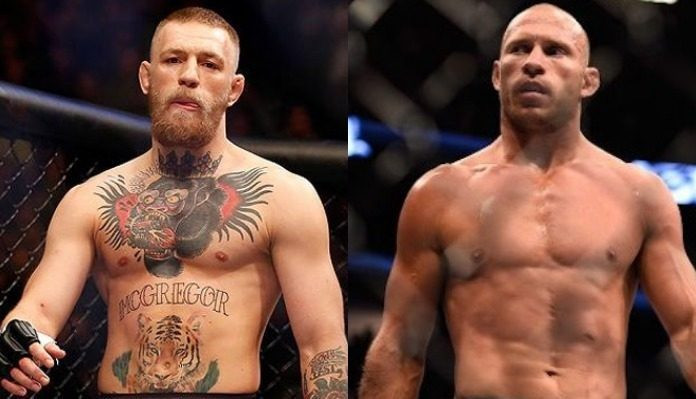 Despite being out of action for over a year, McGregor claims he’ll earn $80m from the fight.

“We have Australia, Canada and England and Ireland… it should be a good one.

When asked how much money he made in his defeat against Khabib Nurmagomedov, McGregor said: “$50m [£38m]. They think I’m toast but I’m still the bread.

Footballer receives ‘Fowl’ as ‘man of the match’ award

“Although we foresaw the outbreak of COVID, we didn’t say it because you wouldn’t have believed us” – Prophet Elisha Salifu Amoako

WASSCE candidates who vandalized school property to pay a fine of GH¢1,000 each

Twerking is unattractive and not a dance skill, it is a way women entice men for sex – Lady opines

I love you my king – Bofowaa sends love message to Rev. Obofour ahead of their 10th wedding anniversary