Ghanaian Lawyer and proud member of the NPP Gabby Asare Otchere Darko, has put a spin on the ongoing debate on the legalisation of LGBT in Ghana.

As it stands, Ghanaians are divided on the situation. Many are of the view that legalisation LGBT is against our socio-cultural practices as Ghanaians.

Whiles another school of thought has it that new laws are emerging, hence, there’s a need to pass laws to protect the rights of homosexuals.

Well, in a tweet Gabby Otchere-Darko has opined that Ghanaians must learn to be kind to gays and lesbians.

He stated that they’re also humans and deserve respect instead of the hate that is attached to campaigns against them.

In his words, Gabby wrote: “You don’t have to be pro-gay to appreciate their situation. You only have to be human. Let us be careful and not generate an intense hate campaign against homosexuals. You can speak for the law and ‘culture’ minus hate. Hate sucks!”

Below are some reactions from tweeps to his tweet: 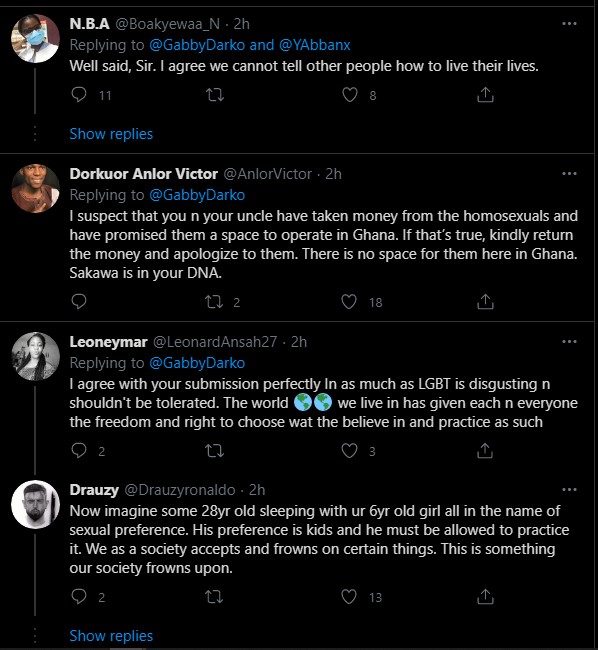 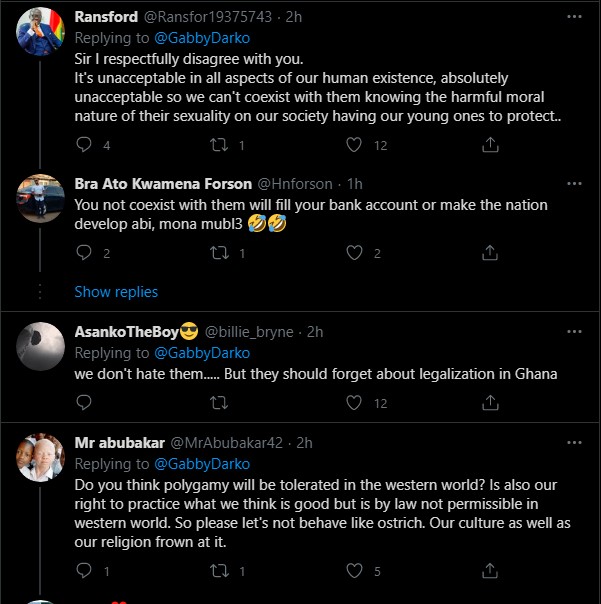 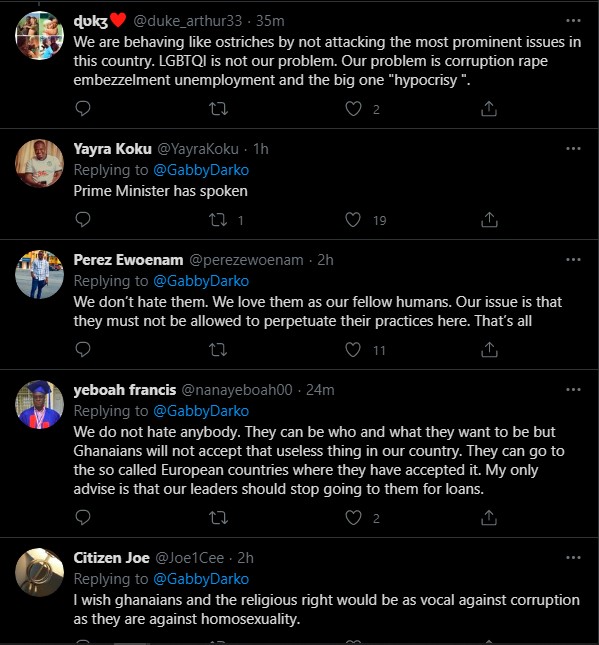 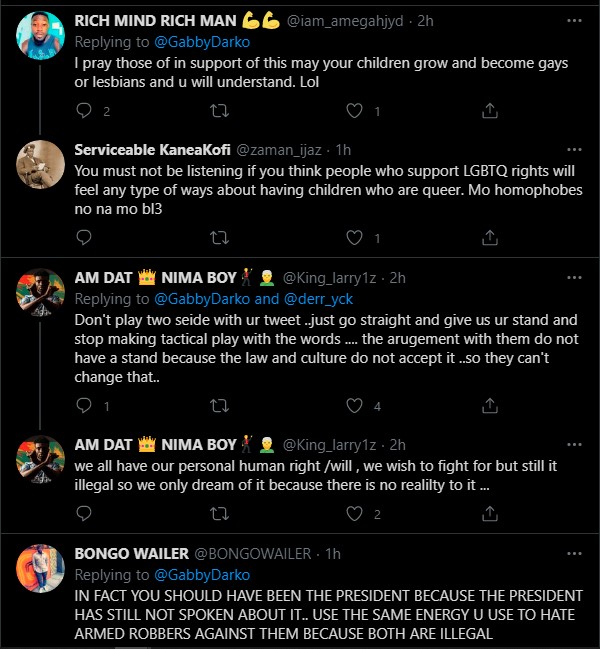