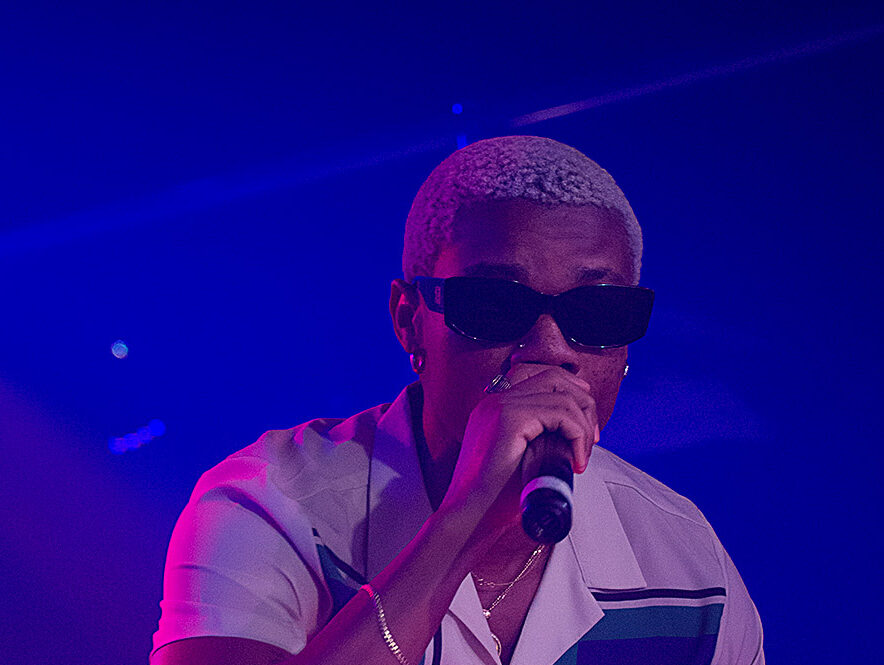 In some hours, another musician will be crowned ‘Artiste of the Year’ for his peerless musical output and achievements in the year under review.

The 2022 Vodafone Ghana Music Awards, which honours work done in the calendar year of 2021 has King Promise, Sarkodie, Kuami Eugene, Black Sherif and KiDi yearning for the ultimate plaque.

Considering the records and achievements of the individual acts, undoubtedly, KiDi stands tall. Below, we examine seven reasons the Lynx Entertainment signee deserves to be crowned ‘Artiste of the Year’

The category definition for ‘Artiste of the Year’ spells the need for a nominee or potential winner to have at least a hit album or a hit single. KiDi’s ‘The Golden Boy’ album is unmatched! The popularity of the album surpasses all others.

By the close of 2021, the masterpiece had amassed over 30 million streams on Spotify making it the most-streamed album by a Ghanaian of all time on Spotify.

The project has big songs such as ‘Touch It’, ‘Send Me Nudes’, ‘Mon Bebe’, ‘Spiritual’, ‘So Fine’, ‘Like A Rockstar’ all finding their way onto different charts in the country.

A hit album with different hit songs will always be greater than a single hit song.

Secondly, aside from having a popular album, KiDi has two hit singles; ‘Touch It’ and ‘Spiritual’, with ‘Mon Bebe’ being a bonus. Thus, satisfying the criterion which demands at least a hit single.

In the year under review, ‘Touch It’ did the magic for Ghana. The song transcended the borders of the country and charted in 51 countries on Spotify and 49 countries on Apple Music.

Five months after the release of ‘Touch It’, the tune became the most streamed Ghanaian song ever on Spotify! 14 million views had been reached on YouTube within that 5 months.

The music industry is largely digital now with great influence from social media. A third reason KiDi deserves the ‘Artiste of the Year’ honour most, is his dominance of the online space.

From Tik Tok to Instagram Reels to YouTube shorts, countless refixes and covers were made for his monster hit, ‘Touch It’ by foreigners as well as Ghanaians.

In December 2021, Tik Tok related videos of the song were close to 300 million.

Even in India, the track is featured every day on their Instagram Reels. In 2021, no other artiste dominated the online space than KiDi.

A top artiste who is deserving of such an ultimate award must have organized his own concert to prove his dominance.

Despite the 2021 restrictions due to Covid 19, the Lynx Entertainment signee managed to fill up Coco Vanilla at East Legon during his Live with KiDi concert.

The singer also hosted another show at Rock City in Kwahu in June just before the release of his album.

The fifth reason the ‘Enjoyment’ hitmaker deserves the crown is due to his relevance in the year under review which saw him mount almost all the major platforms. KiDi performed at the 2021 VGMA, 2021 3 Music Awards, Wildaland and many others. He also appeared on platforms of fellow colleagues such as Rapperholic, Saminifest, Gyakie Live Experience, Live with Mr Drew etc.

KiDi’s relevance was not only felt in Ghana but in other parts of the world. He was the only Ghanaian artiste nominated for NAACP Image Awards held in the U.S.A.

The awards scheme had Drake, Lil Nas X, Wizkid and other music giants all competing. Despite Covid-19 restrictions, he performed in the UK, Nigeria, Kenya, and Tanzania and made brief appearances in other countries. The Golden Boy was the ultimate performer at the All Africa Music Awards (AFRIMA) held in Nigeria.

Finally, a hugely successful brand attracts great partnerships from other successful brands. KiDi’s dominance in the year under review got him an ambassadorial deal with Fidelity Bank and a continuation of his deal with the multinational company, Samsung.

He had stints with Close Up, Maggi, Fan Ice and many others.

Considering all these facts, KiDi’s work output and achievements in the year 2021 is unmatched. No other artiste is worthy of the ‘Artiste of the Year’ crown than ‘The Golden Boy’.