Pete Souza, the former Chief Official White House Photographer for U.S. Presidents Ronald Reagan and Barack Obama, has shared a never-before-seen photo of Barack Obama to reveal a side of him that few people ever saw.

Sharing a photo of Obama shaking hands with hotel staff, he wrote:

Three years ago today. ⁣
⁣
I always thought these little moments, when no one was watching (okay, except for me), told the most about his character. ⁣
⁣
We would always arrive and depart hotels at back entrances or in underground garages for security purposes. Here in San Francisco, he spotted these workers and much to the angst of the Secret Service went over to shake their hands. ⁣ 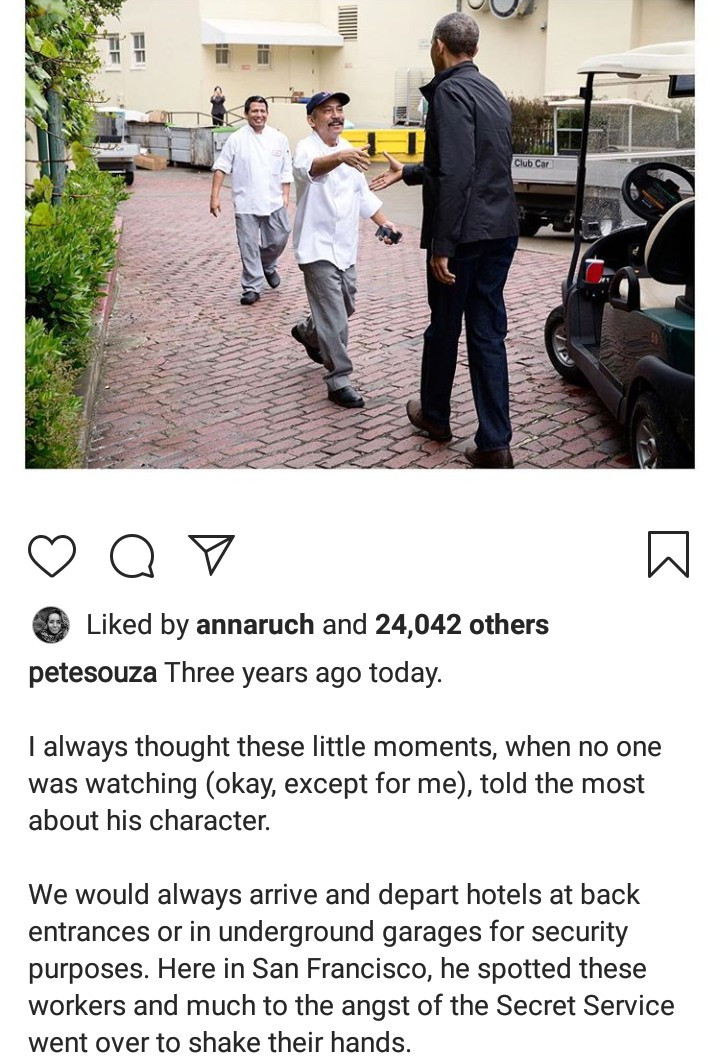