The Ghana Education Service (GES) has ordered the headmistress of the Kwame Nkrumah University of Science and Technology Senior High School to step aside.

This comes after a student of the Business department died yesterday following the sheer negligence of teachers and authorities to attend to him.

Madam Felicia Asamoah Dankwaa, through a letter signed by the Head of Public Relations of GES Cassandra Twum Ampofo, has been asked to relinquish her position to the Ashanti Regional Director of Education with immediate effect.

According to the statement, an investigation will be conducted into what led to the sudden death of the final year student and anyone found culpable shall be prosecuted.

News broke yesterday of the sudden death of a final year student of the school who was left to die by teachers and the authorities after he had complained of severe stomach ache.

According to students who demonstrated in response to the death of their colleague, the headmistress of the school did not pay any attention to them when the boy’s condition was reported to her. Instead, she drove hurriedly through the crowds of students who were protesting after the boy had died. 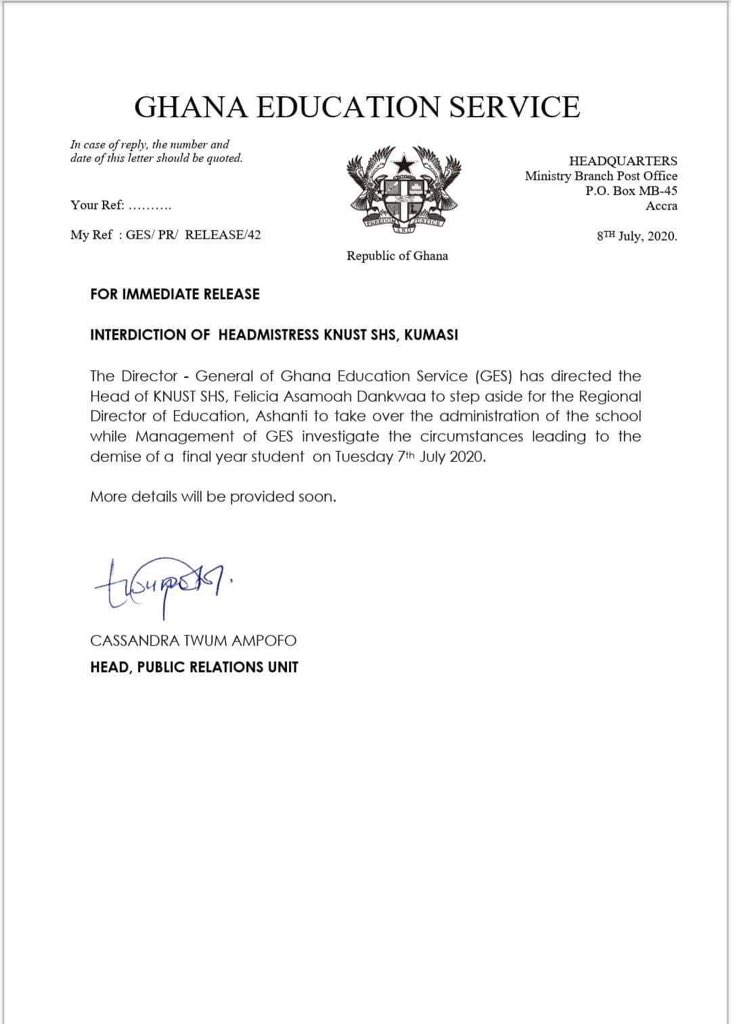 Papaga Bless is the Co-founder of celebritiesbuzz.com.gh. He loves good music - gospel, dancehall and country music his most favourite. Papaga is very passionate about the things of God and how to impact his generation positively. You can contact him on ppg@celebritiesbuzz.com.gh or call/Whatsapp on +233540222546. Or connect with him across social media handles, @papagabless

Nigeria lift ban that was placed on Twitter in 2021.