Ghanaians to pay for waakye, trotro fares via QR code from March – Bawumia

The government will in March 2020 launch a universal QR code to help retailers receive cashless payments without a point of sale devices.

Speaking at the town hall meeting and results fair in Kumasi on Tuesday, the Vice President, Dr. Mahamudu Bawumia stated: 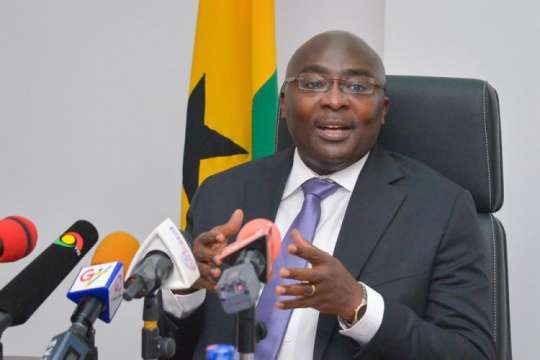 “Thanks to the Bank of Ghana, next month, in March, Ghana will launch the universal QR code payment system, which will make it possible for all retailers, including those who sell Kofi Brokeman and waakye on the streets, to have the capacity to receive payments directly on their mobile phones without a point of sale device. Even trotro, if you want to pay by mobile wallet, they will have their QR code. Everybody will be able to receive [money]. You don’t have to keep a lot of cash if you are selling things.”

The Vice President first announced the universal code in November 2019.

“We will introduce what we call the Universal QR code. It leverages the technologies that we have built. Once we launch the Universal QR code, all businesses and traders will essentially no longer need a point of sale devices. Mobile phones will be sufficient to receive payment wherever and will go directly into your account that you have received payment. This is going to start next month. Singapore, China, and the UK have all launched the QR code so Ghana is going to be the first in Africa. We are going to launch it next month so we move on to be a cashless society to make e-commerce enhancing.”

“The fact that some students have tested positive has no basis to shut down all schools. We need to follow science and data” – Peace Council Chairman