Ghanaians have reacted to Guru’s ‘Who Born Dog’ diss song to Kuami Eugene and his manager, Richie Mensah.

Ghanaians on social media are reacting to the song. Some have applauded Guru for his punchlines in the song.

Others have also said the diss song was not necessary because Richie and Guru have both apologised to each other on UTV already, hence, Guru should have maintained the peace.

Another school of thought also has it that Guru is desperate to revive his dead career — hence the reason he’s using Kuami Eugene’s name for clout.

Below are screenshots from the reactions of Ghanaians on Twitter: 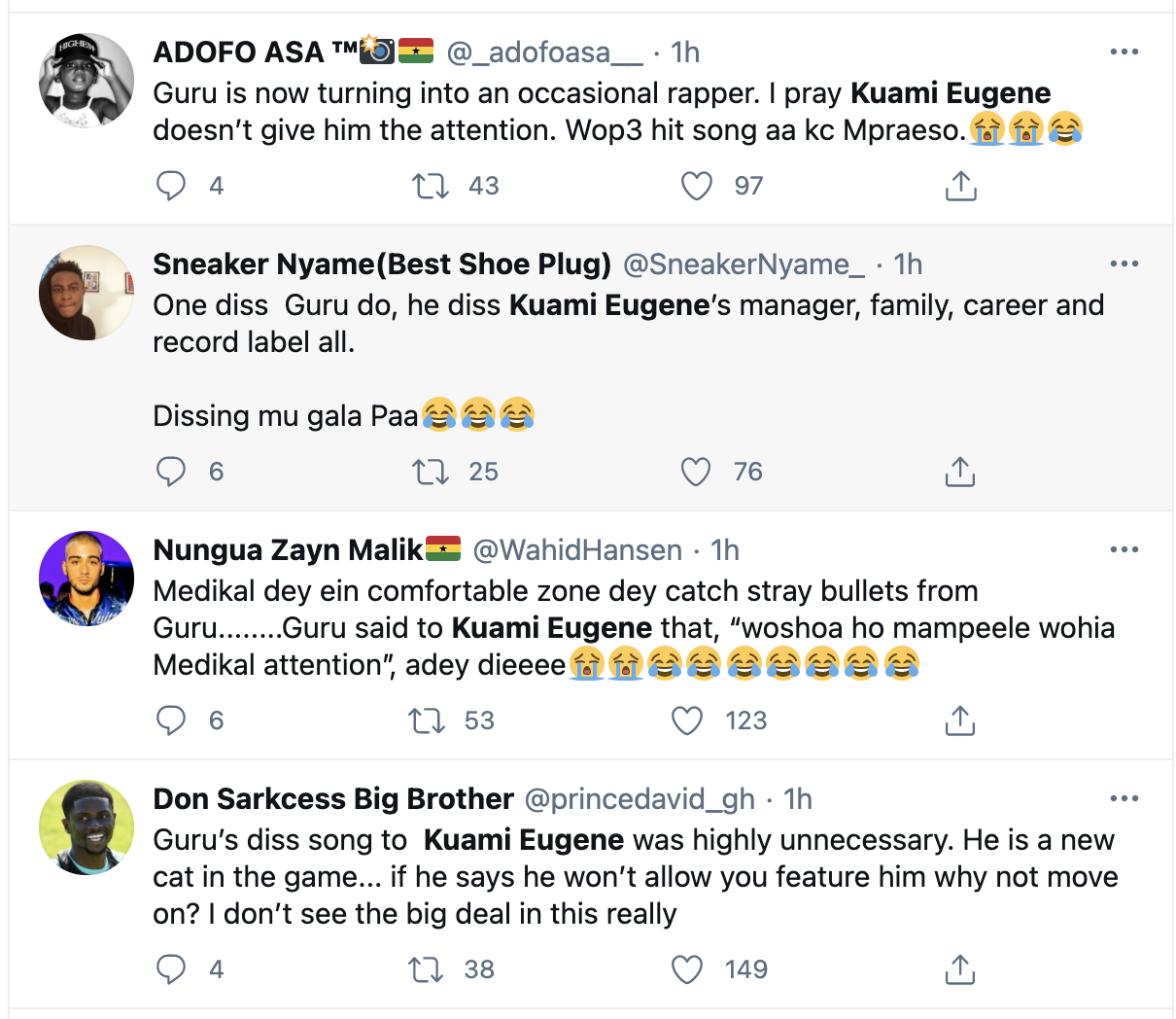 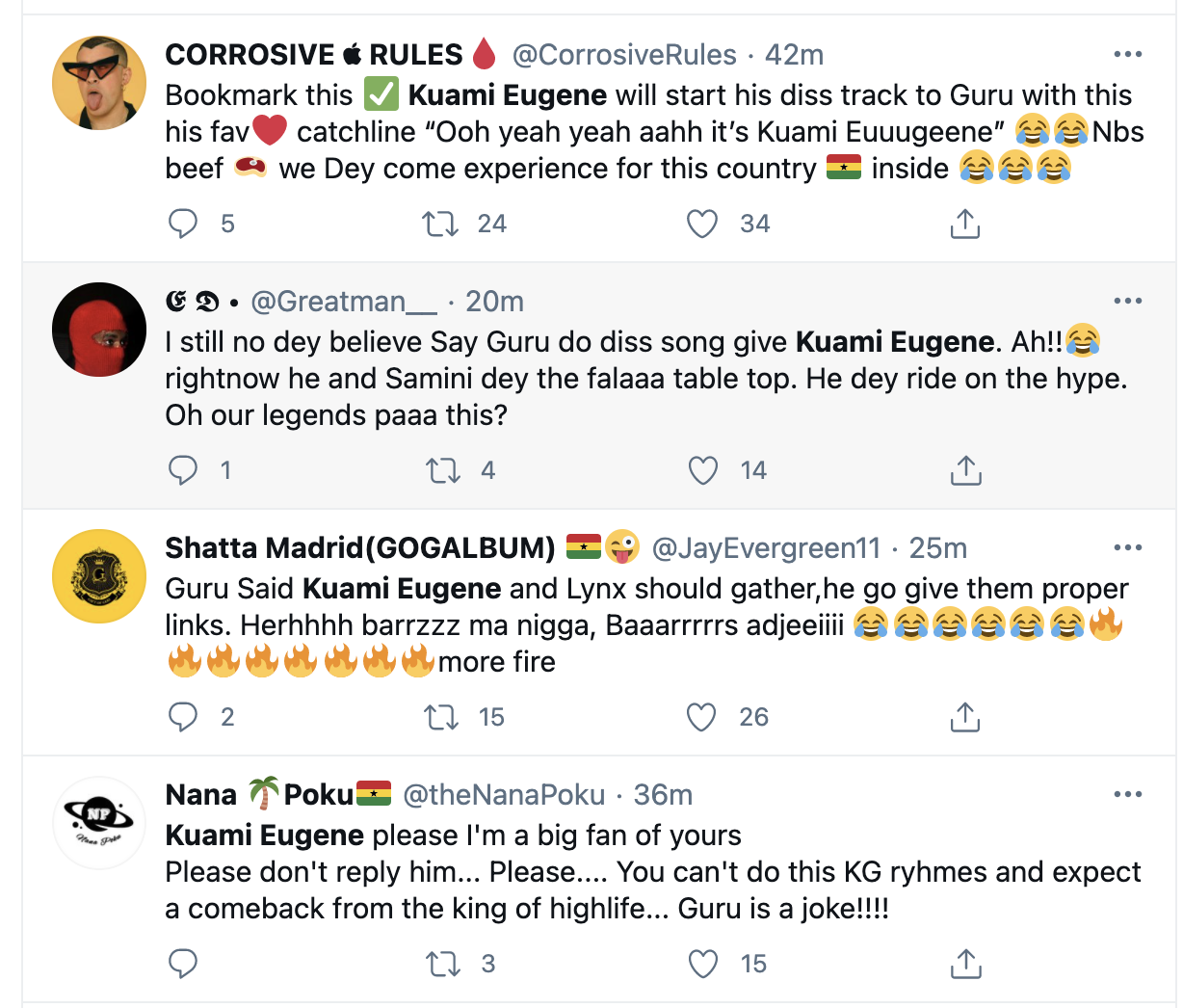 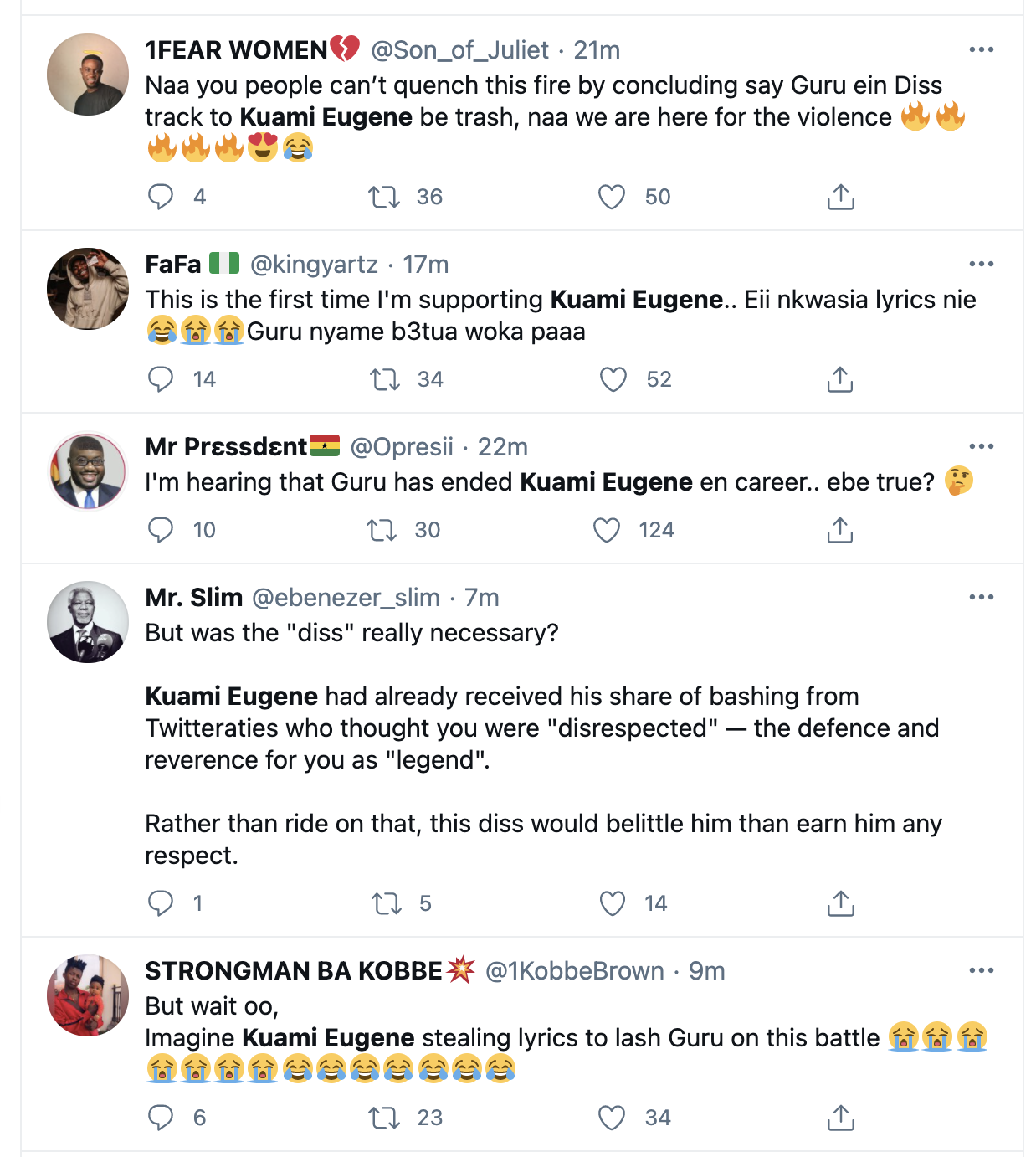