A husband in China has warmed hearts after he turned himself into a human chair so his heavily pregnant wife could sit on his back while she was waiting to see her doctor at a hospital.

In a video shared online by police and liked by millions of people, the wife is seen struggling to stand with a bulging tummy as she waited outside a consultation room.

A number of people can be seen sitting in the waiting room but none gave up their seats for the woman who was already experiencing numbing legs. 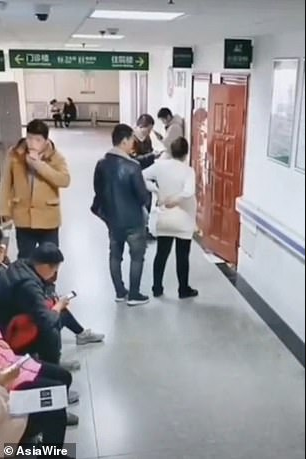 After a while, her husband bends and gestures for her to lean against him. He then passed a water bottle to his wife to quench her thirst.

The video was posted onto Hegang police’s official account and it has been liked more than seven million times. 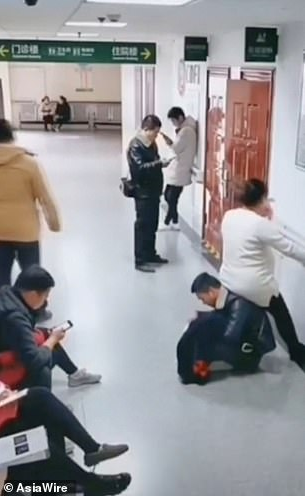 In a post accompanying the video, the police criticized the onlookers who were staring at their phones and wouldn’t give up their seats. They said that the clip should be titled “indifference”.

Watch the video below.:

Darkovibes tattoos picture of his mother on his chest

Birthday boy Brandon gets wishes from all over the globe

Shatta Bandle set to host a show in Dubai

Photos from Barca training as Lionel Messi arrived back from Germany

None of the questions or papers will leak this year – WAEC

Sarkodie didn’t tell me he wants to sign me. I’m open & ready to do business with him – Awal