Nigerian rapper and ex-husband of actress Juliet Ibrahim, Olusegun Olowokere who is known as Iceberg Slim has revealed why she cheated.

According to the rapper, he realized later on in his marriage that he didn’t love himself much thus he relied on others to show him that love.

Therefore, when the time was up for him to begin to love himself, he had no option than to go out there for it which resulted in the unfortunate incident.

In an Instagram interaction with his fans, rapper Iceberg Slim made this known when a fan asked him why he cheated:

I was looking for something I didn’t know I had in myself. I got to a point Where I wasn’t sure if I truly loved myself, and I ended up seeking emotional comfort elsewhere.

Juliet and Iceberg were the best of couples until they had to abruptly go their separate ways when infidelity crept into their matrimonial lives. It was just unfortunate. 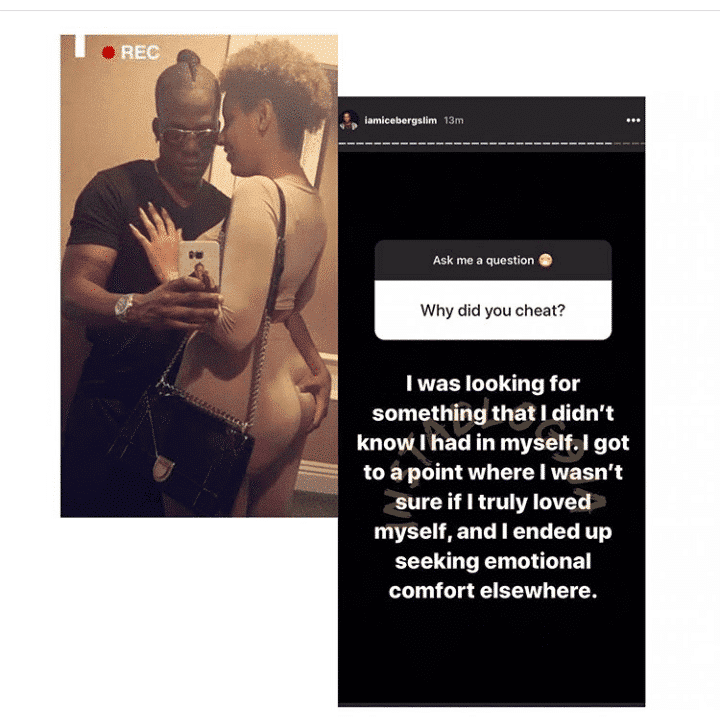 “We left God to go search for and worship worldly things and He has taken everything away from us now” – Susan Peters speaks...

‘After taking off her panties, what next?’ – Beautiful lady asks

“We left God to go search for and worship worldly things...

‘Avoid unnecessary video calls & limit your browsing while at home’...