‘I have learnt my lessons, my next government will not let Ghanaians down’ – Mahama reassures

Former President and flag bearer of the National Democratic Congress (NDC), H.E John Dramani Mahama, has assured Ghanaians that his…

Former President and flag bearer of the National Democratic Congress (NDC), H.E John Dramani Mahama, has assured Ghanaians that his next coming will be better than the previous.

He added that Ghanaians must elect a leader who will consider their concerns and work to better their lives. 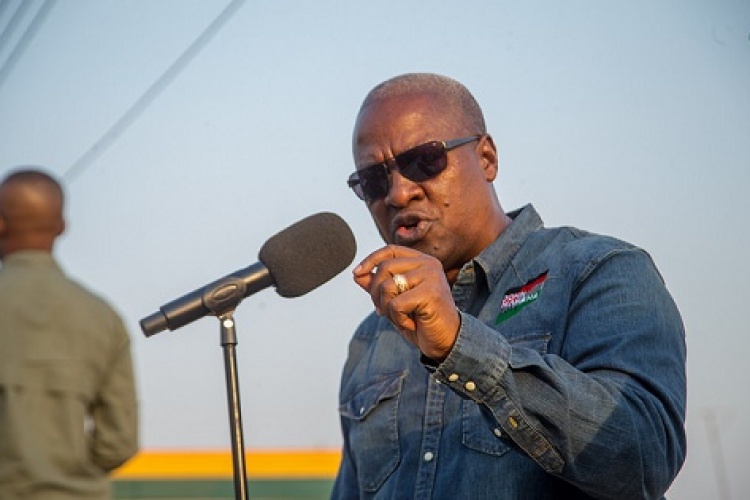 He was addressing a program by the party, dubbed “Speak-out-sessions” in Bolgatanga last Monday.

“I promise you, I will also use my many years of experience and learning to work and I will use a renewed determination and sense of purpose to serve all Ghanaians to the best of my ability,” he assured the people.

John Mahama is seeking to return to the helm of affairs of the nation after he was brutally defeated in the 2016 elections by Nana Akufo-Addo.

Experts said Mahama let himself down by appointing people who did him and his party a great deal of disservice. He is expecting to right the wrongs when he wins power again.

As to whether Ghanaians will give him the nod to lead once again is undetermined at the moment. However, election watchers have predicted a possible slim-margin win for him.

No African team can reach semi-finals in Russia – Agyemang Badu

‘I was given a little Jollof rice & bones while NADMO gave women plenty rice & oil. Prez Nana Addo can I eat this for one week? Better sack them all’ – Man complains