Former President of the Musicians Union of Ghana (MUSIGA) and politician,  Bice Osei Kuffour, popularly known as Obour has disclosed…

Former President of the Musicians Union of Ghana (MUSIGA) and politician,  Bice Osei Kuffour, popularly known as Obour has disclosed his motivation to see himself in the parliament of Ghana after December 7.

According to the musician whose father passed away a few weeks ago, the death of his dad is the most painful experience he has ever had to endure.

He bemoaned the lackadaisical attitude of the health practitioners which led to his dad’s passing and how pained he will be not to share the joy that will come after the December polls with his father.

“I am very pained that my dad died. He was my everything and I became more attached to him when my mother died. I wanted to celebrate his 75th birthday but, unfortunately, he couldn’t see me become an MP.

It’s not like he was sick for a long time and I even picked up my nominations forms with him. I haven’t been myself ever since he died,” he said in an interview with Peace FM. 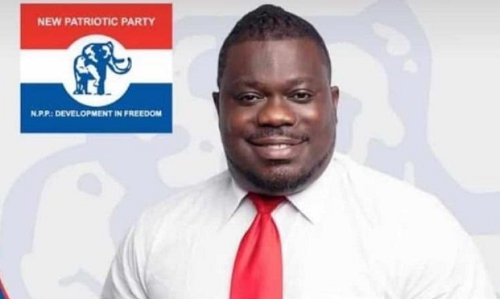 Ultimately, Obour said he will be glad to win the parliamentary seat to bring glory and honour to his father.

Obour’s father died at the Ridge Hospital some months ago after he was rumoured to have contracted the deadly Coronavirus and died as a result.

Obour will be vying for the Asante Akyem South Constituency seat if he qualifies on the ticket of the New Patriotic Party (NPP) in the upcoming general elections on 7th December 2020.

Thief climbs on top of a street light to avoid beatings

Bull dog Sacked By Zylofon Media According To Online Reports