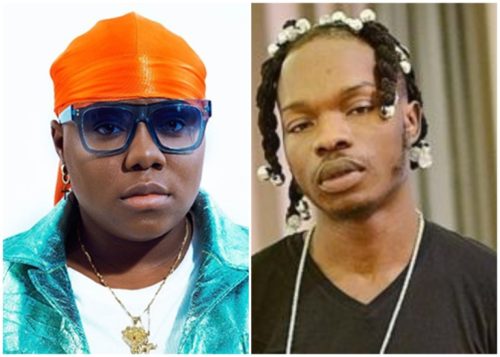 Naira Marley whose full name is Azeez Adeshina Sanyaolu is a Nigerian musician born on May 10, 1991, in Badagry, Nigeria. He is popularly recognized as the president of his controversial fan base known as “Marlins”.

His kind of music is Afrobeats; Hip Hop.

His career beginnings stipulate that he initially made plans to become an MC as well as a voice-over artist. In the year 2014 when he discovered his passion for music and got encouraged by close friends the pursue his career.

He had his first release of music “Issa Goal” which was known to have been the theme song for the Super Eagles.

Naira Marley is known to sing in English, Pidgin as well as in the Yoruba Nigerian language. His name Naira Marley was derived from the Jamaican singer Bob Marley.

Teniola Apata, on the other hand often known as Teni, is a well-known and successful Nigerian entertainer, singer, and composer who was reportedly born on December 23, 1992, in Lagos, Nigeria.

Teni is said to be the younger sibling of the Nigerian musician known as Niniola, according to sources.

Is Naira Marley married to Teni?

Teniola Apata, also known as Teni, and another artist named Afeez Fashola, nicknamed Naira Marley, allegedly announced their engagement and subsequent marriage in 2020 and created a hashtag for their ‘wedding’.

There are currently no formal confirmations to that effect, though.