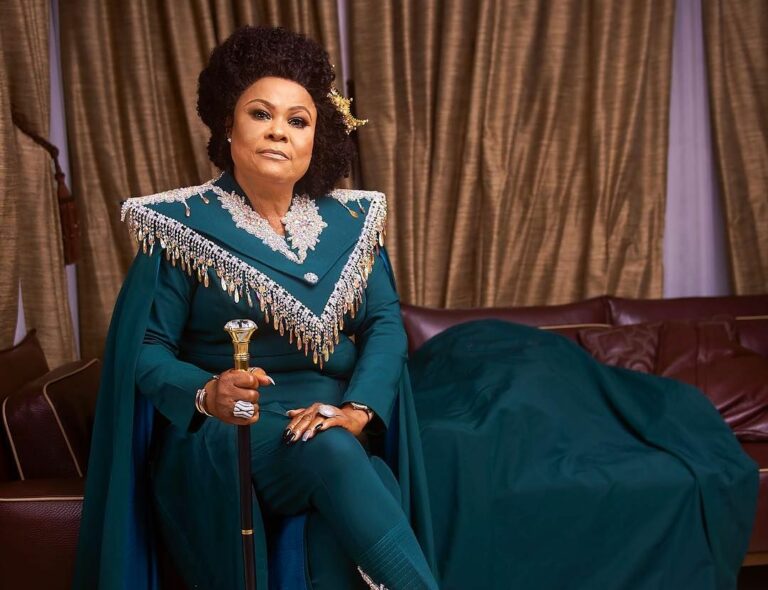 Sola Sobowale is a Nigerian actress, screenwriter, film director and film producer who is very famous for her role in Oh Father, Oh Daughter, a Super Story drama series aired in 2001.

Sobowale was born on 26 December 1963 in Ondo State, Nigeria in West Africa to Joseph Olagookun and Esther Olagookun.

Sola Sobowale began her career by taking up roles in movies like The Village Headmaster, Mirror is the Sun and Asewo To Re Mecca, a Yoruba film. She had also worked on films by scripting, co-scripting, directing and producing films in Nigeria.

In recent times, she made it public on her Instagram account that she will be featuring in an upcoming Bollywood film which will be directed by Hamisha

Daryani Ahuja. According to her, it will be her first appearance in a Bollywood film.

Sobowale is married to Oludotun Sobowale and they have four children.

The Super Story superstar, Sola Sobowale, is very much alive and healthy. She is patiently waiting to begin shooting her first Bollywood film.