Maliha Mohammed, a Kenyan Chef based in Mombasa is now the Guinness World Record holder for cooking for the longest hours. 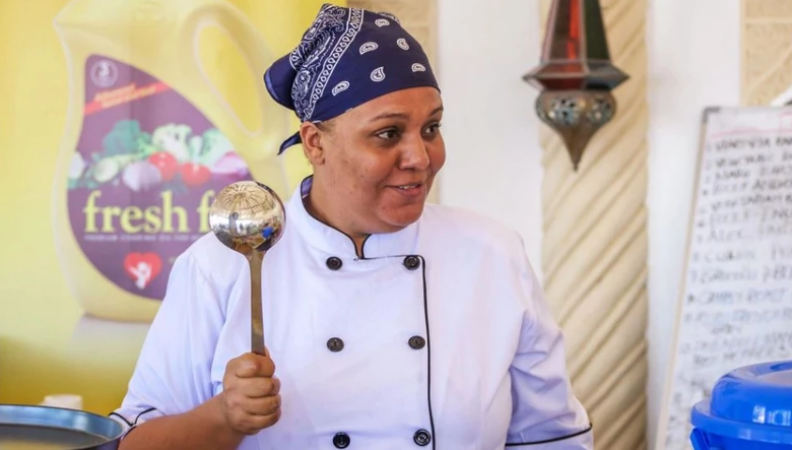 The previous Guinness World Record holder for the category was Rickey Lumpkin, a US-based chef who in 2018 cooked for 68 hours, 30 minutes and 1 second.

The mother of two achieved this feat in her third attempt as she cooked for 36 hours non-stop in May, tried again in July but only cooked 200 meals for 54 hours under the supervision of the records’ officials.

The food she prepared will be distributed to charity homes as part of her initiative to raise awareness and to feed the less fortunate in Mombasa County.

In related Kenya news, a 35-year-old died during long sex with 50-year-old widow.

Also, here are last photos of ‘Jesus’ in Kenya.

Bereaved father, out of frustration ‘stabs’ nurse for allowing his only son to die

Just In: 20 Western Togoland separatist group members arrested by soldiers in Dodze in the Volta Region

Nyakim Gatwech, the lady who has got the ‘darkest’ skin in the world is dating the whitest guy

How to whiten your teeth in just a few days

Restaurant worker spotted taking his bath in a kitchen sink

Build wealth when you‘re young and ignore your friends who laugh...