In a letter to Mr. Anydoho sighted by Citi News, the NDC said it found Mr. Ayindoho guilty of “misconduct and anti-party behaviour.”

“The Functional Executive Committee (FEC) acting in compliance of article 48 (1) of the NDC Constitution unanimously adopted the report and accepts full responsibility for your expulsion from the Party,” the letter added.

Mr. Ayindoho had been serving a suspension that begun on February 8, 2021, after his consistent criticism of the party.

Some NDC members had been complaining about Mr. Anyidoho’s conduct and called for him to be expelled.

He had cited some tweets and news reports which showcased the former party executive’s critical stance towards the NDC.

The NDC said Mr. Anyidoho cannot be “recognized as a member of the party and cannot carry [himself] as such.”

He has further been directed to return any party property that may be in his custody.

“You shall also forfeit any money, dues, or subscription fees that you may have made to the party,” the NDC indicated to Mr. Anyidoho. 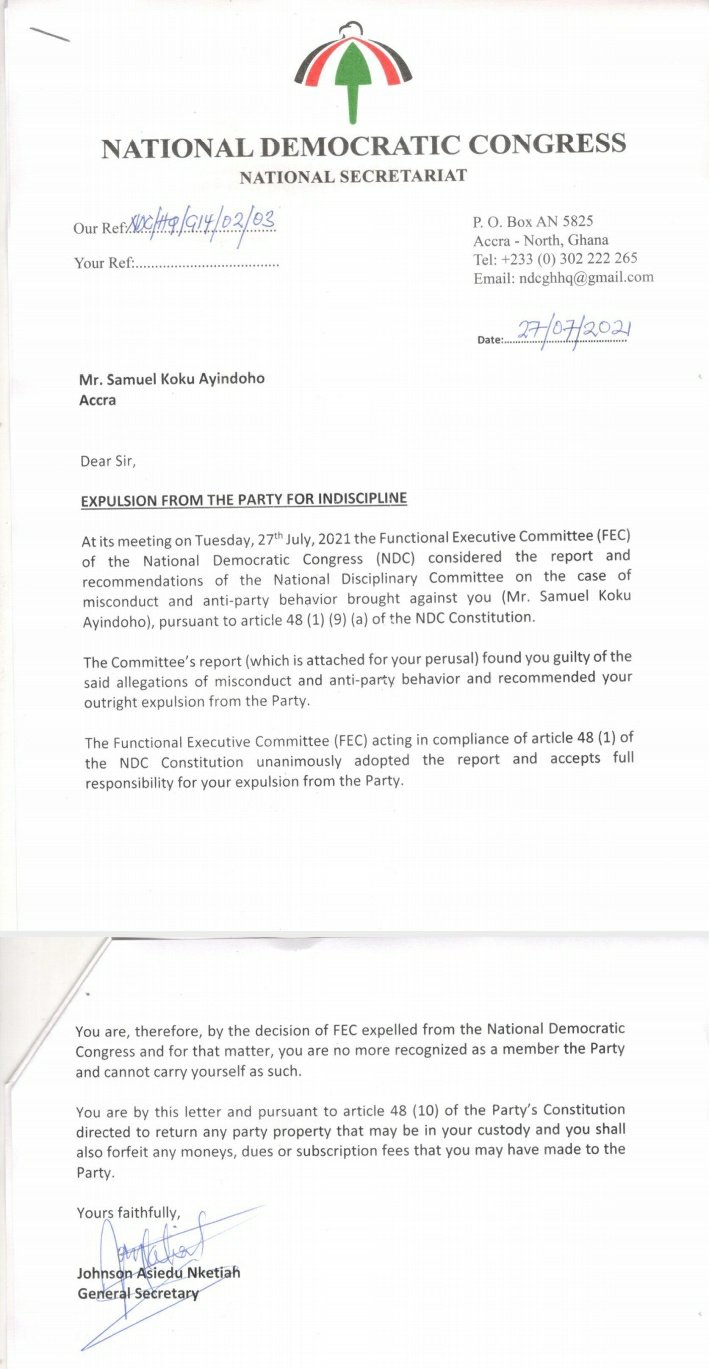