The ongoing feud between Kuami Eugene and Guru has drawn the attention of Ghanaian social media users. As a result, a lot of netizens are sharing their opinions.

What brought about this whole Kuami Eugene and Guru’s saga is that the latter has complained that the Rockstar has refused to feature on his song.

In response to his complaints, Kuami Eugene said Guru cannot be disrespecting his record label CEO, Richie Mensah and expect him to feature on his song.

Replying to what the Angela hitmaker said, the NKZ hitmaker took to Facebook this afternoon to tell him that he might think he’s on top today. But he should know that no one stays at the top forever.

READ ALSO:  Woman beats her husband to near death after catching him with a side-chick

Well, some netizens in reaction to the situation have said that Kuami Eugene might be the hottest artiste now, but he must not disrespect a legend like Guru.

“Kuami Eugene is currently one of the hottest artiste in Ghana right now but disrespecting Guru like that is a big No.“, one Twitter user wrote. 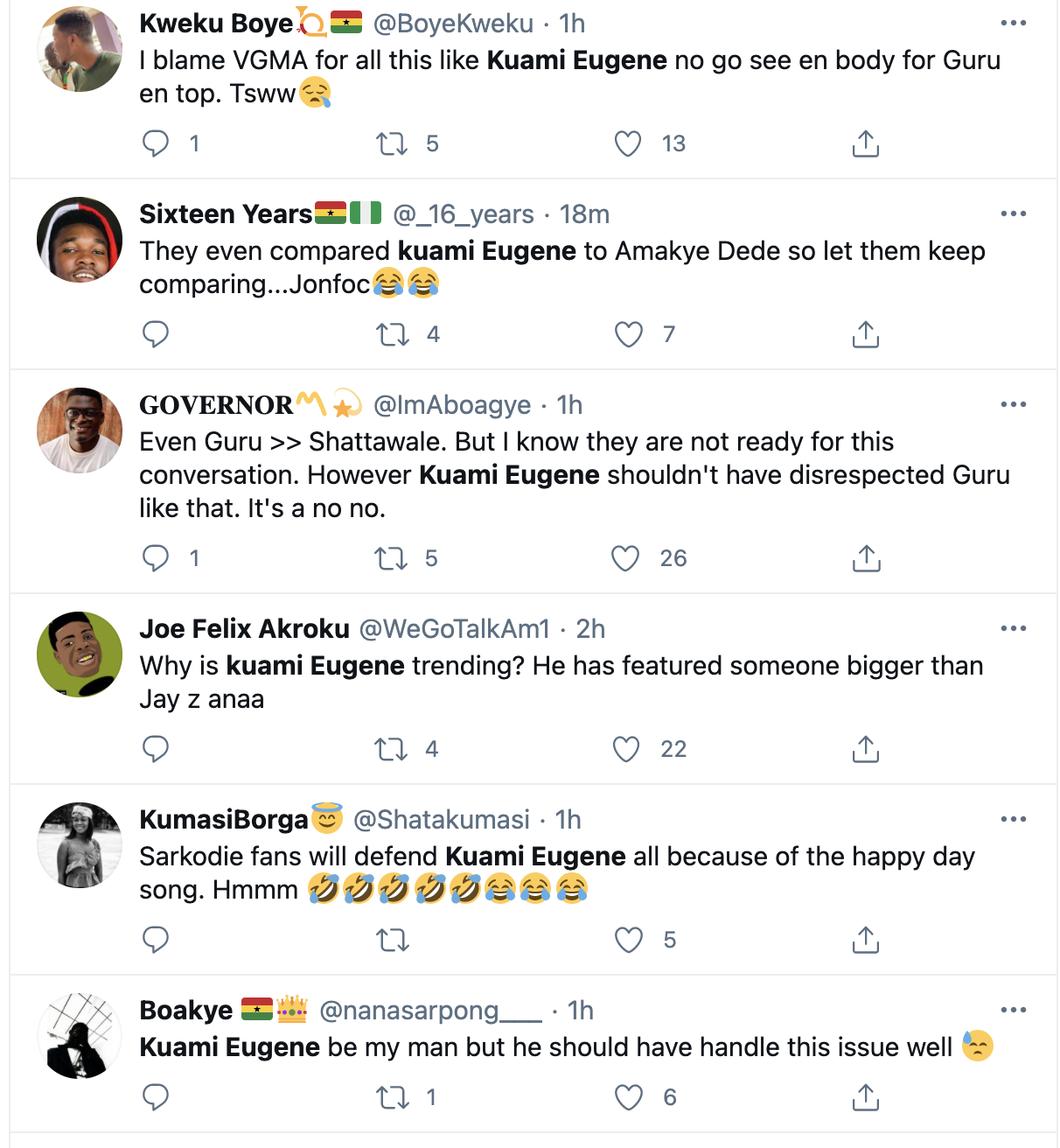 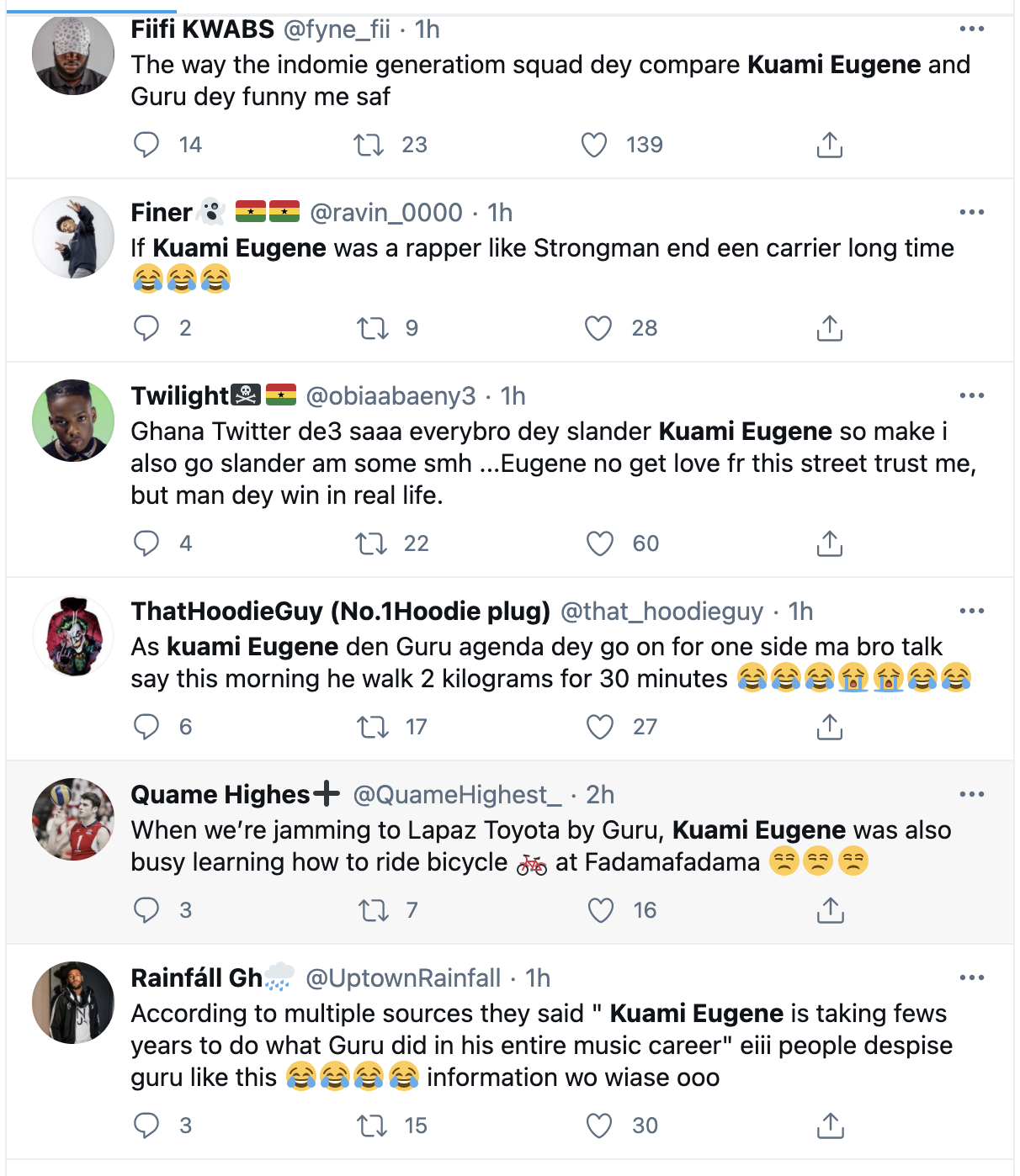