Kwaw Kese asked Sarkodie for a remix on his Cash Up song today but he turned down the request humbly.

This got some Sarkodie fans trolling Kwaw that just recently, he blasted Sarkodie saying he does not pick his calls and blah blah blah only for him to come and beg for a collabo again. So he must be ashamed of himself.

The trolling and mockery got to the Mad Time Records CEO so he has penned down a message to all Sark Natives.

According to him, he has known Sark way long before they came to know him.

So after his rants the last time, Sarkodie got in touch and they solved their differences.

“Dear #Sarknation I knew Sark before y’all came to know him . If there’s any issue between me and him, it’s got to be settled between us.

We spoke after my rants and we cool now. Let Love lead in this our messed up industry. Go support my new tune.” 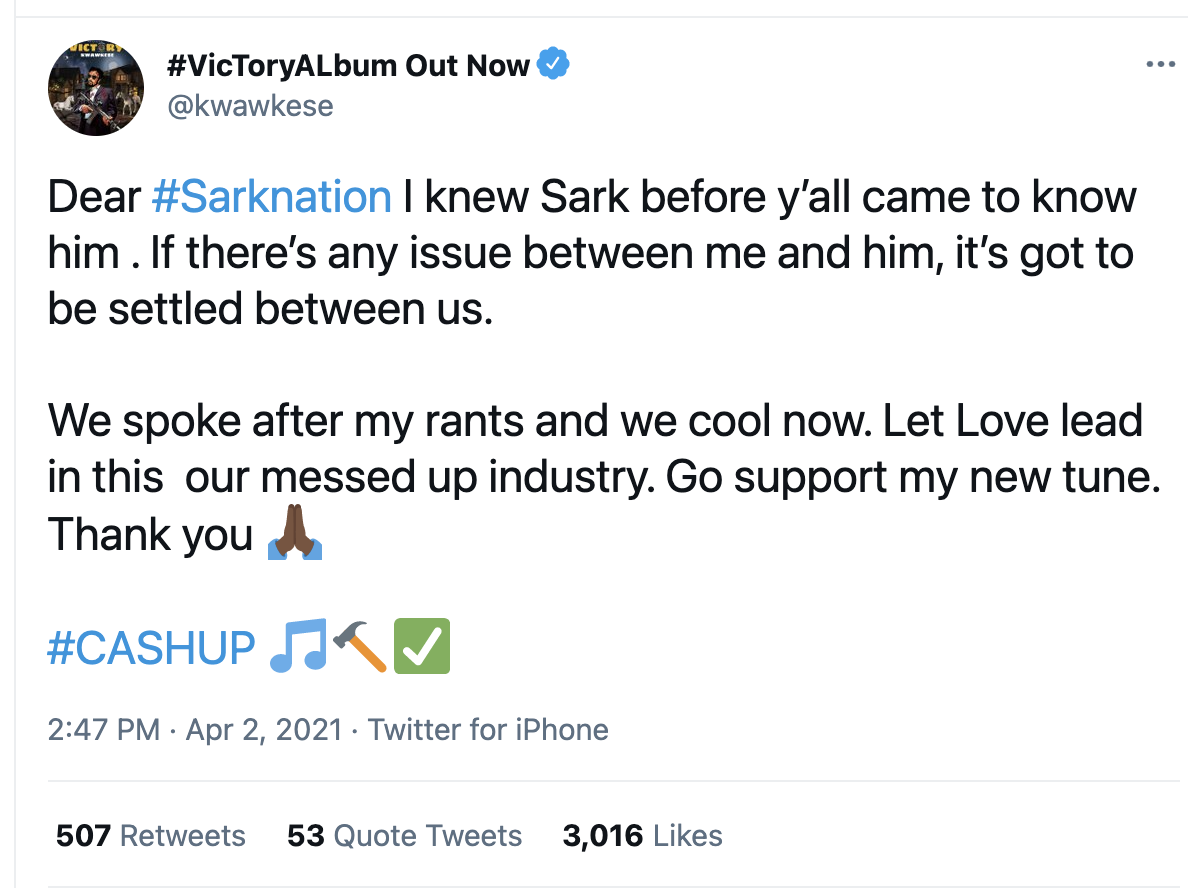