Actress Efia Odo has jabbed sound producers crying over how musicians do not pay them the money they deserve for working with them.

This debate has once again arose after a social media scuffle between Shatta Wale and MOG Beatz. The latter complained that he produced 10 songs on the dancehall musician’s Reign Album, yet, he hasn’t paid him since 2018.

Reacting to the situation, Efia Odo stated that making beats does not qualify most of these guys out there to call themselves as producers.

She remarked that producing music is a whole new level than beats making.

She wrote: “Some of all ain’t producers, y’all just beat makers. Making beats doesn’t qualify you as producer. Producing Music is a whole production and you are head of production.” 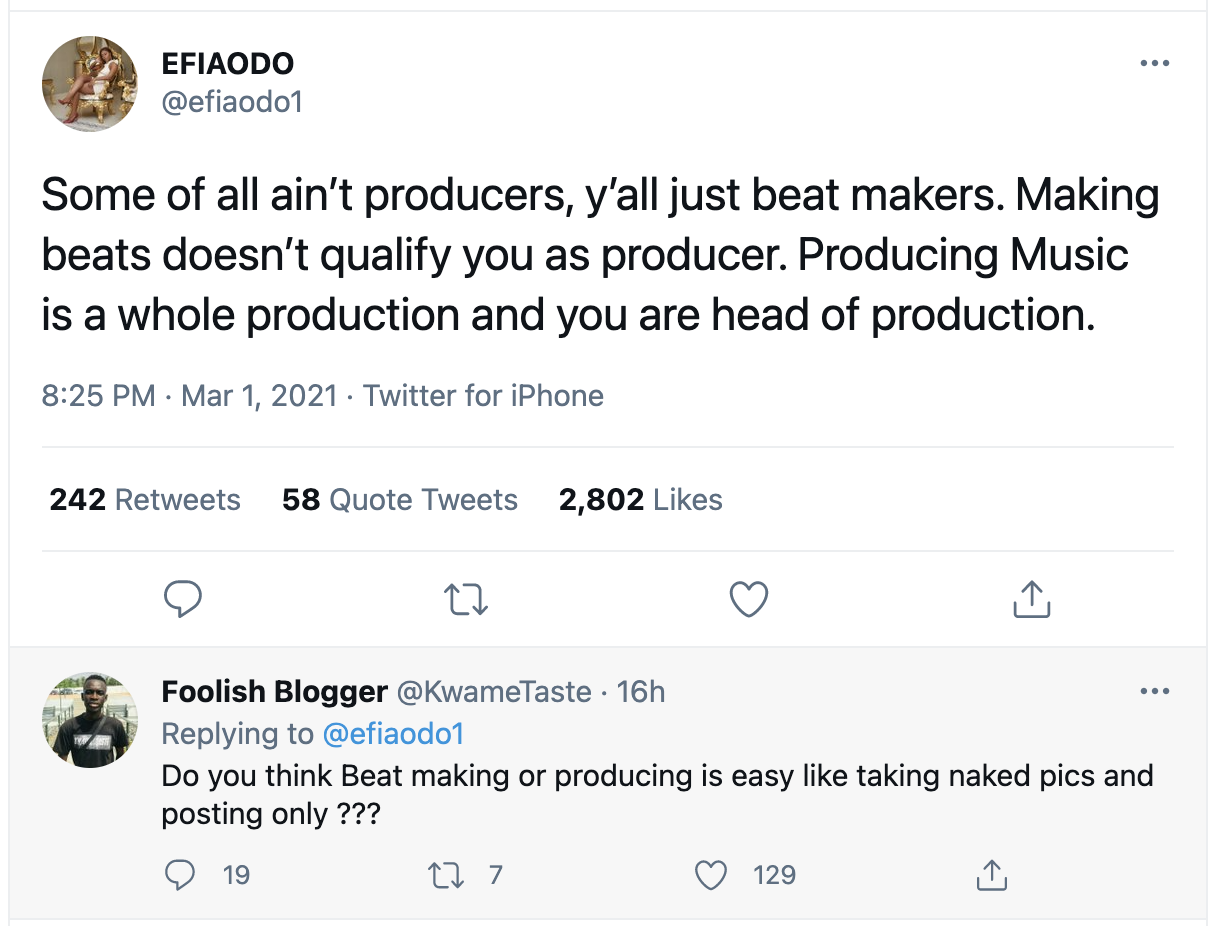