A Nigerian man has taken to Twitter to point out that men are the main cause of high divorce rate….

A Nigerian man has taken to Twitter to point out that men are the main cause of high divorce rate.

He gave reasons to back his opinion.

See what he wrote below:

“Men are the cause of high divorce rate!
.
If men were to put the kind of effort women put into making their marriage work, divorce rates will be low and many women will be happy. A woman can’t be building marriage with a man who’s scattering it. 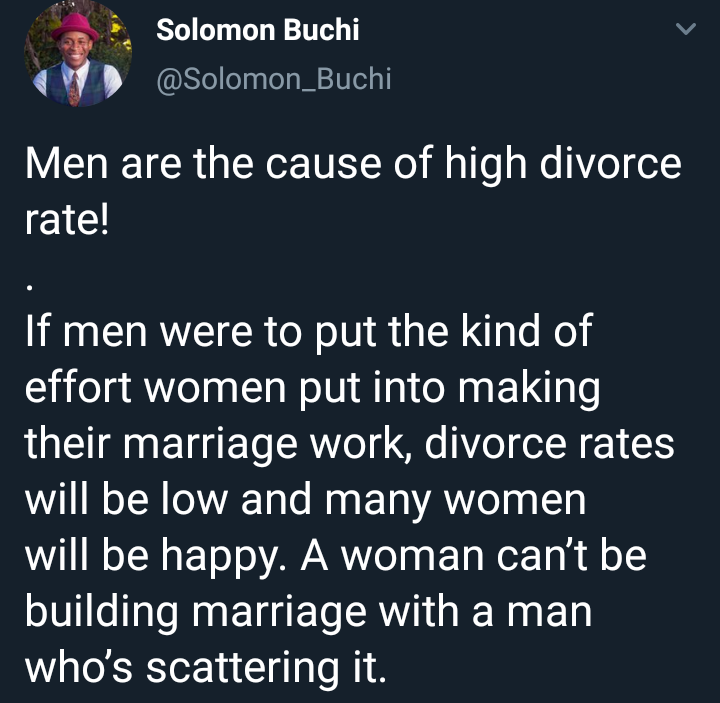 A woman has to cook, clean, wash, submit, obey, be corrected, pray, fast, and the man’s work is to bring money and give orders, cheat and disrespect her. Why won’t divorce be rampant? When it’s not slavery. Men are the cause of high divorce in African countries! Women are tired! 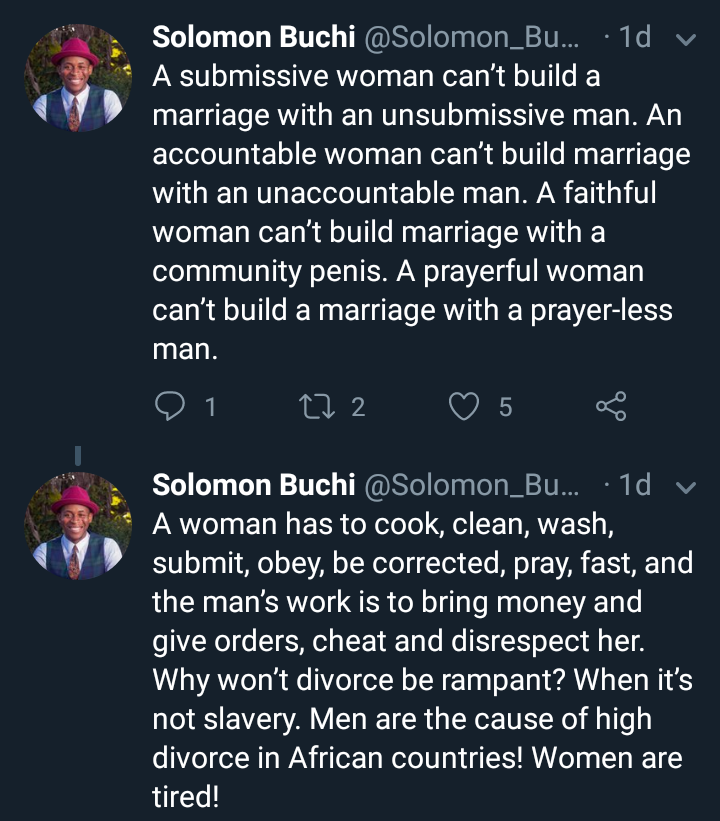 Marriage is not between a dictator and his subordinate. Marriage is between two equal partners who should put in the SAME amount of energy to make it work. Nobody is to do more! So if men ain’t ready to make it work too, to hell with them! Bye!” 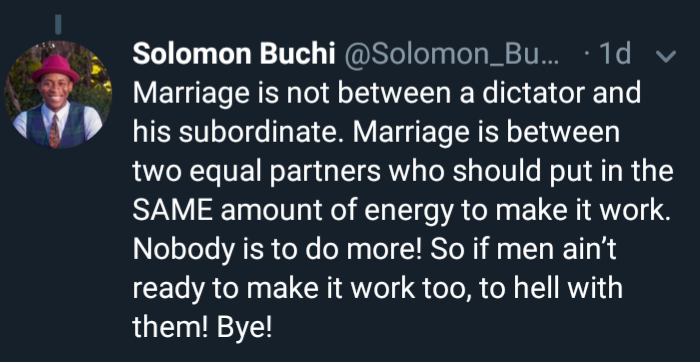 Do you agree with him? Let us hear from you in the comment box!!!

It’s not only Shatta Wale who got Grammys nomination from Ghana, M.anifest bags surprise nomination

I aborted Abrokwah’s baby after our divorce – Afia Schwarzenegger

“We prayed to know God’s opinion but it was unchangeable. I am just a servant.” – TB Joshua react to failed COVID-19 prophecy

Nigerian basketball player, Michael Ojo dies at 27 after suffering a heart attack during training in Serbia