Rapper Manifest has come out to say that a particular lyrics of his godMC song keeps gaining relevance each year.

When you listen to godMC so well, there was a part where Manifest sang that “Ghanaians so concerned about diplomas and awards, titles and the Bible, I find it absurd”.

He took to twitter today to say that this lyrics keep gaining relevance every passing year.

The rapper is saying this amidst the controversy and brouhaha surrounding Gospel musician, Dr Sonnie Badu bagging 4 different certificates in a period of four months.

The singer and preacher has come under attack with many saying it is never possible to attain such academic heights in such a short while.

Is Manifest saying this in reaction to the trending issue? That’s up for you to judge. 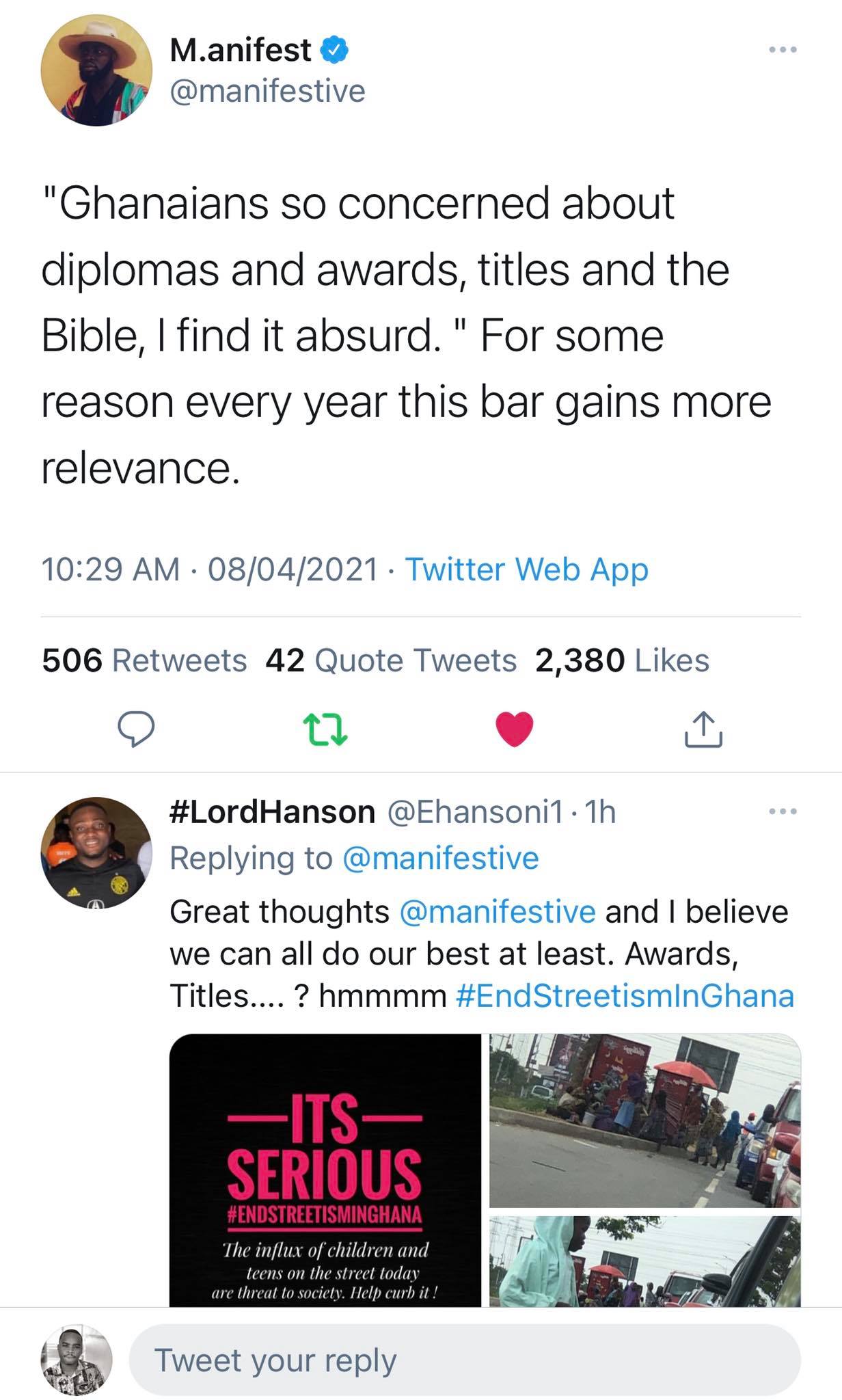