Michelle Obama has been criticized for comparing US president Donald Trump to a divorced dad.

The former First Lady angered divorced dads during an interview on Sunday to promote her book ‘Becoming’ in London. The mother-of-two made a statement likening Trump to divorced dads, and divorced dads believe this statement means they are unfit parents who make their children sick.

At London’s O2 Arena, while expressing her frustration over Trump rolling back a number of Barack Obama’s policies, including his transgender policies, Ms Obama said:

“For anyone who had any problems with Barack Obama, let’s just think about what we were troubled by – there were never any indictments.”

READ ALSO:  Side-chicks are second wife aspirant, they can tell the president not to fix roads, they're like a second choice goalkeeper waiting for the first choice to get tired'- Honorable Madiba 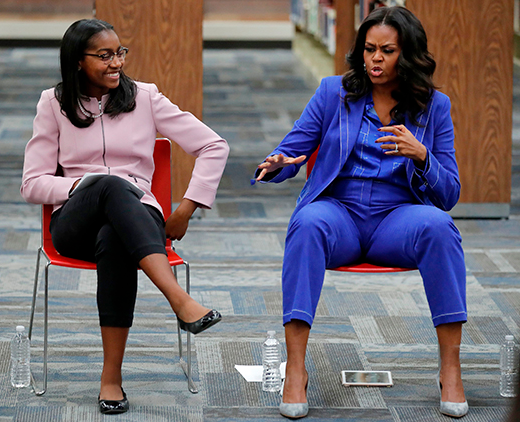 She added that Americans are like children living in a broken home.

“We come from a broken family, we are a little unsettled,” she said. “Sometimes you spend the weekend with divorced dad. That feels like fun but then you get sick. That is what America is going through. We are living with divorced dad.”

She didn’t explain what she meant by “get sick” but people felt it was an affront on divorced dad and that she was suggesting they do not have what it takes to properly care for their kids. 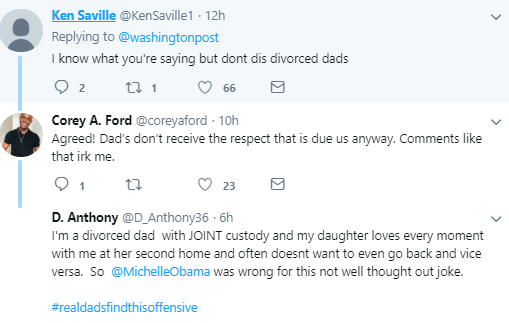 Ms Obama continued: “It’s like swimming in the ocean with great waves. If you are not a great swimmer, you are not going to learn in the middle of a tidal wave. You are going to resort to your kicking and drowning and what you knew how to do in the pool.”

READ ALSO:  Barack Obama issues a statement on the death of George Floyd

She also said she struggles to watch the news these days.

“When I am not emotionally able to deal with it I turn it off for a moment. I only let some of that stuff into my world when I’m ready. You can’t have a steady diet of fear and frustration coming in.”