A millionaire who could acquire Mercedez in the early 80s when JJ Rawlings was a Military leader flaunts his car.

According to Saddick Adams, one millionaire who could acquire Mercedez Benz in the early 80s when JJ Rawlings was a Military leader and wanted to cease flaunts it.

According to report, he was the only richest man in Brong Ahafo who could afford the expensive ride back then and so, JJ Rawlings allegedly wanted to cease it.

He hid it from the president by building a metallic garage for it.

Below was what Saddick reported:

“For those who grew in BA, this man was very rich and popular in the 1970-80s. He was the only millionaire who could acquire this Mercedez in the early 80s when JJ Rawlings was Military leader. Rawlings wanted to seize the car so the man made special metal garage to hide the car.” 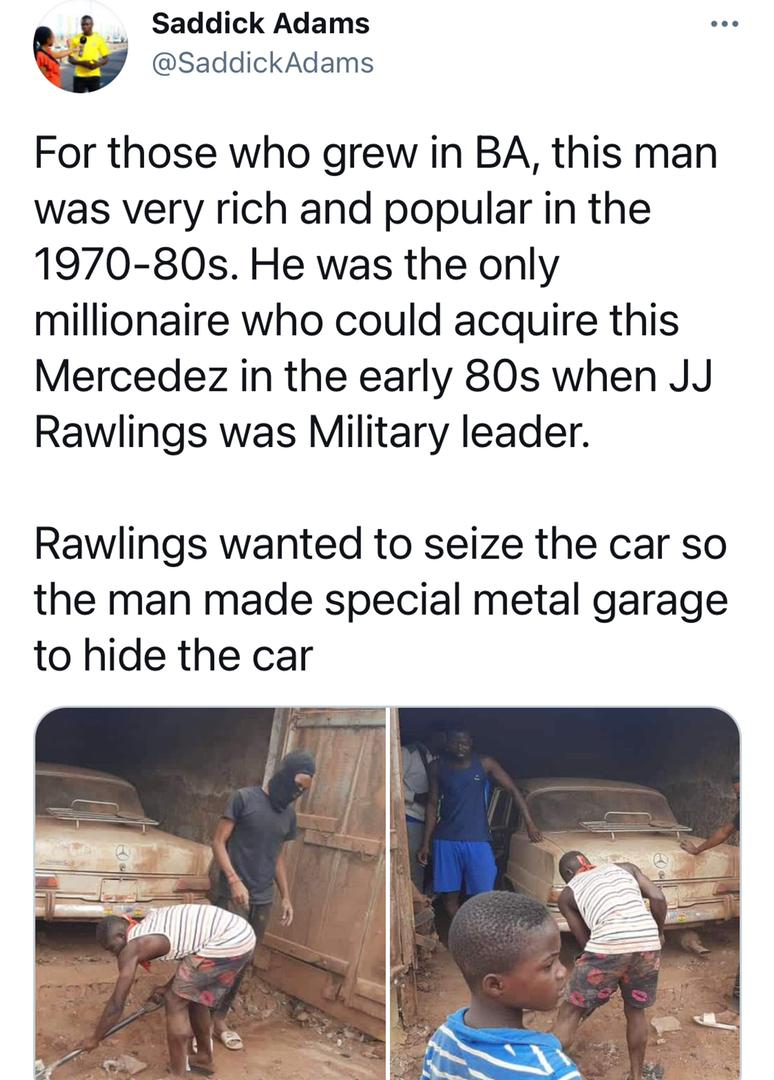 See the photos below: 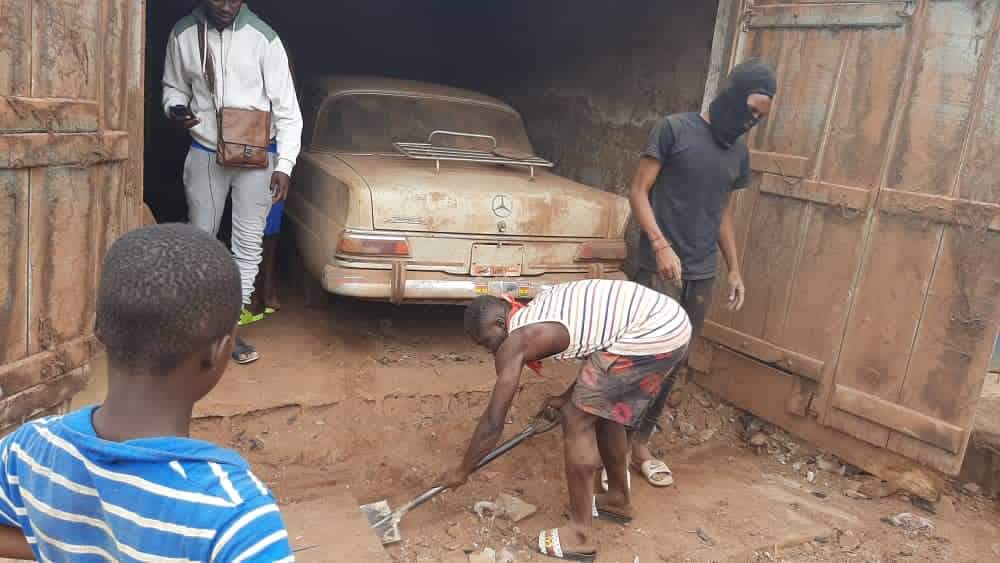 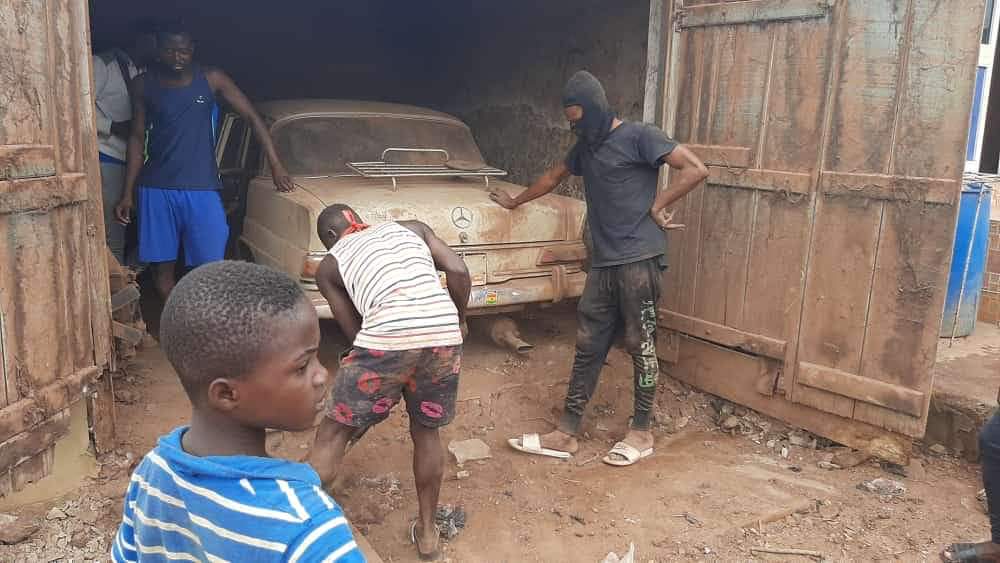