There’s a new beef that has just started between Shatta Wale and MOG Beatz.

We’ll break it down as to how it all started.

So today, Shatta Wale took to his Facebook handle to list the music producers that he has worked with that he loves the most.

The dancehall musician listed PAQ, Gigz, Beatzvampire, Beatboy as his realest producers he has worked with in Ghana.

Shatta Wale added that he always spoils them with cash because they do their work well.

You can read below what he posted: 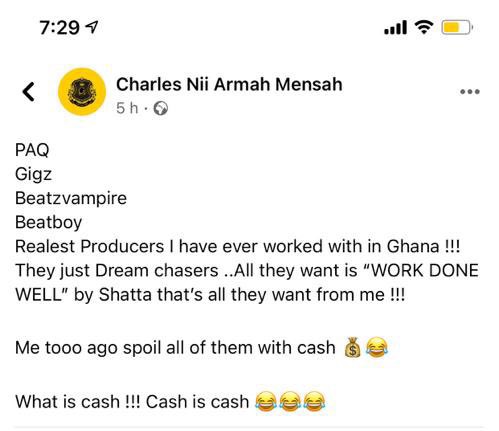 Now, it appears Shatta Wale’s post annoyed some other producers who have worked with him before.

READ ALSO:  See the message a smart boyfriend sent his girlfriend so she doesn't suspect him of cheating

One of such producers is MOG Beatz.

In a tweet, the producer alleged that he produced 10 solid songs for Shatta Wale which was featured on his Reign Album — the album was released in 2018.

However, for over two years now, MOG Beatz is saying Shatta Wale hasn’t paid him a dime for his work done on the much successful album.

In a tweet, MOG said he has always known that Shatta is not stingy but since 2018 he has not paid him for his work done on his album. So seeing him brag that he pays all the producers that work with him is somewhat funny to him. 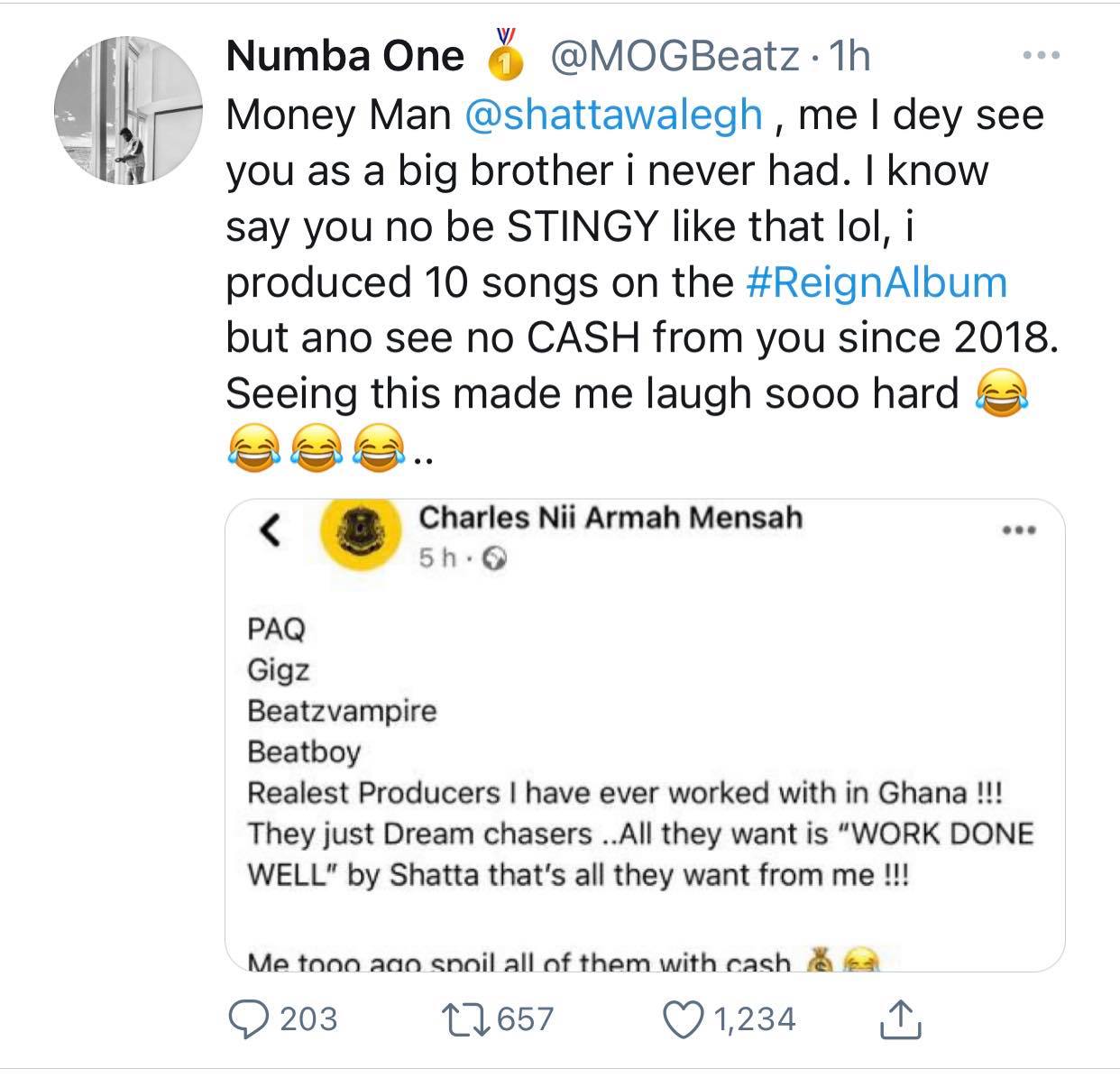 MOG Beats added again that he has dashed the money to Shatta Wale. But the manner in which he put it shows that he’s just mocking the dancehall icon. 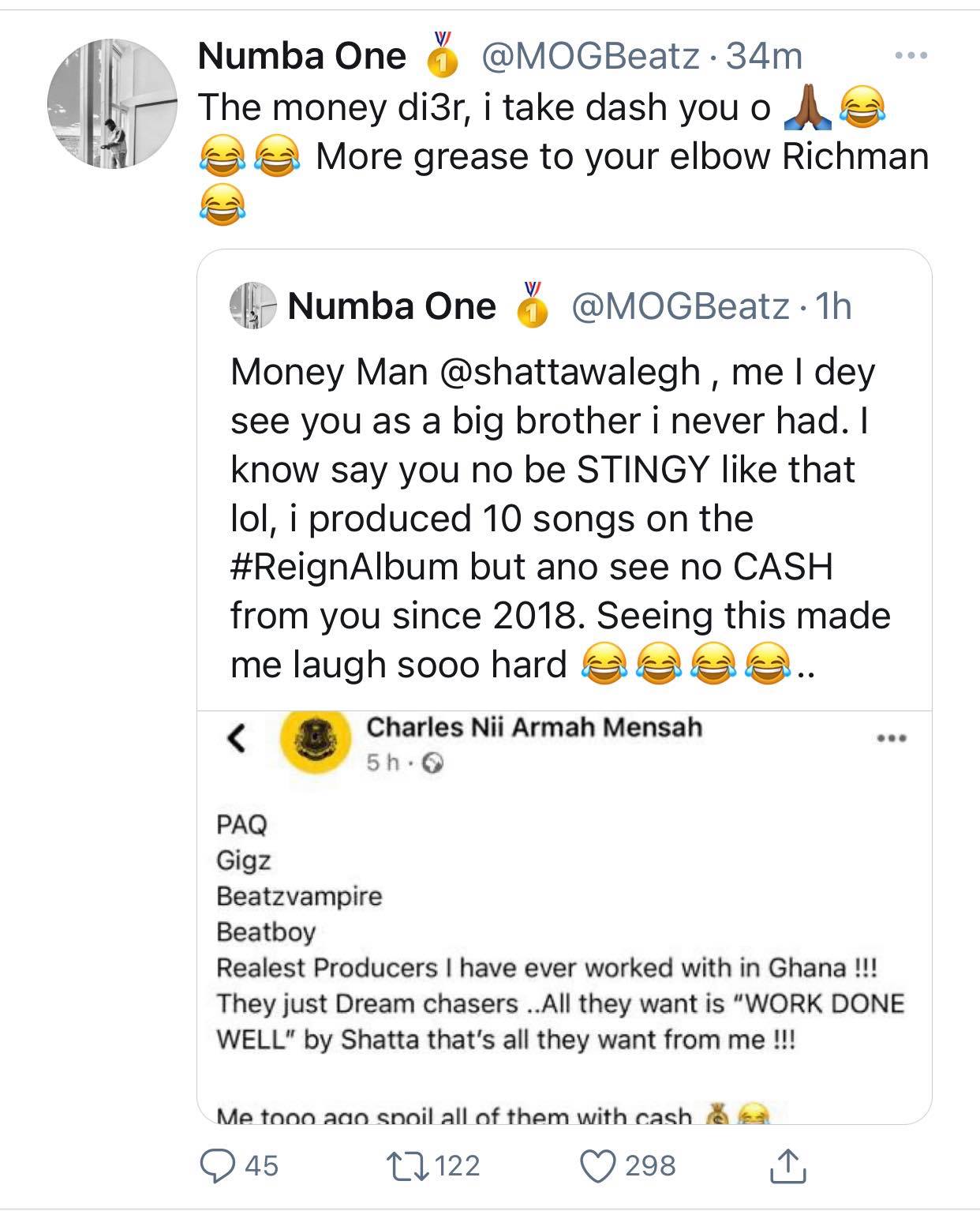 As if that isn’t enough, MOG Beats tweeted sarcastically that he used to think Shatta Wale was a cheerful giver. 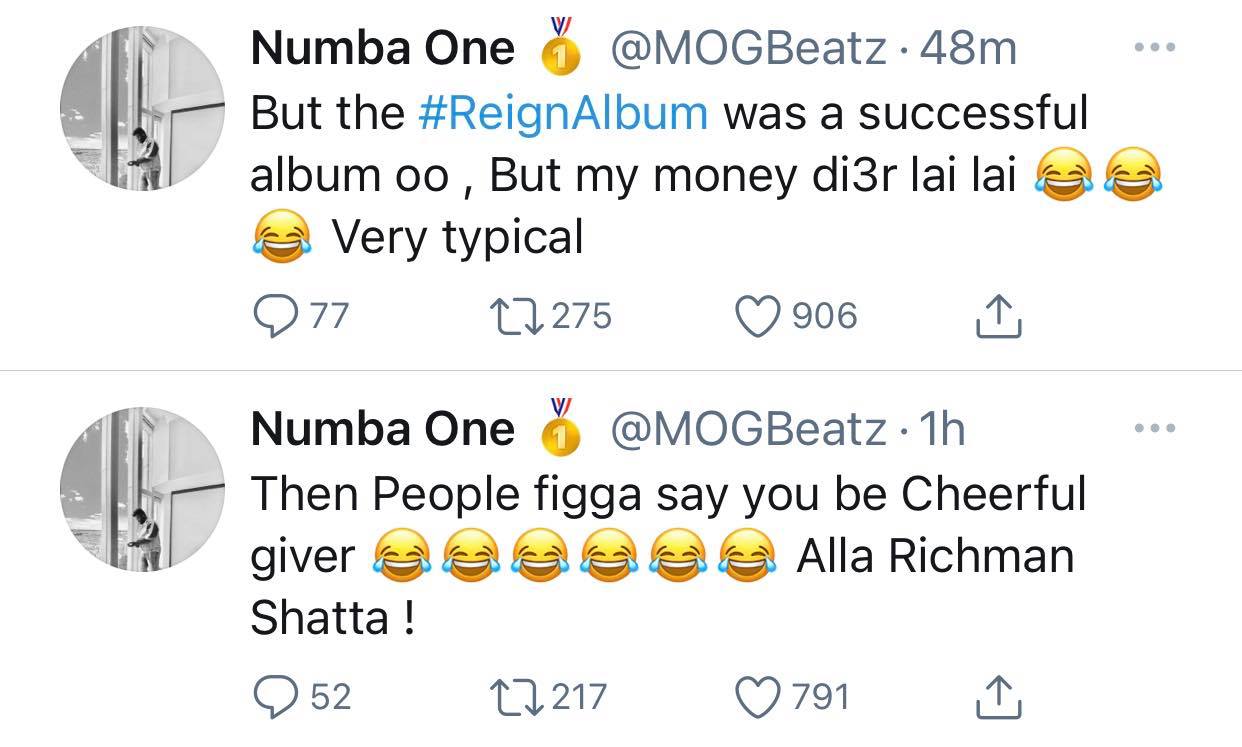 If you’re wondering which songs that MOG produced on the Reign album, here is the list below: 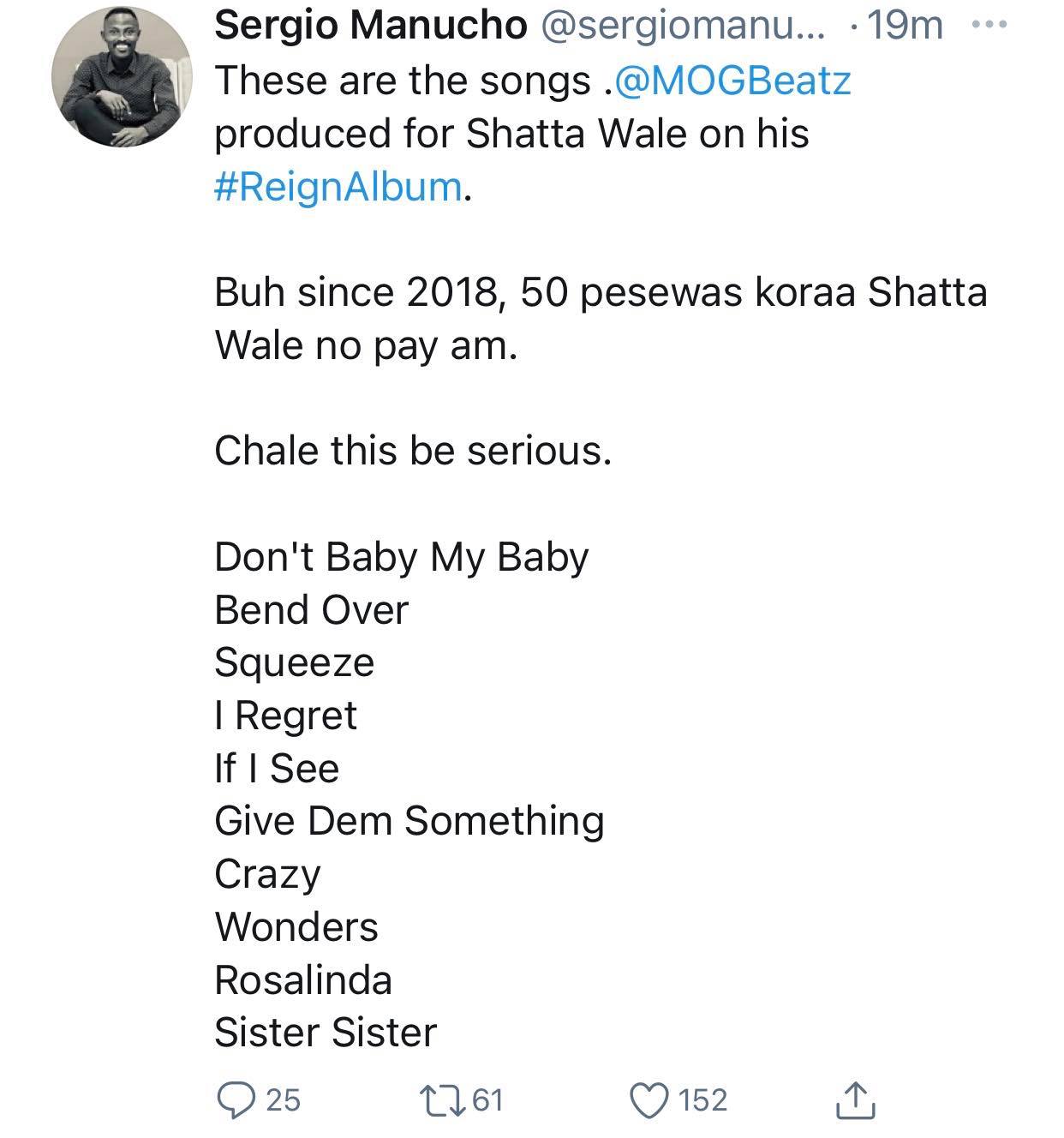 Well, these are just allegations, let’s wait and see what Shatta Wale would say about this.