In a series of tweets, he alleged that he worked on 10 songs off the Reign Album. However, Shatta Wale hasn’t paid him for the work done since 2018. You can catch all the details here.

Well, a few minutes after making these allegations, MOG Beatz has come out again to imply that rapper Sarkodie that many think is stingy is more generous than Shatta Wale who many see as a cheerful giver.

To make his point, he retweeted an old tweet of Sarkodie and wrote: “God bless every artiste supporting music producers”.

Which is to mean Sarkodie has been paying the producers he works with while Shatta on the other hand doesn’t. 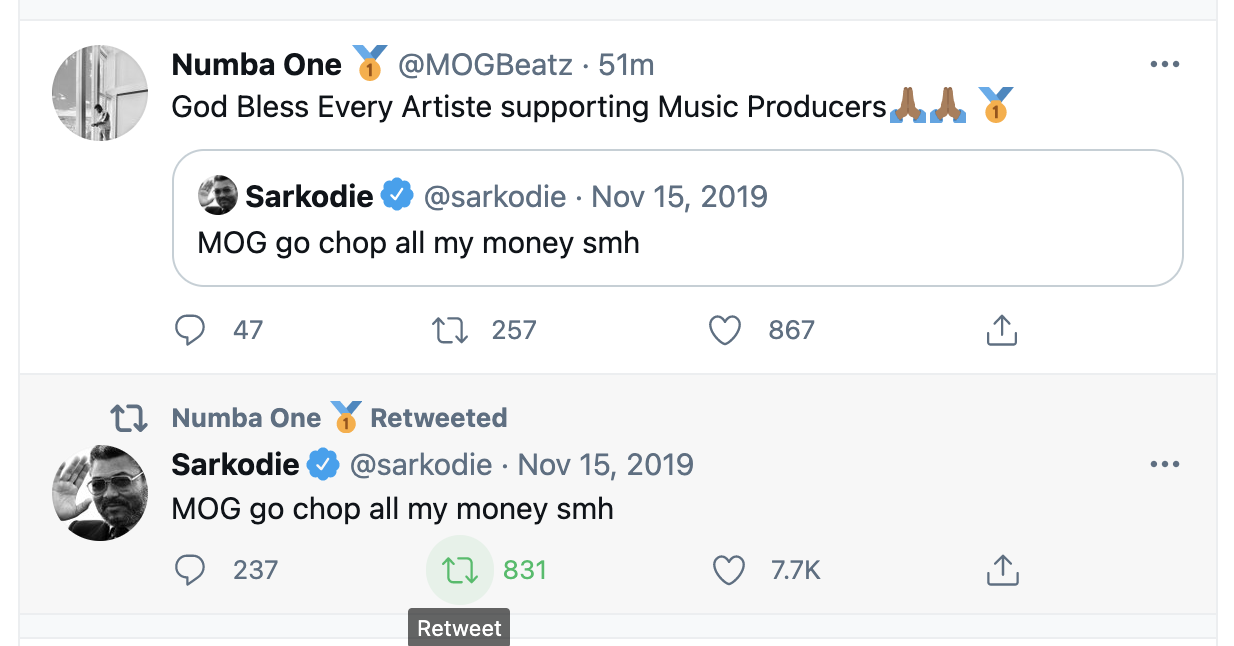