Singer Mr Eazi has finally address speculations that he is dating billionaire daughter, Temi Otedola, because of her father, Femi Otedola’s money.

Temi and Mr Eazi became an item in 2017 and made their affair public when they attended the wedding of the son of billionaire businesswoman, Folorunsho Alakija in London. 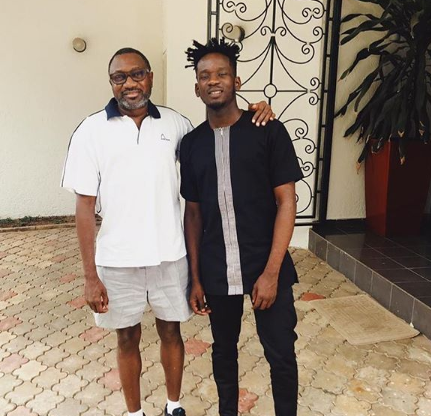 Many people have insinuated that he in a relationship with Temi because of her father’s money.

However in this new interview with Vanguard, Mr Eazi  said he doesn’t care what he people think of his relationship.

READ ALSO:  I can pay 3 times the amount the thief will sell my stolen laptop for free - Mr Eazi

”I feel like at the end of the day what comes out of me is in me. You know people can say what they want to say. If you put your ears down and react to what they say, you won’t live, especially when you are in the limelight.

“You have to realize that your life is now entertainment for people. I don’t care about what people think.

If your self-esteem is based on how much is in your bank account then you have a very serious self-esteem issue. So my mind, myself-worth has nothing to do with my account. I have had experiences of ups and downs so if my self-worth was based on material things I would have killed my self”. he said

Mr Eazi says he’ll call someone today and give him or her Ghc120,000 to start the new year