Nigerian and Africa’s finest singer, Mr Eazi replied a fan on Twitter who asked him whether he is a Yahoo boy or not.

The issue of Internet fraud has become a canker in Nigeria mostly among some key musicians within the country.

That has made some few hardworking talents to be drugged through the mud and equally linked the the criminal business.

The anxious fan tried interrogating Mr Eazi by asking; ‘Are You A Yahoo Boy’ thereby receiving ‘Gmail and Wetransfer’ as his answer.

Read Also: ‘We are legends & they are none’ – KK Fosu subtly replies Mr Eazi’s jab

The noisy fan bearing Mr Brown as his name has since vanished from twitter. 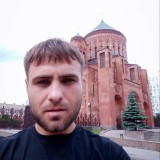 Frank Mawutor is a professional Teacher, loves music for that matter a rapper, very generous. He's the head of music department at celebritiesbuzz.com.gh. His ultimate desire is to promote Ghana music to the world through blogging. He has in-dept experience in how to promote young and upcoming artiste to get to the very top.