Mr Eazi send a DM to the newest dancehall king Larruso requesting to cook a banger with him.

Jadon Shatta Entertainment signed artiste – Larruso is about to work on something magical with Empawa Africa boss Mr Eazi after the latter requested.

A new screenshot posted by Larruso in appreciation of Mr Eazi’s move had the ‘Don Dada’ going straight that they need to work on something.

In response, Larruso was down to earth.

The new kid in the block seem to be fast growing to be the face of Ghana and Africa dancehall at large.

Well, as a superstar in the making, he deserves a link-up with Mr Eazi. 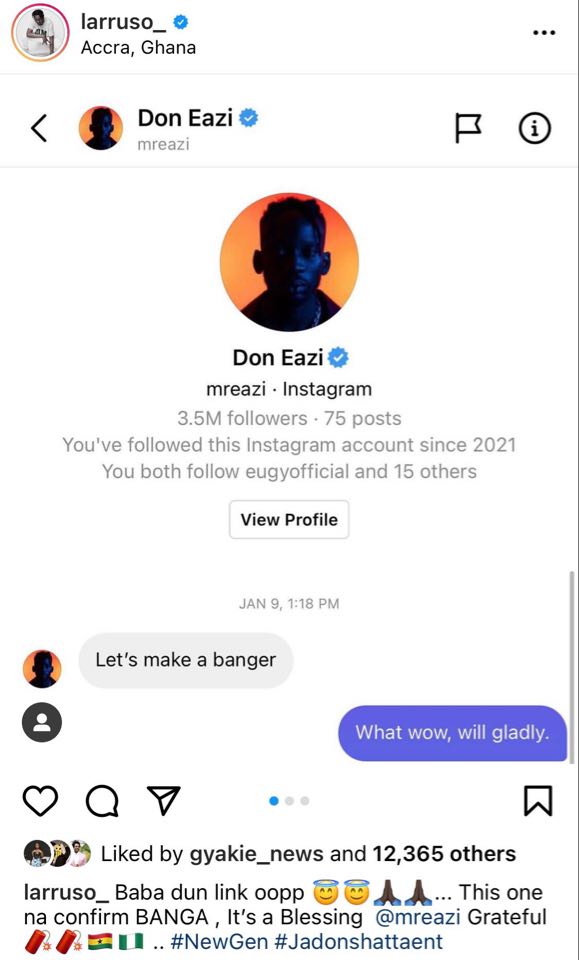 Mr Eazi says he’ll call someone today and give him or her Ghc120,000 to start the new year