The Namibia Government has banned Government officials from buying new cars till 2025. This step was taken to save the…

The Namibia Government has banned Government officials from buying new cars till 2025.

This step was taken to save the economy because of the negative impact of Coronavirus.

Government officials in the country also have the benefit of using free fuel.

However, a new directive also indicates that there’ll be a limit on the amount of fuel they’ll be using henceforth.

The President, Hage Geingob, made the announcement on Twitter on Thursday May 14, 2020.

He said the decision would save the country 200 million Namibian dollars (US$10.7 million), which will be directed “to urgent priorities, specifically at a time when the country is dealing with the health and economic implications of COVID-19”.

The statement read in parts;

“Government will not order a new vehicle fleet for the Executive and Public Office Bearers for the period 2020-2025.

“Savings of 200 million Namibia dollars (about $10.8 million) will be directed to urgent priority areas.” 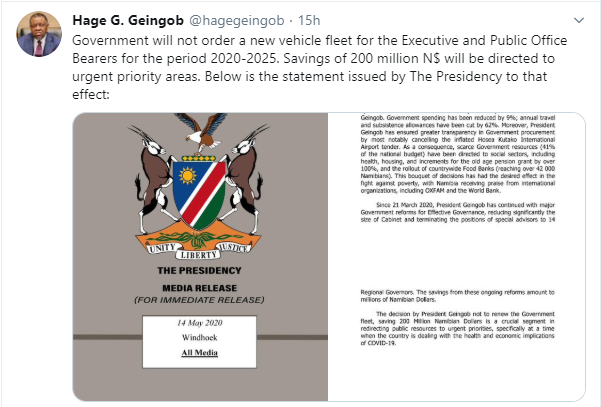 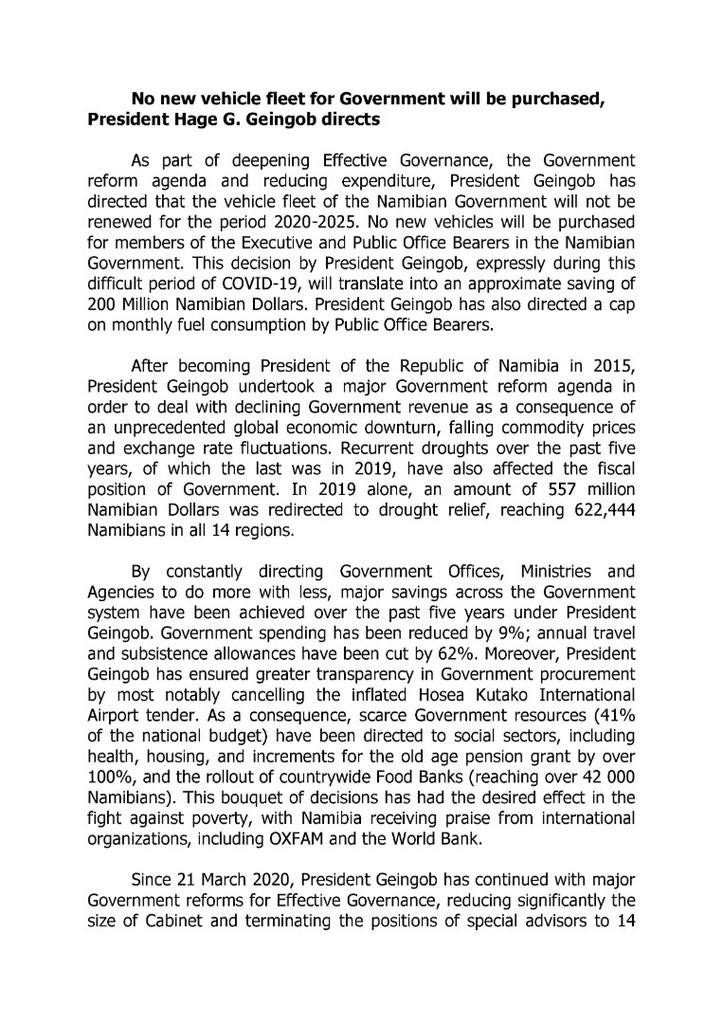 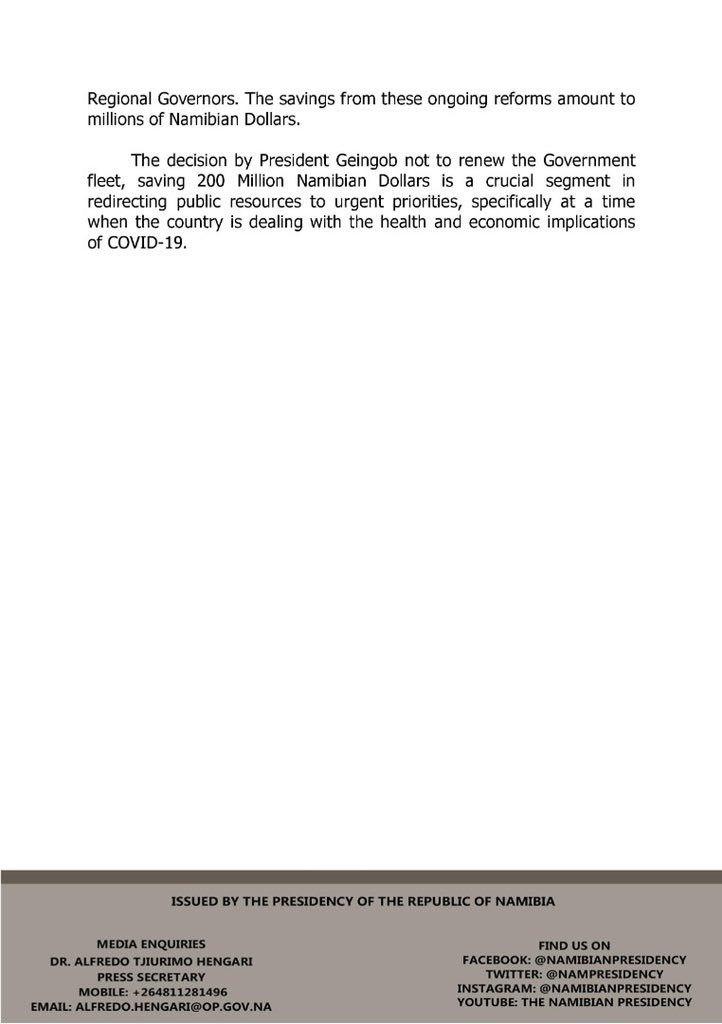 The African country located at the southern part of the continent has so far recorded 16 cases of COVID-19 with 12 recoveries and 0 deaths.

Their population is 2.448 million (according to a survey made by World bank in 2018)

Namibian ministers and their deputies each qualify for Mercedes-Benz vehicles upon their appointment. In 2002, then-president Sam Nujoma had banned the use of Mercedes-Benz, insisting that ministers should ride in Toyota Camry cars.