Neymar arrived at a police station in Rio last night for questioning over claims he raped a woman in a Paris hotel. 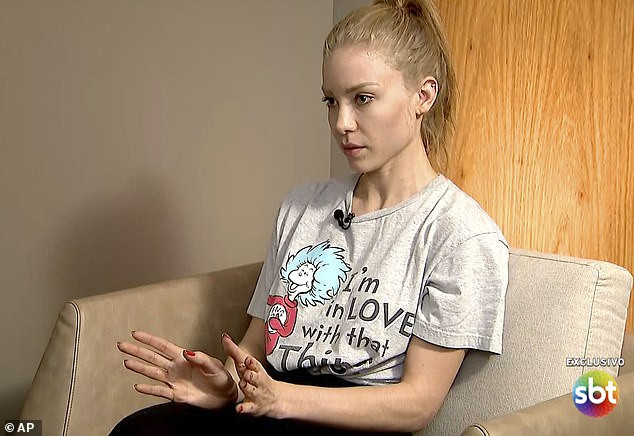 In a recent interview, she said ‘He was aggressive, totally different than the boy that I got to know on the messages.

‘Since I really wanted to be with him I said, OK, I’m going to try to handle this,’ she said.

After some kissing and caressing ‘he started to hit me … then he began to hurt me a lot, and I asked him to stop because it hurt.’

According to Trindade, Neymar apologized, but then continued hurting her while they had sex.

The 27-year-old arrived at the station in a wheelchair having recently suffered an ankle injury while playing for Brazil against Qatar in a friendly match.

The football star, whose full name is Neymar da Silva Santos Junior,  was escorted by three men as he hobbled into the building in Rio de Janeiro with a crowd of fans and onlookers including the Press pictured outside the Police station.

It has also been revealed that his accuser, Trindade was handed a £5,000 fine by a Brazilian court just one day before she made the allegation.

READ ALSO:  'When I was young, I was so obsessed with money but this generation can boast of being the most comfortable' - Omar Sterling Paedae 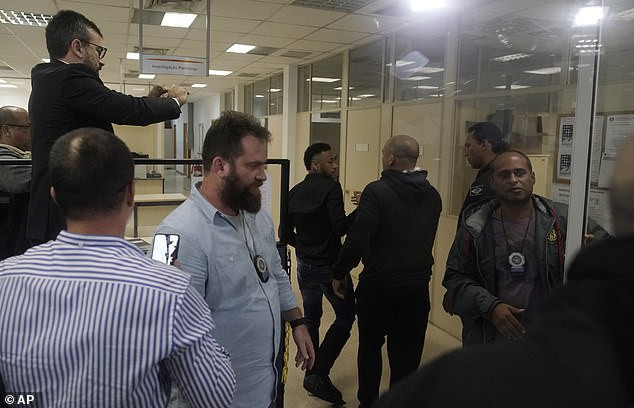 According to Brazilian news website GP1, De Souza, she served with an eviction order by the court ordered to pay a debt of 26,712 Brazilian Reais (£5,000) on May 14 – just one day before she came forward with the rape allegations. The fine was imposed because of unpaid rent and was said to have been comprised of three months of rent and legal fees. 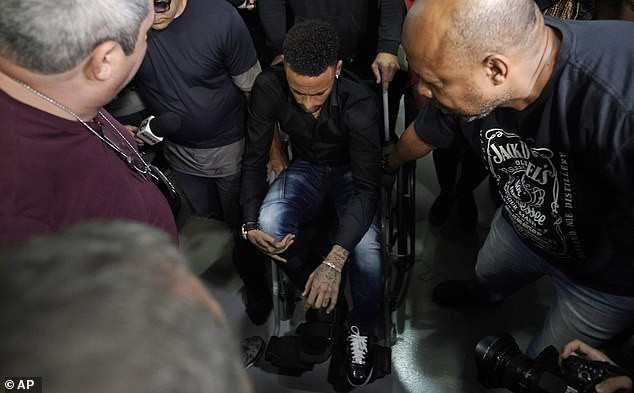 Other media outlets in Brazil also claimed she is currently engaged in a court case with the Pan American School of Arts who sued her over a debt of 4,160 Reais (£800).

Police in Neymar’s home country of Brazil have launched a rape investigation after Trindade filed charges there earlier this month.

Yes, Bruna Biancardi Is Neymar’s Girlfriend: Find Her On Instagram