Pastor Chris Oyakhilome is in trouble after his church, Christ Embassy made claims that over 5 Billion people watched them from countries all over the world in their ‘Global Day of Prayer’ service yesterday. 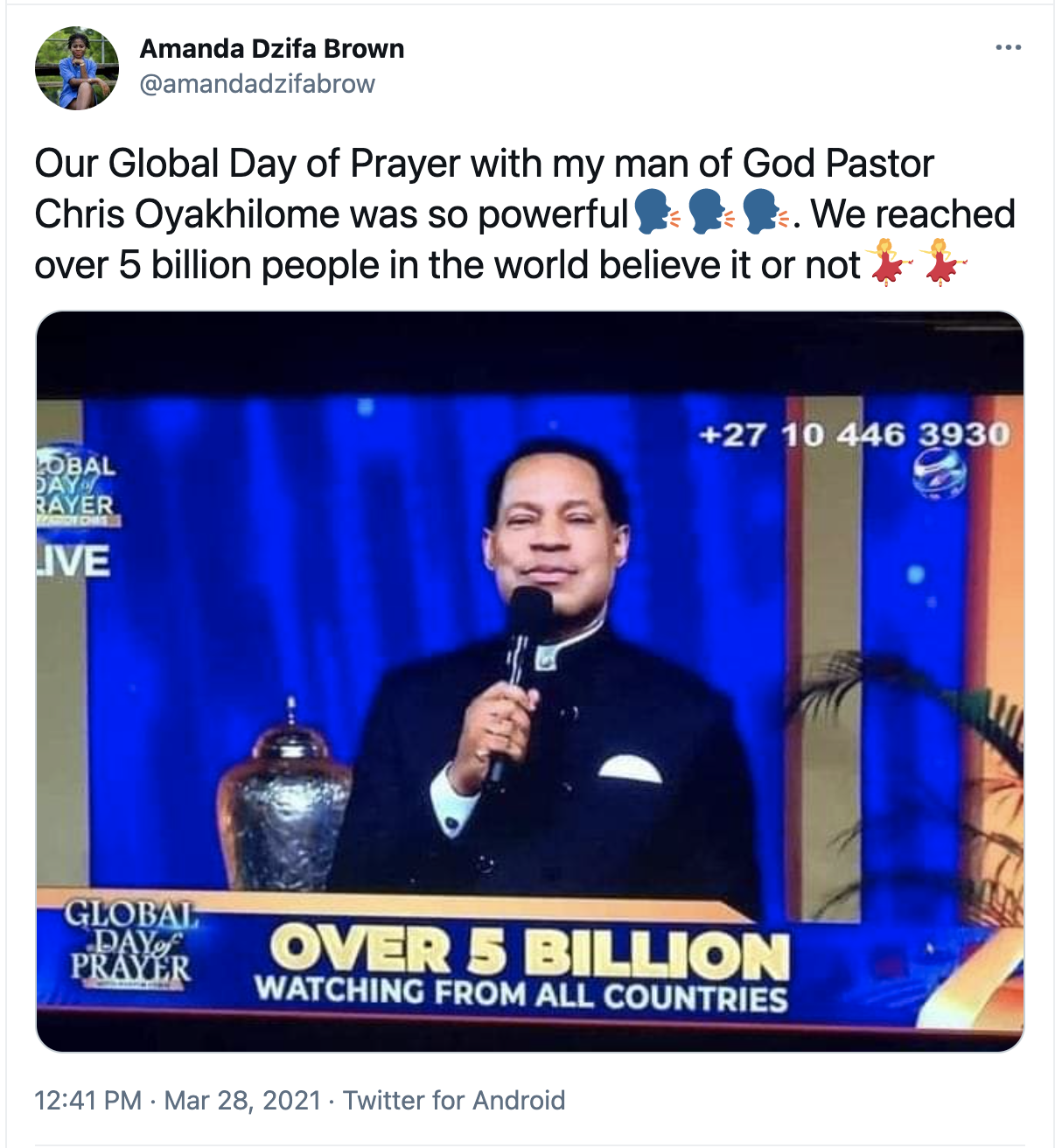 From comments sighted on Twitter, some netizens are tackling Pastor Chris for clearly lying about his statistics.

One guy argued that the world population is around 7.9 Billion and the World Christian Population is 2.4billion. So. how can Pastor Chris claim that over 5 billion people watched him?

“These men dish out lies daily to their members and public while standing on the pulpit and without shame.”, the Twitter user wrote. 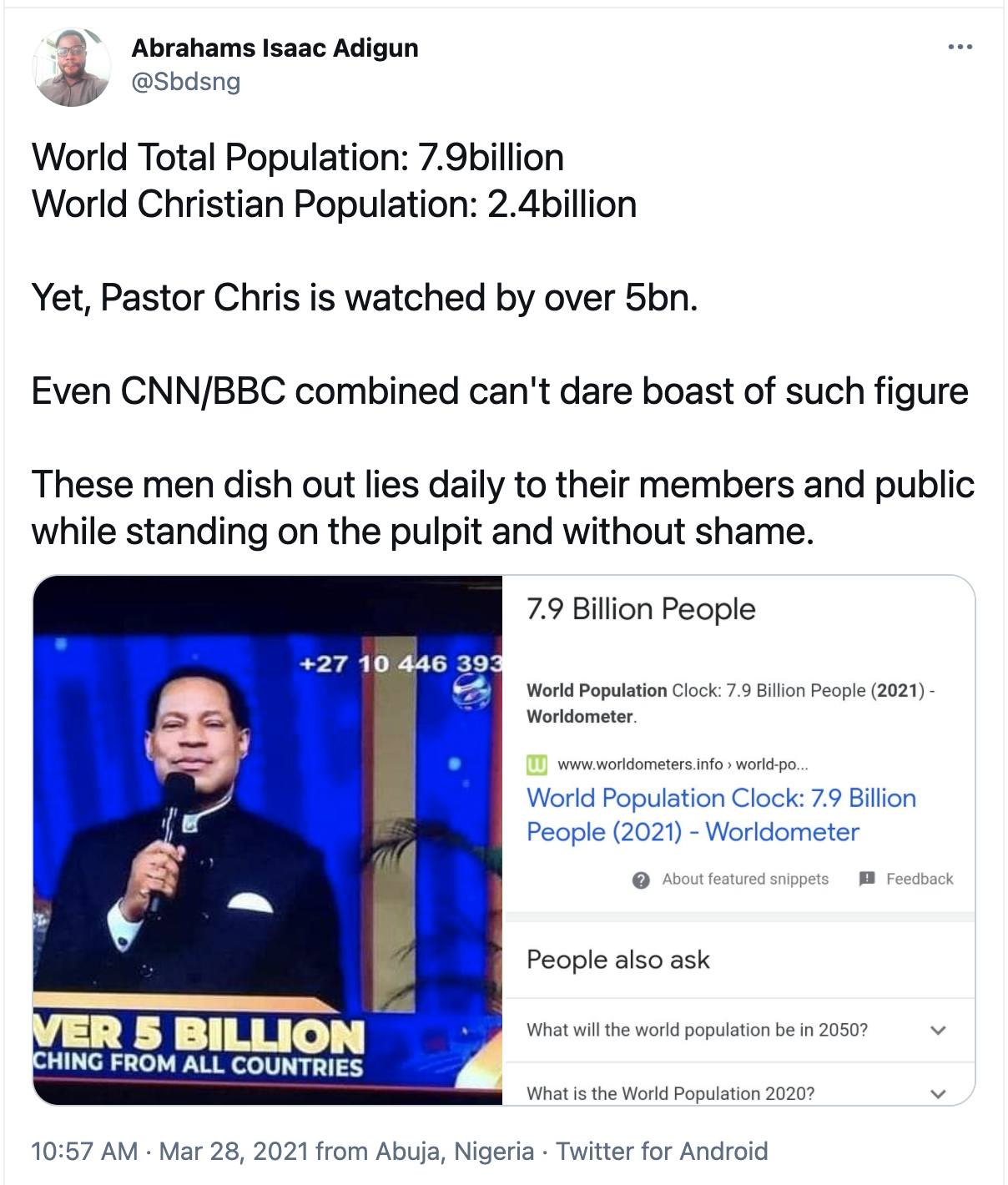 Another person also argued saying: Really?? Why Over 5.3 Billion Pastor Chris? Over 940 million people do not hv access to Electricity, India with 1.36 Billion is predominantly Buddhism, Islam, Protestants and India with over 1.39 Billion population as dominated with Hindus, Sikhs, Jainism. the world’s population is 7.67 Billion, Many went to church today too. . Aahh well Happy Palm Sunday 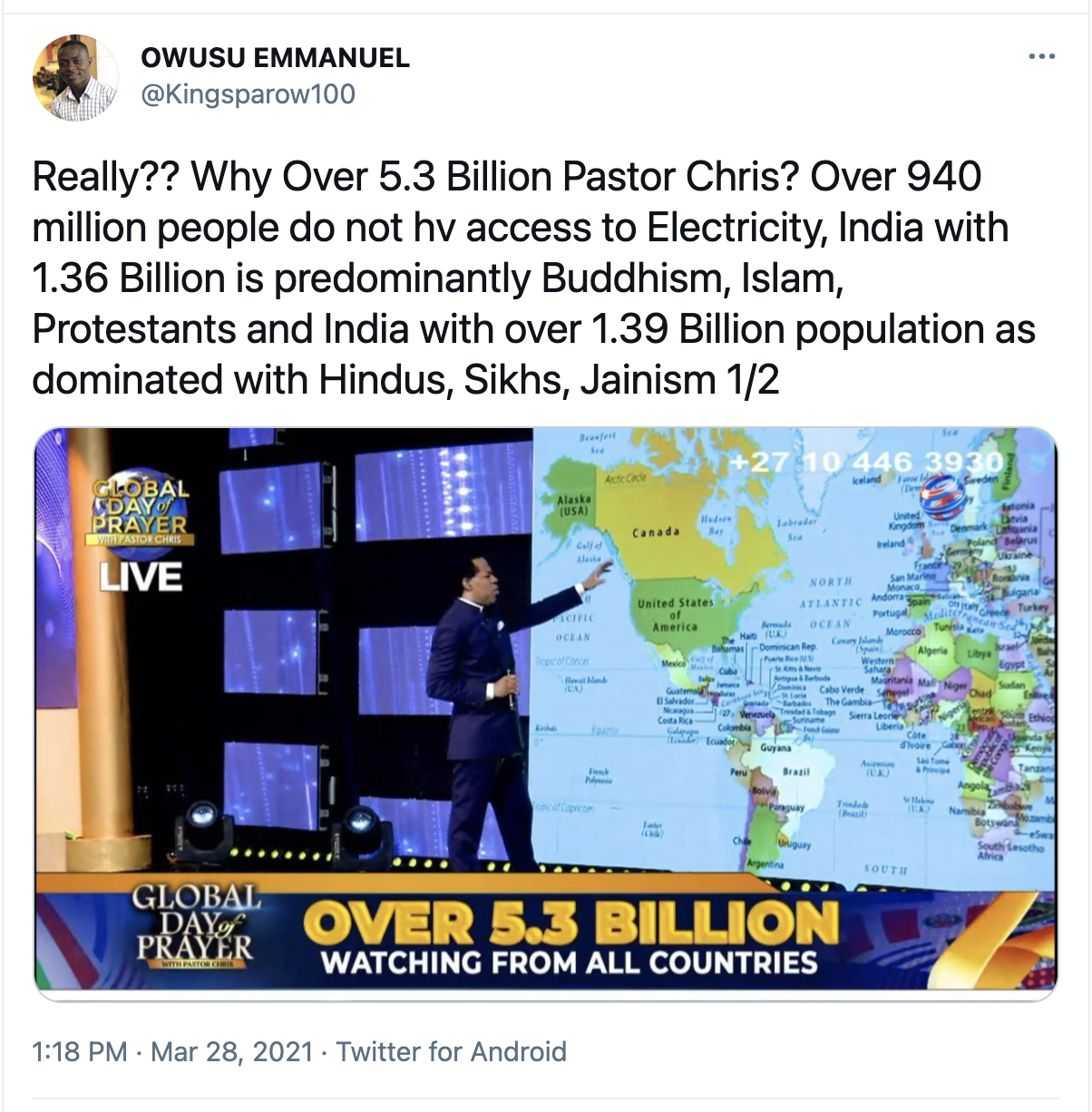 Another user also wrote that Pastor Chris always behaves as if facts and logic does not matter to him.

“He’s just gonna tell his big lies and if you don’t believe it, you can go to hell.”, @mayoveli pointed out.

READ ALSO:  Pappy Kojo's Italian girlfriend attempts to light her 'Weed' while cruising in town to him 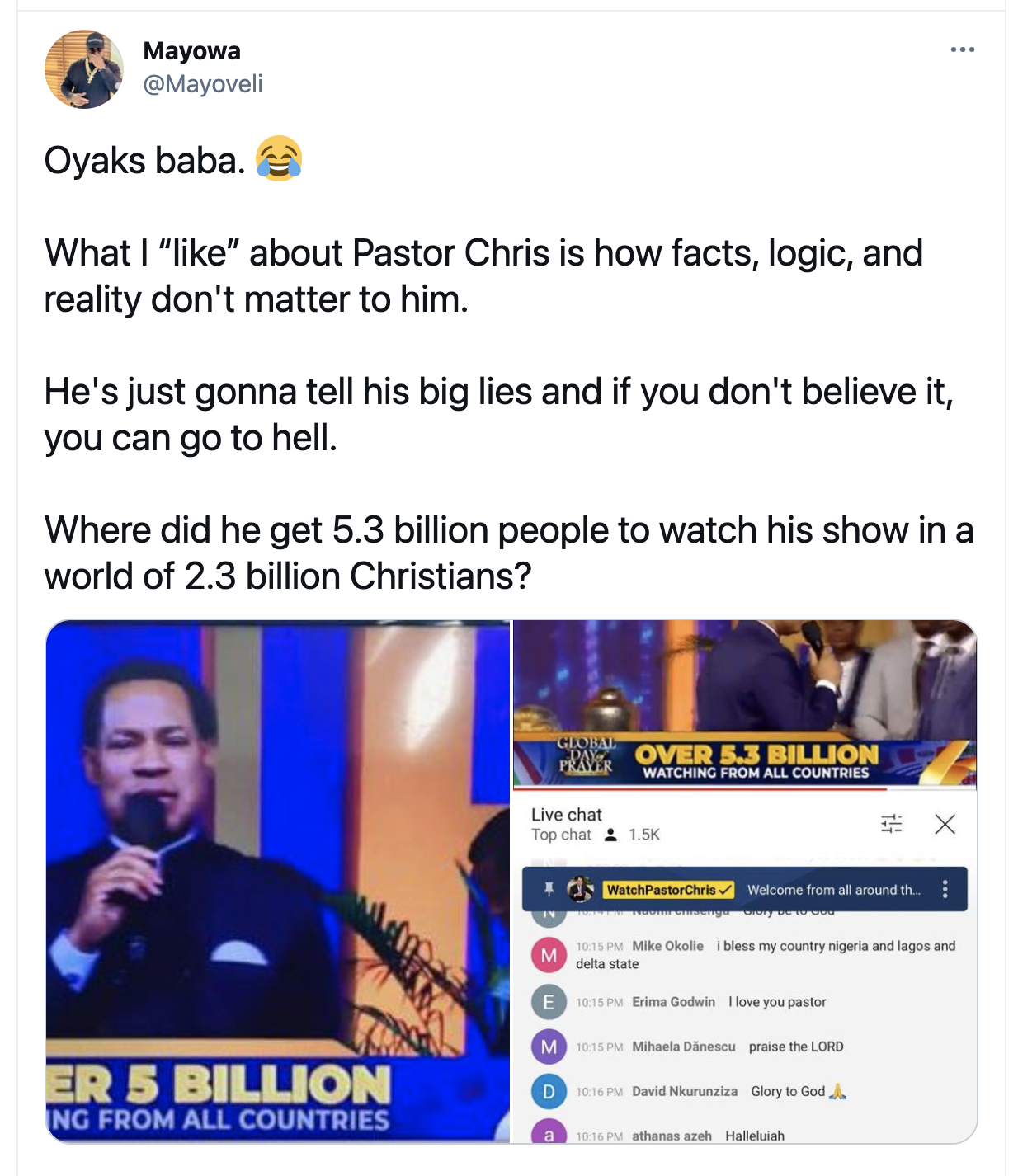