Rihanna Fenty, Barbadian singer, has condemned the arrests of some protesters who gathered for the #OccupyLekkiTollGate demonstration in Lagos.

On Saturday morning, several youths had stormed the Lekki tollgate to protest against the decision of the Lagos judicial panel to grant approval to the Lekki Concession Company (LCC) to resume operations at the toll gate.

The protest was, however, met with opposition from the security operatives, leading to the arrests of several demonstrators including Mr Macaroni.

The development has continued to generate backlash on social media, with many Nigerians slamming the federal government for clamping down on peaceful protesters.

Charly Boy, a veteran singer and activist, earlier condemned the arrests while accusing the federal government of turning the country into a “jungle”

“I know these animals have turned Nigeria into a Jungle. But peaceful protest is still our human right. Animals can’t dash us human right. Say no to #lekkitollgate reopening,” he had said.

Joining the fray, Rihanna said peaceful protest remains a human right which should be upheld.

“Peaceful protest is a human right!! #EndSARS,” she wrote while reacting to a post by Amnesty International Nigeria. 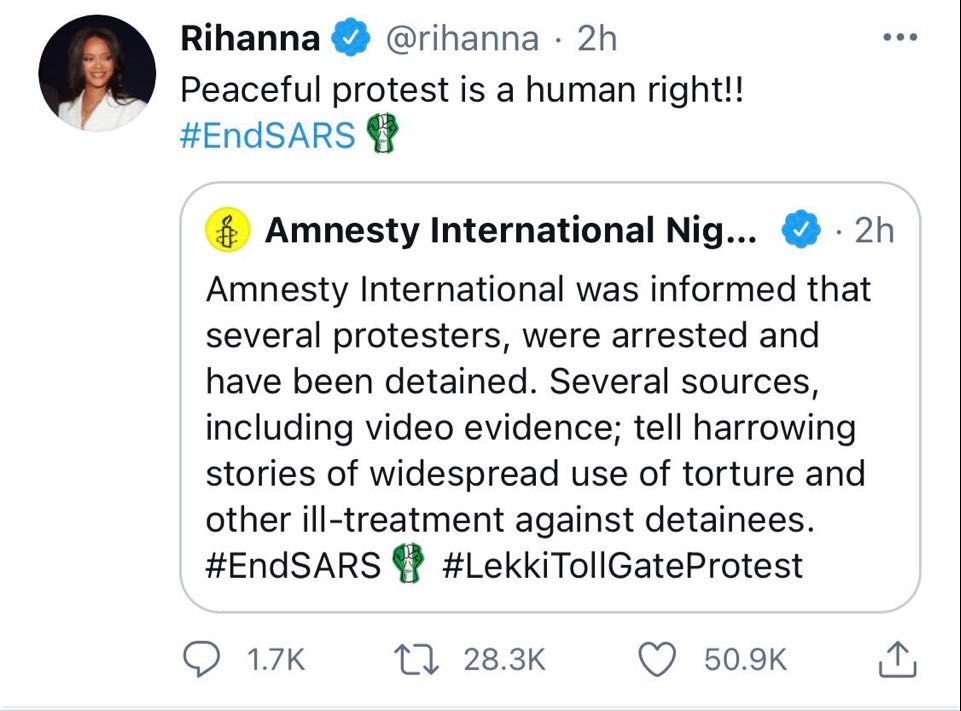 The arrested protesters were arraigned on charges bordering on flouting the COVID-19 protocol on public gatherings and “breaking an order not to protest.”

But they were eventually granted bail in the sum of N100,000 each, with sureties in like sum amid the outrage trailing their arrests.