PSG striker Kylian Mbappe has been tested for coronavirus

Kylian Mbappe, according to French publication L’Équipe, has reported the 21-year-old has been tested for the virus with results coming…

Kylian Mbappe, according to French publication L’Équipe, has reported the 21-year-old has been tested for the virus with results coming ‘later this evening or Wednesday morning’.

He is suffering from a condition known as Angina

Angina: a condition marked by severe pain in the chest, often also spreading to the shoulders, arms, and neck, owing to an inadequate blood supply to the heart. 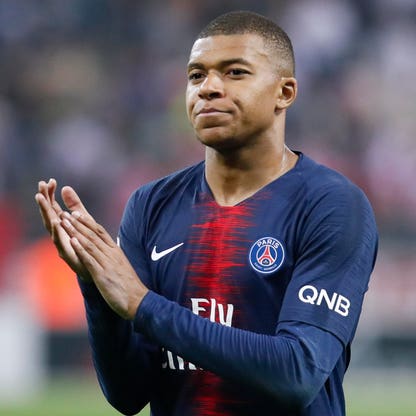 Therefore, as a precaution, he was tested on Tuesday to find out if he’s picked up the virus.

The Frenchman is still waiting for his results but it’s believed he’s not affected. French journalist Julien Maynard later revealed that the test came back negative.

Breaking | Kylian Mbappé has been tested for coronavirus, results tomorrow, but early signs are that he has not contracted the virus. (L’Éq)

Kylian Mbappé did not train with PSG this morning – he is sick, according to @B_Quarez.

La Liga has also confirmed all games will be played behind closed doors in Spain’s top division for the next two weeks.

Meanwhile in Italy, all sport including Serie A has been suspended until April 3 due to the virus outbreak.

BREAKING: Serie A has officially been suspended due to Coronavirus. @FabrizioRomano pic.twitter.com/LPRX6Bwk6V

Farmers have sex more often than other professionals – New Study

Woman covers her entire body with tattoos including her eyeballs, has her tongue split into two

COVID-19: Nurse murders his doctor girlfriend for infecting him with the virus

Man Travels 2,400km to surprise lover only to see her in the arms of another guy