The rapper calls himself the ‘Face of Ghana Rap’ and for him to prove that he has to do something very crazy. 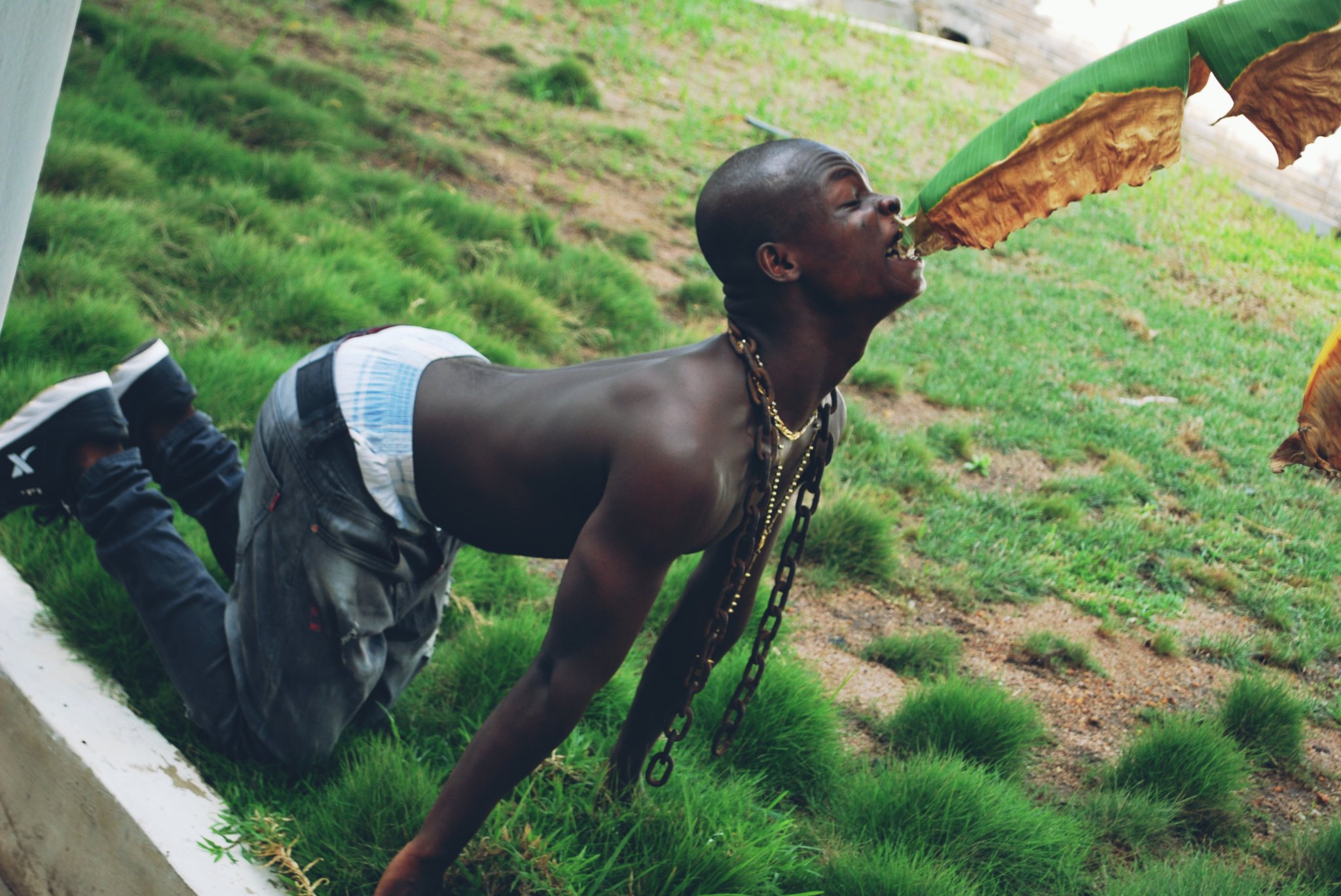 In a tweet he shared, he was seen prostrating as a goat and has in his mouth the tip of plantain plant branch.

According to him, that is to prove that he is the Greatest Of All Time (GOAT).

AY Poyoo has suddenly become a social media sensation irrespective of the quality of his content and whether he has any musical talents at all.

However, he has granted some interviews and the recent one he did on Adom TV had him enter the studio with a goat to metaphorized who he is and what he is made of.

His latest tweet reads: Chewing some dope lyrics before I record the next banger.

Edem shades Jayso for beefing Manifest – see what he said

“I just love this dreadlocks, I look good in it but I will cut it for my dad” – Kwesi Arthur

‘Anything is possible in Volta Region’ – John Dumelo

Lady caught stealing Cassava made to carry it, paraded in town