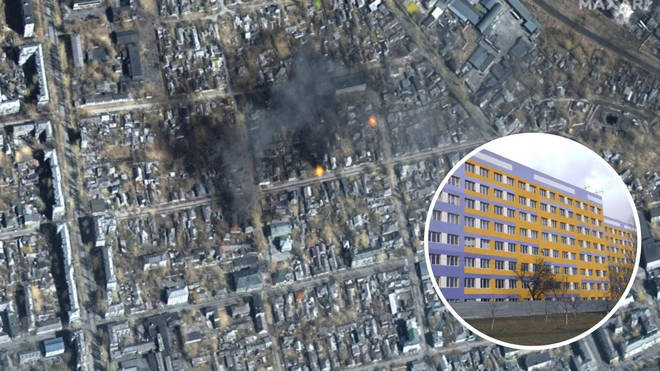 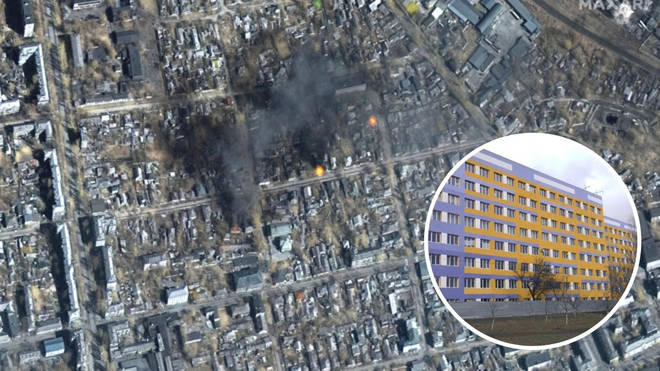 Russian forces have reportedly entered the biggest hospital within the southern Ukrainian metropolis of Mariupol and are stopping docs and sufferers from leaving the constructing.

Donetsk Oblast Governor stated on Tuesday afternoon that Russian forces “drove 400 folks from neighbouring homes to the Regional Intensive Care Hospital and so they can’t depart”.

Pavlo Kirilenko, head of the Donetsk regional navy administration, stated: “It’s unattainable to get out of the hospital. There’s a heavy taking pictures, we sit within the basement.

“Autos haven’t been in a position to drive to the hospital for 2 days. Excessive-rise buildings are burning round… Russians compelled 400 folks from neighbouring homes to return to our hospital. We will not depart.”

Russian forces are apparently firing on the home windows of the hospital in an effort to set off a response from Ukrainian troopers, based on the Media Initiative for Human Rights.

A human rights organisation as stated the Russian navy are “threatening to shoot” at hostages who try to flee including that “sufferers who risked escape from captivity returned with bullet wounds”.

Mariupol is the centre of a rising humanitarian disaster, as meals and medical provides run out and help isn’t being allowed in. Town has been below fixed Russian shelling, with an estimated 350,000 residents trapped.