Rapper Pappy Kojo has posted a photo of himself and Sakordie with his hands clasped on his neck.

The ‘Yiwu Dross’ hitmaker captioned the photo, ‘Sarkodie is handsome’.

This has got his followers talking… 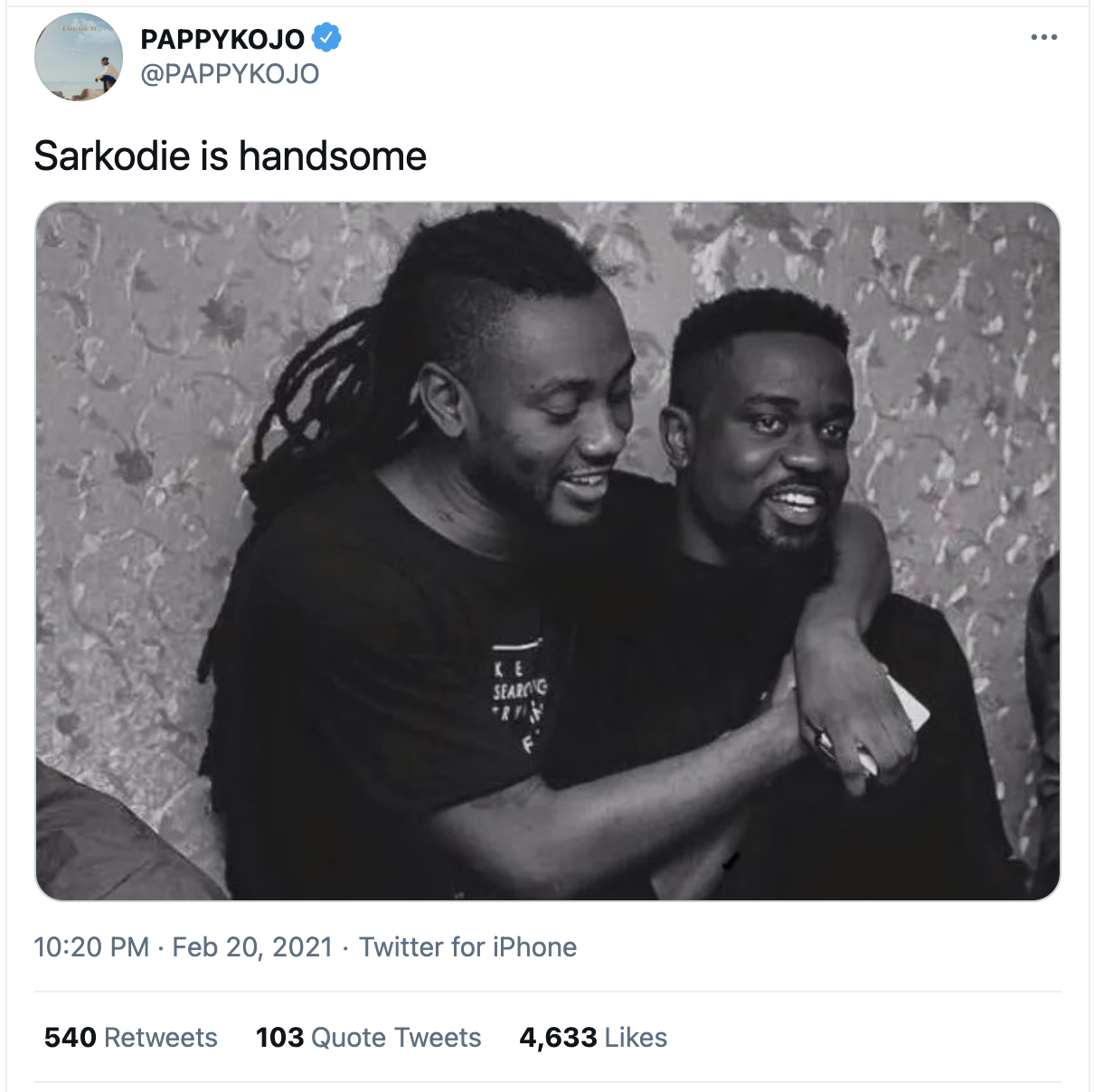 Below are some comments from his followers: 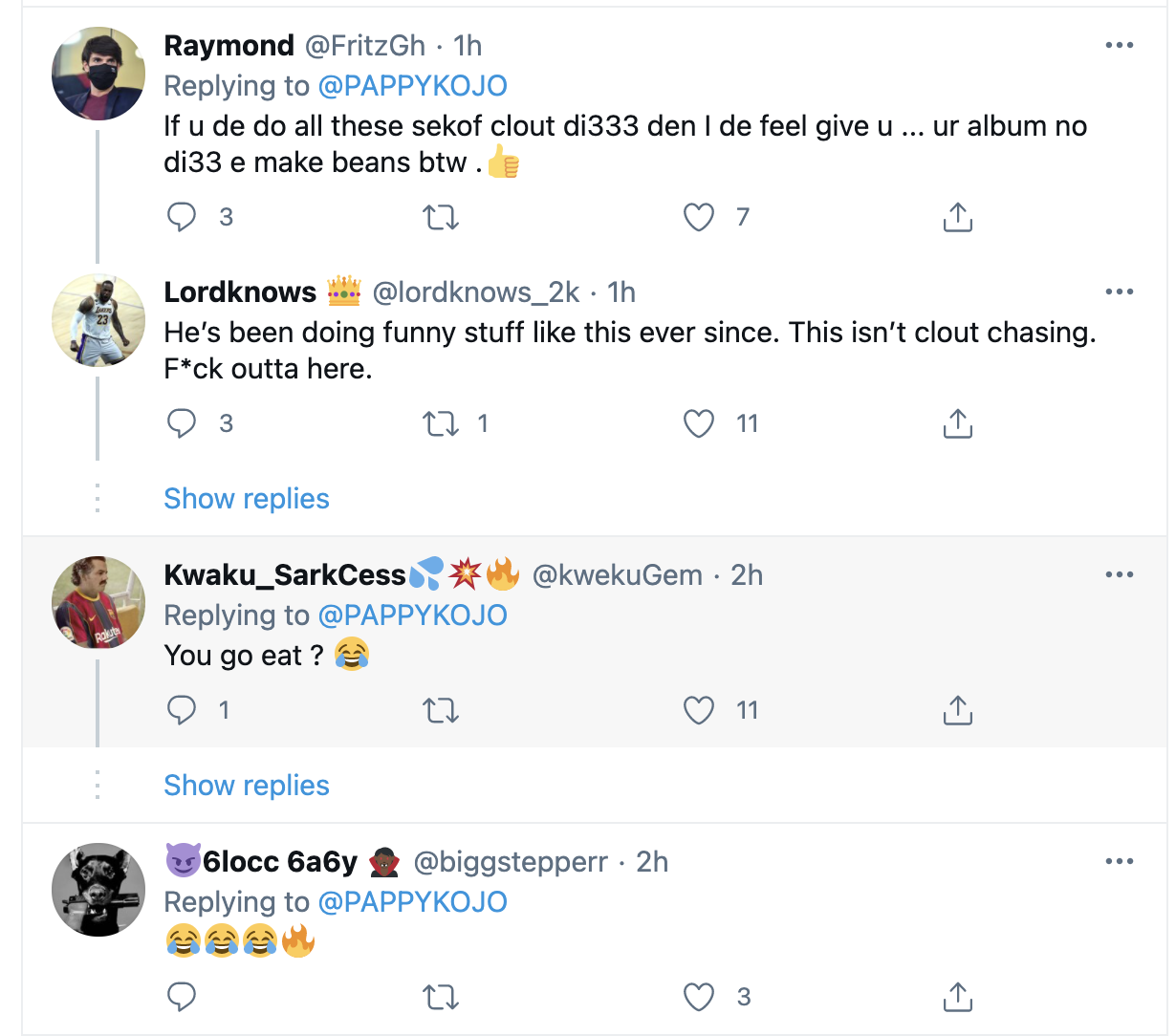 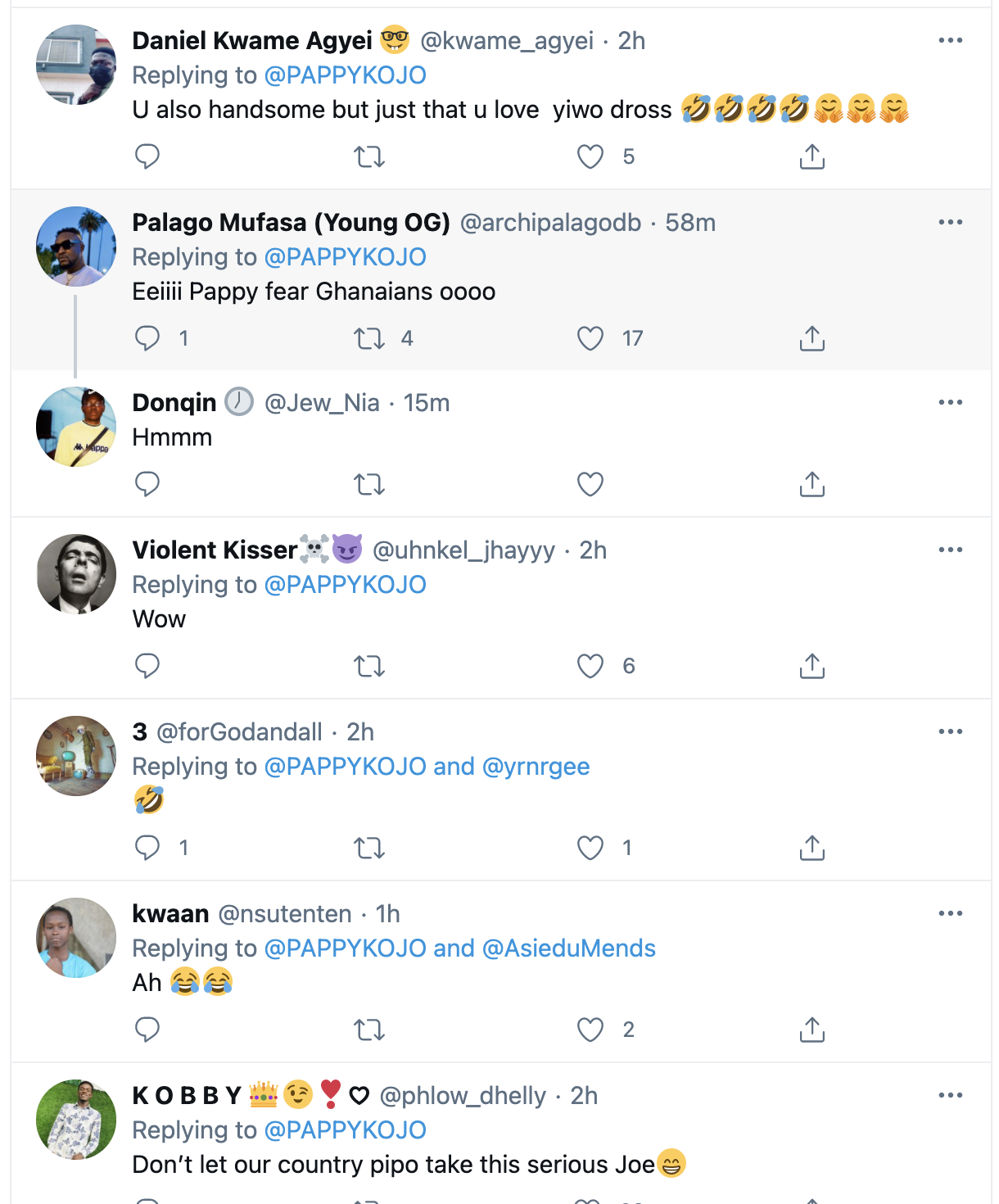 This is coming a few hours after Pappy Kojo revealed that he’s a gay.

The rapper in an interview with TV3 revealed he is homosexual and has a preference for a certain class of men.

Providing further details on the kind of men he prefers, Pappy Kojo mentioned John Dumelo as someone who is his ‘taste’.

“I am a homosexual man,” he said when he was asked by Giovani Caleb to confirm or deny rumours that he is gay.

“What is your kind of man? He was asked again.

Probed further on if he is aware that the laws of the country forbid homosexuality, Pappy Kojo said, ”You can’t change it.”