Sean Naude, the Sheriff Marshall of The Namibian Marshall Rangers CC (Emergency Action Response Unit) has announced that he has quit responding to emergencies.

He remarked that it took him 4 months of sleepless nights to come to this decision.

No more!
After 6 years of doing Wild Life & Domestic Rescues at my own cost and effort, I have decided I’m done.

I’ve spent hours searching for animals, driving many kilometers, damaged my vehicles, injured myself and risked my life several times.

So after a very restless night of thinking in perspective decided to save myself, my vehicles and what is left of my funds and withdraw from Rescues.

READ ALSO:  I gifted my girlfriend Ghc1,500 & never asked her but when she spent Ghc221 after my ATM card declined when we went out, she's been requesting for it

So please do not call me anymore.

For snakes and Wildife Rescues call M.E.F.T +264612842539 or go to the Facebook page for Snakes of Namibia for local catchers numbers.

For domestic animals call the S.P.C.A.

Thank you to those who supported me over the past 6 years but I just can’t carry this anymore. 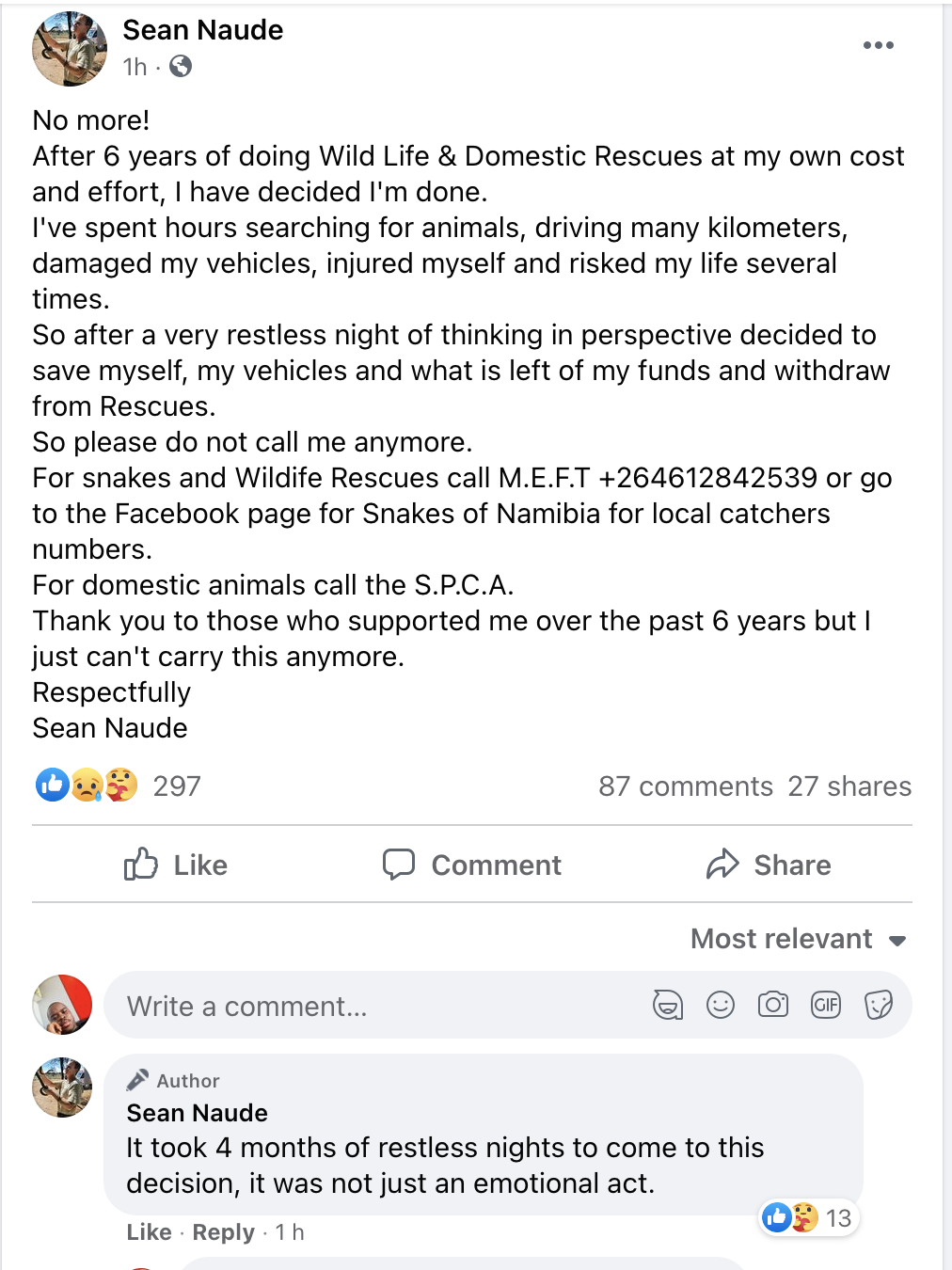