The ongoing hot beef between Shatta Wale and Aisha Modi has a lot of other names popping up.

The name of Shatta’s baby mama, Michy popped up in claims made by Aisha Modi.

From the way Aisha spoke, it means she’s friends with Michy and she (Michy) has been feeding her (Aisha) with information about Shatta.

A fan took to the page of Michy to blast her saying it was not good of her to send her baby father’s news outside.

“No matter what u shouldn’t carry ur baby father’s news outside, we love u but this one di33 u no force ah swear‘, the fan commented.

READ ALSO:  Shatta Wale set to release his Gift of God album in 2021

Soon after his comment, Michy came to reply saying the fan should not involve her in any nonsense.

The follower @vybzstar_fan_page after realizing his mistake replied Michy with an apology.

Furthermore, Michy also responded saying she doesn’t care if anyone wants to drag her in their topic this morning.

Below is a screenshot of their interactions: 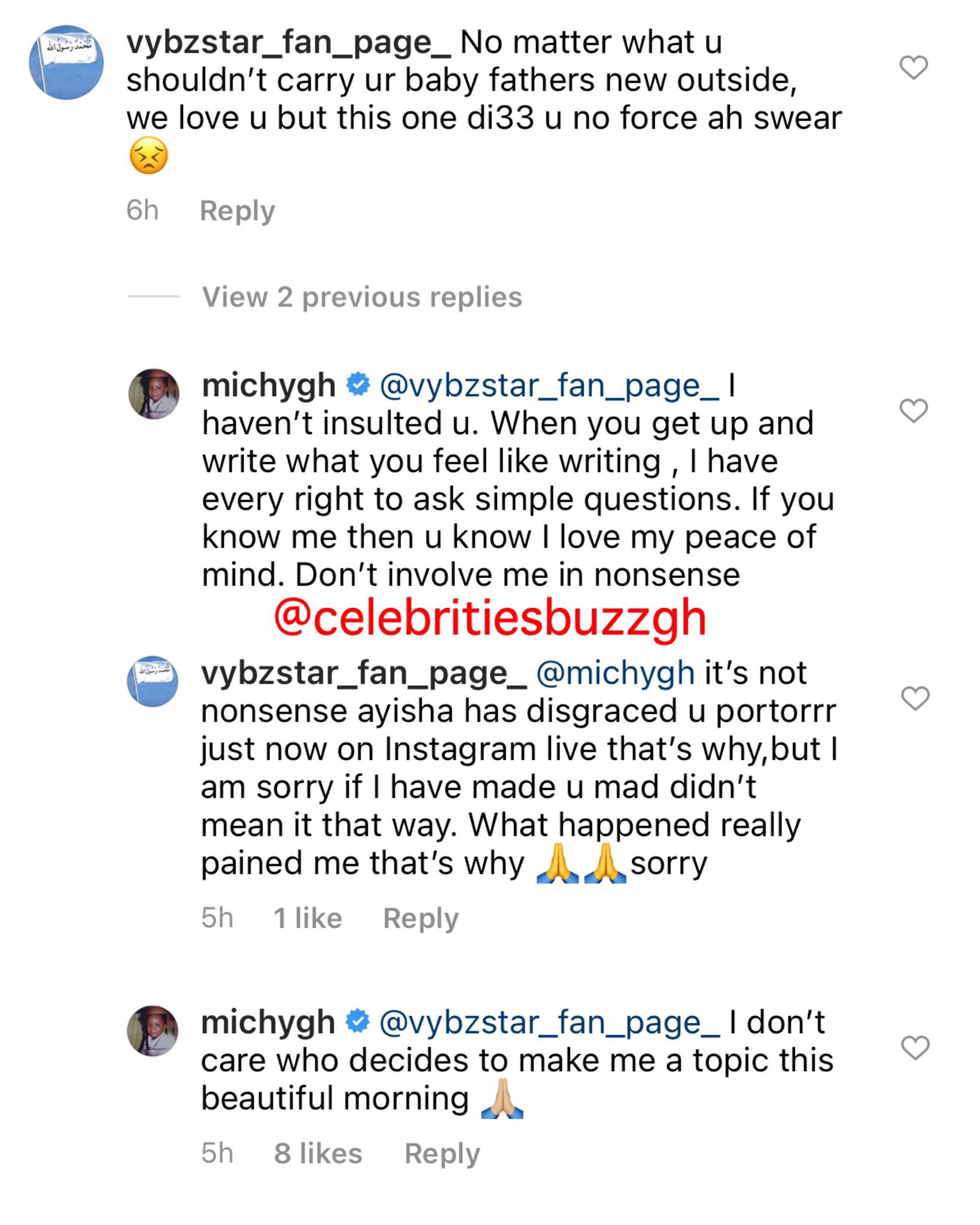 Below is Shatta Wale’s reply to Aisha: