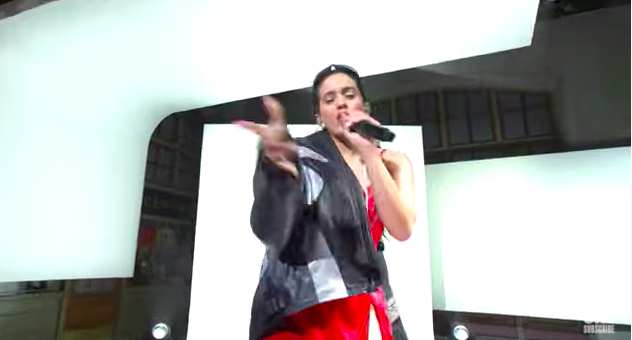 To kick off her set, the Spanish singer delivered a playful efficiency of her dancehall-tinged monitor “Chicken Teriyaki,” the third single from her third studio album Motomami.

Later she returned to the stage in a down comforter for a theatrical rendition of “La Fama,” her single that includes The Weeknd.

In a latest interview with Rolling Stone, Rosalía revealed that her forthcoming LP is “essentially the most private and confessional album that I’ve made thus far.” She additionally revealed that feminism is a central theme of the document.

“In my head, Motomami​​​​​​​​​​​​​​ is smart as an idea, as a female determine constructing herself,” she added. “So, that’s the way it goes: It’s nearly like a self-portrait, when an artist makes a self-portrait within the context of the trendy world.”

This week, each Rosalía and host Zoë Kravitz made their SNL debuts. Motomami is due March 18.