Gyakie is back from her tour in Nigeria.

As one of the hottest songstresses of the moment, every media house is eager to have her on their platform.

During one of her TV interviews this morning, she was asked if she’s a virgin and she replied in the affirmative — saying she hasn’t tasted the forbidden fruit before.

One of the the viewers who claim she was in the same school with Gyakie has come on Twitter to expose her for lying about her virginity.

According to Kofi Billo, he was Gyakie’s mate at school and it was his school father who was dating and ‘knocking’ her back then.

READ ALSO:  My next EP will take over the world, mark this – Gyakie

He tweeted: “I watched your interview on tv and when the host asked u ‘are you a virgin’ u replied ‘yes’ meanwhile my school father was the one who used to knock you down in AMASS Ksi. 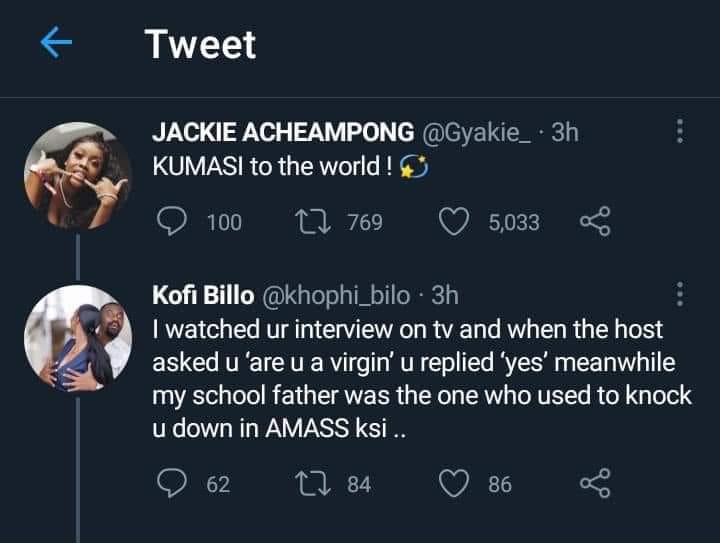 My next EP will take over the world, mark this – Gyakie

Gyakie, opened up on why she likes to record with the lights off.

Gyakie, others billed for MTV Base, YouTube African Day Concert