Tears flow as family reunite with son kidnapped 32 years ago

A  video has shown the emotional moment a Chinese mother cried uncontrollably as she reunites with her son who was kidnapped 32 years ago.

According to viral reports, Mao Yin was a toddler when he was kidnapped from a hotel in the city of Xi’an, China and sold to a childless couple in a neighbouring city. 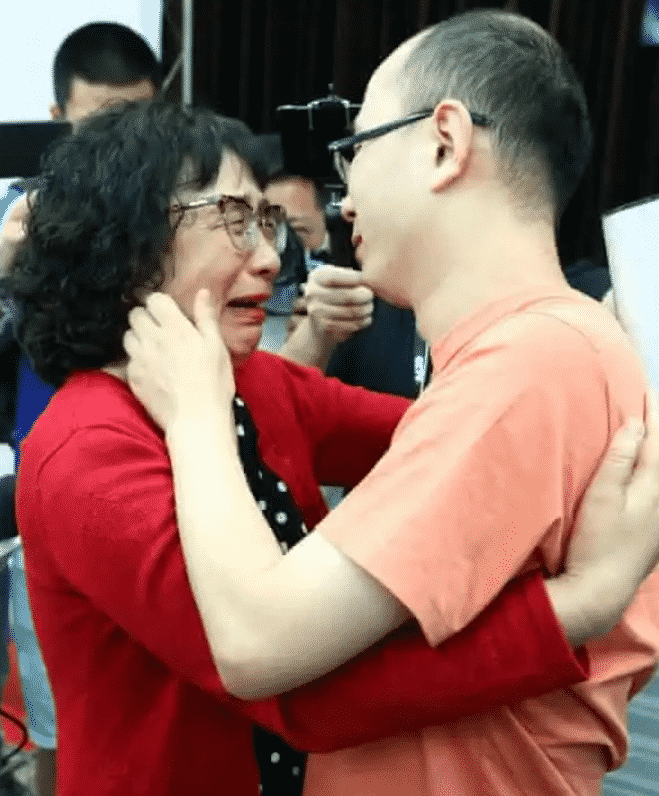 Following his abduction, the parents spent many years of their lives searching for him. His biological mother Li Jingzhi posted over 100,000 flyers around 10 cities and appearing on television shows to ask for help on finding her son.

In late April 2020, Xi’an police received a tip about a man who had bought a baby in the 1980s, according to news agency Xinhua.

Interrogations commenced immediately and Investigators used facial recognition technologies to analyze an old photo of Mao as a boy and came up with a simulated image of what he might look like today.

They compared the photo to the ones in a national database and were able to track down a man living in the city of Mianyang and going by the name of Gu Ningning. A DNA test proved Gu was Mao who had been kidnapped 32 years ago.

The Police later revealed that a childless couple had paid the equivalent of $840 in today’s money for Mao at the time of he was kidnapped.

On Monday, May 18, 2020, the family broke down in tears embracing each other after being reunited at a news conference held by the Xi’an police.

Watch the emotional video below:

Is betting among the youth becoming a National crisis? – Serwaa Amihere asks

‘Government did not bring NAM to Ghana, he walked into the country & reported himself’ – KOD exposes Ghana Police CID

‘I have learnt my lessons, my next government will not let Ghanaians down’ – Mahama reassures

Gun manufacturing base discovered at Alavanyo, Police ‘fear’ to move in